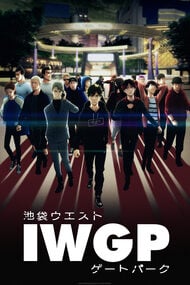 Crime-ridden Ikebukuro is a haven for violent gangs, the Yakuza, and home to Makoto Majima. To protect his friends, this charismatic troubleshooter mediates disputes among the warring factions—even fixing problems the police can't. But when a rising tide of violence results in Makoto losing a loved one, can he ride out the storm, or will he drown in all the spilled blood that floods his streets?

There are two colors that dominate IWGP and that’s red and blue – red for the Red Angels and blue for the G-Boys, rival gangs co-existing in the Ikebukuro underground. But the colors might as well be black and white, just for how ham-fisted and heavy-handed the story is about the morals it decides to impart to you per episode. IWGP is a series that gets off on itself by stepping up on a soapbox and preaching on and on and on, until the once-simple story gets drowned out by how self-righteous it wants to be so badly. There’s a fixer at the center of IWGP’s storyline and in this series’ dictionary, that only means he butts in on other people’s problems and not because he takes care of dead bodies for irresponsible gangsters. He is supposed to be a symbol of Ikebukuro in the story – no real allegiances and a guy who’s only out here to preserve the peace and smooth out any differences. But the further you get into the story, the more it becomes clear that not only is he not as unbiased as he claims to be; he is, in fact, only working to preserve the status quo of Ikebukuro. And by status quo, what he really means is that only the G-Boys should be the ones on top to maintain the order. He's a guy who mostly gets the job done thanks to multiple connections with the police, with other gangs, and an ominously-named hitman who only goes by “Shadow.” It’s actually unbelievable how many people our guy knows in the city, given that he’s supposed to be working a day job at his nosy mother’s fruit shop, but it’s because of these connections that we’re supposed to believe he’s one of the more powerful people in Ikebukuro. All this really achieves, however, is showing us how far up the ass everyone in this show is. For the residents of this Ikebukuro, there is only the existing status quo and disruptors of that social order. There is no in-between and everyone plays on the extremes and so there can be no hope for actual peace – just a long series of minor conflicts and other semi-violent methods to keep those conflicts from escalating further. IWGP enjoys preaching to its audience so much, that it almost sounds like an elderly politician running for office at several points. It claims to be hip and one with the youth because of its gangs, graffiti, street culture and overall kickass ending song. But its writing is basic and leaves so much to be desired. You could excuse the faults by pointing to the franchise’s age – it’s been around in Japanese media since the dawn of time, apparently, and even went on to influence a little something called Durarara!! – but if you’re still relying on preachy moral lessons and lectures to resolve conflicts in the Year of Our Lord 2020, then maybe everyone else should get a pass to clown you for showing your age. IWGP is a love story to Ikebukuro written by someone who lives in the well-off parts of Ikebukuro. It’s a love song written by someone who isn’t so rich that they’re unaware of life on the streets – but at the same time, it’s also someone who lives a good distance away from what’s really going on there, that they have the luxury to dream of all sorts of superhero-like scenarios and fantasies with the gangsters they insist on romanticizing. Street life isn’t an unfamiliar concept to IWGP, but it's a world IWGP can't ever be a part of, either. It wishes it could, though. And that's just too bad for it, and for us too, who've had to put up with seeing these middle-aged fantasies play out week after week.

So I watched the whole thing and it's a good anime to watch if you're bored. But if you are looking for something with a storyline then I don't reccomend this.Honestly it's pretty slow but interesting enough to keep watching.The last two eps were probably the best out of the whole 12 eps.There really isn't a coherent storyline each ep is just a different problem that gets solved there isn't really any development.You don't really feel anything towards the characters since theres not really any development.But if you have nothing to watch then I reccomend  this if you enjoy gang-related stuff.  Animation wise it's good, has similar  animation to the anime "Given".The fighting scences are animated well too.  If i have anything to pick at this anime is the storyline, since there really isn't one...every episode is just solving another probelm issue, besides that there really isn't much else.Also you don't really get to learn about any of the characters so at times I was confused on what was going on.  But I was pretty satified with the ending, I reccomend this if you want something simple to watch, with some action and gang-related stuff. It has some dark elements but nothing to exterme. 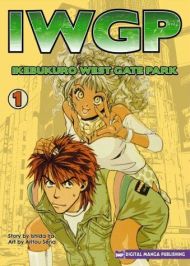 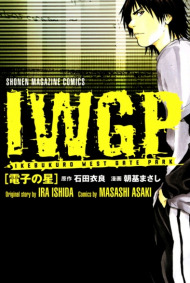