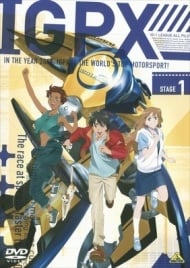 In the year 2049, teams of giant robots battle the field and race to the finish in the most popular sport in the world, the Immortal Grand Prix! The rookie Team Satomi thinks it has what it takes to win big and get the gold, but plenty of obstacles and opponents stand in the way. Amongst others,Team Black Egg has an invulnerable defense; Team Sledge Mamma plays dirty; and Team Velshtein is undefeatable. In the high stakes arena of the IGPX, can the hotshot Takeshi and his team of miscreants manage to win the ultimate fame and glory? 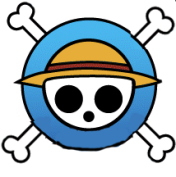 The first thing to explain in IGPX is how it started. It started in the mid 2000s, during the time when Toonami was king. So 26 episodes later and now I have a verdict. Listen, if you would. The story is not that complex and doesn't go too in-depth into the technical aspects of the machines, but a few technical terms are in for realism. It's the year 2049, and the top sport in this time is the Immortal Grand Prix, also known as the IGPX. This is where robots made for racing and battling race around a 60 mile track 3 times. The teams have three places to fill, speed, midfield and defense, and the race's are all about how the team works together to win. The protagonist is named Takashi Jin, who is part of the IGPX team, Team Satomi. After just winning the IG 2 (the 2nd tier of racers), Team Satomi advances to the IG 1, where they'll have to race for the championship against 5 other teams from across the world. Each season of the show covers each season of the IG 1, and that makes logical sense. And so the quest for Team Satomi rising to the top commences. For a suposed mecha show, instead of going into the technical aspects of the robots, it rather focuses on Team Satomi's financial issues and the team's issue to cooperate. If you compare the races in the first episode of the first season to the last, you can definitely see a drastic improvement in the racers skills. Since this is being made by Production I.G, you can expect nothing but excellency in terms of the animation, and it delivers. CG in many different anime don't work and feel out of place, whereas IGPX has a perfect balance and the CG is actually really impressive. The soundtrack wasn't so memorable in my opinion, but it works for what it is. Some pretty big changes happen in season two, it takes more of a drop when Takashi gets all emo for a large portion of the season and because they aren't rookies anymore, there isn't any real incentive to care if the team becomes the champs again. So in short, season one is far superior to season two. So overall, you need to watch IGPX. I just don't understand why something made by production I.G can be easily overlooked, considering they made the classic, Ghost in the Shell. Just note, the series doesn't get better in season two, but season one is definitely worth watching. Spread the word, watch IGPX! 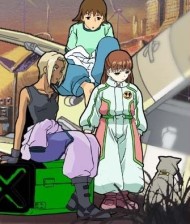 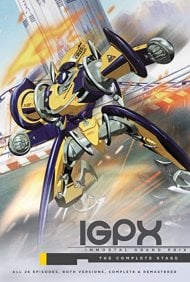