If I See You in My Dreams 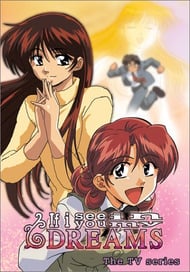 Twenty-four-year-old Masuo has never kissed or held hands with a girl in his life, much less had a girlfriend. Nevertheless, the school teacher Nagisa, whom he's infatuated with, has agreed to go on a date with him; and his co-worker Miho has fallen in love with him. Masuo finds himself torn between the two of them as he attempts to maintain his friendship with Miho while pursuing a relationship with Nagisa, but Miho hasn't given up on him and her continued advances make Nagisa understandably jealous. Will Mauso find the courage to turn down Miho, or will her persistence win his affections?

In my long list of anime watches I've come to the understanding that weak, timid, clueless, idiotic, and down right pathetic men get the best and cutest of girls.  This goes against everything I know in real life and it sorta pisses me off normally.  I fucking hate harems.  It's always a guy like this one in If I see You In My Dreams that has no good qualities whatsoever but has all the worst and best luck in the world.  And it's the kinda best luck we wish we all had but will probably never get. Though the main character fits this description to the T he also doesn't.  Yes, he has amazing luck by catching the interest of a super cute girl at his work who happens to be wealthy and the super hot and cute teacher, but other then that his luck is simply awful. IISYIMD does so well is give you a touching story about how such a guy with such horrible luck uses persistence and help from the girl friends to win over the very beautiful teacher.  7 minute long episodes hardly seems enough time to get any development in but through a span of 16 episodes they find a way.  They rip this guy to pieces over and over again but he never gives up, he always trys.  I thought I hated him at first but he grew on me after 5 episodes. The story is well paced from episodes to episode and you'll really get to see the emotions these characters portray well.  There's plenty drama to arouse your emotions and nothing is out of place or stiff in the choices the character makes. I found it a very sad tale and yet charming and loving.  It bring you to a place of comfert where you think everything will be alright if he keeps on at it then shows you a bitter reality of things. Recommended for romance lovers.  Not highly, but still a good watch.

Before i give this short review let me start by saying J.C. Staff has put out some of my favorite anime's next to MADHOUSE which is basically tied with J.C. Staff as far as putting out good anime and in great varietys.......the majority of Romace/Drama/Ecchi/Harem anime's J.C. Staff have put out are some of my favorite anime's, some of them even being in my top 10 for the 4 genre's i listed, but i have to say this was a little bit of a let down, don't get me wrong, i enjoyed this anime but it lacks a lot, maybe because it was released so long ago, i'm not really sure, maybe it was on of J.C. Staffs first releases, that i am also not sure of because i dont know how long J.C. Staff has been around, but this story was very repetative. There are a total of 16 episodes running at around 7 mins each, and they all very repepative, it is hard for me not to enjoy an anime especially involving romance which is probably what pushed me to finish this one, that and it isn't very long, but if you aren't a sucker for romance anime's like myself, this is going bore you very quick and even possibly even piss you off, i won't reveal any details regarding the ending of it except the fact that it wasn't very dissapointing or satisfying, had the anime been better and caught my eye maybe i would have been upset with the ending because it isn't neccecarily a happy or sad one, at least in my opinion, again i'll say it probably didn't affect me much or do much for me because i didn't get that into the anime, though i watched it thoroughly, anyways that basically it for my review, i honestly can't think of any romance anime i would suggest to watch if you enjoyed this because it litteraly wasn't like any anime i have ever seen, if you get into it then i guess that's your opinion but to be honest i wouldn't even suggest watching this anime, that's litteraly how boring, repetative, and a waste of time i found it to watch was, this the only time i have ever been dissapointed by one of J.C. Staffs anime's. 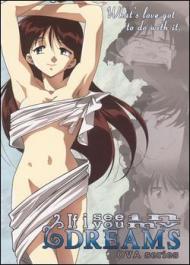 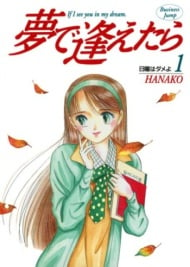