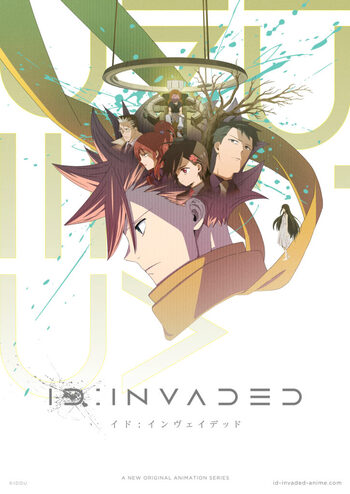 I had to spend some time, in the beginning, to get used to this series term, the well and everything else, it's quite complicated in the beginning but the more you watched the more you want to see more and want to know what's going to happen with the brilliant detectives Let's talk about Sakaido, apart from having the voice actor of one of my favorite male voice actors, his character was really interesting, he completely changed from a policeman to a serial killer, but a different one since he only kills other serial killers, or make them do suicide. His past and how his daughter and wife got killed makes you really empathetic about how he turns out, I even was with his side to kill those horrible murders. Overall, I really enjoy this anime, although there was a simple animation that I didn't quite like, however, the story and the character, even the bad one, were all interesting especially with the backstories of the serial killers and how could they go into their minds. I wonder if it was this in real life and how would it be helpful to catch murderers.

What would the mind of a killer be like? That's the question that ID: INVADED revolves its whole storyline around. Story ID: Invaded has an intriguing storyline as we follow a man with no memories of his own enter a mysterious world, where he plays the role of a detective and most solve the mystery regarding the death of a girl, whose name he remembers as Kaeru, causes him to remember his own name and job to play. That's the initial premise that ID: INVADED pretended to sell to us, but as the show progresses you can see that things run much deeper than we initially get to see, as the "mysterious world" is actually the representation of a mind of a killer, and the main guy, whose name is Sakaido, is actually a criminal arrested under the charge of murder.  The story basically revolves around Sakaido, a Well Diver, entering the different worlds of people who had killing urges and acted upon them, the worlds being called ID Wells, helping the investigation team uncovering their identity and later leading to their arrest. However, the story ends up falling off grace with its ending, which I will not spoil, but it didn't tie the ends too well, not for being predictable but more for the villain's reasoning not really tying in the knots of the plot that well. ANIMATION In the animation department, I have to say that it's pretty good. There wasn't anything that I particularly would say that I dislike about it except for one of the fights looking a bit off, but other than that the character designs are nice and the worlds that we see Sakaido visit are all unique in their own way.  SCORE The score was my favorite aspect of this show. I really liked both the OP and ED, but lean more towards the ED due to how dark it sounded, making it fit with the dark, twisted personality of our protagonist. The soundtrack has a combination of both tracks with lyrics and without them, including songs being fully in English at times, which I think it's a cool touch. The soundtrack used for the show manages to give the right emotions for each of the situations that our characters find themselves in, which made the show quite an immersive experience for me. CHARACTERS There's a bunch of characters in this show, so I will just mention the important ones. First of all, we have Sakaido, or how he is known in the real world, Akihito Nahirisaigo, a former police officer that became a killer after losing his daughter to a serial killer.  This man, has the perfect combination of being absolutely merciless and compassionate towards others, which makes him an interesting protagonist for us to follow through this story.  Our other important character is Koharu Hondomachi, a girl that is an actual legit adult despite appearances, that works in the Field Investigation until an incident with a serial killer ends up damaging part of her frontal lobe which changes her perception of things. She is known for her incredible deductive skills that allow her to solve the cases with ease, however her readiness to kill if the case calls for it ends up landing her as Well Diver. I dont' have much to say about Koharu, she did have her role in the show, but I felt there could have been more done with her character like Akihito. And our third important character is Tamotsu Fukuda, a serial killer known as the Perforator, who after being captured and imprisoned ends up being used as another Well Diver, who goes by the name of Anaido while visiting the ID Wells. He is eccentric and is shown to be much more intelligent than the investigators credit him for, earning him a spot in the spotlight. He's mostly seen like a nutcase for most of the show until the last episodes, where you see the reason he acts the way he does. The implied feelings he had for Koharu, were a bit weak in the show. There's also the secondary characters like the Investigator Team I will be honest here, and the truth is I can't remember their names. Their only role was guiding Sakaido through the ID Well while the Field Analyst did all the work of going to the serial killer's place and the police arrested them. The show really slept on all these characters and didn't really gave them any personality so to speak of which made you not really care about what happened to them. On second thoguht, there is one character I remember, Kazuo Wakashika, but I only remember him as the Sakaido fanboy since he was always so into Sakaido solving the mysteries. Another character that's supposed to be important is Funetaro Momoki, which serves as a reference point of Akihito's past as a police officer. He is shown to hold some empathy for Akihito as it is said that they were friends in the past, but you don't really see anything that values his claim, so you will have to take him for his word. I purposefully left out talking about Chief Hayaseura and Kaeru since their role and importance to the story is pretty much a big spoiler. In conclusion, characters is pretty much the weak point of this show. CONCLUSION Overall, despite its flaws ID: INVADED has been the most enjoyable detective show that I have stumbled so far. Unfortunately, these type of shows don't get sequels, but if there was one where we could get some actual closure on the ending regarding a certain character, I would consider watching it.

It took me a while to get into this series, but it was definitely worth it. Generally I am not interested in mystery focused story lines, which is why the first few episodes didn't catch my interest as much. At first, it appeared to simply be investigating serial killer mysteries, but then the story became deeper, going into the association and the investigators themselves. It was interesting to me because it explores the different possibilities for what the unconcious is for the many different killers and how they became murderers. If not for Fukuda, I probably would have given the series a 5 or 6, but after a significant plot change halfway through, I had a change of heart. Originally when I met this serial killer, I thought he was creepy, strange, and did not care for his life at all. However, once learning more about him and his past, I found that he was more a victim of his life occurances and didn't want to become a murderer. After this, I found myself moved, and got a punch to the feels in the end. Because of this connection and character, my overall rating for the series and rating for characters was increased. He was honestly one of my favorite things about this show. I also really enjoyed the music. It was well utilized during action and I enjoyed the opening and ending themes. I would recommend this series. I think it will be especially enjoyable for people who like to watch mysteries and for people who find exploring the mind and unconcious interesting. It definitely has some blood and situations where people are murdered, which could make people uncomfortable. It is a show that makes you think and will keep you interested until the end. After the final episode, I felt satisfied and didn't have any unanswered questions. The story was concluded nicely and it gave a look into the future of what these characters will do, without opening new doors that would leave me unsettled. I couldn't have asked for anything more from the conclusion of this series. My main criticism was that sometimes I had trouble understanding what was going on procedurally to solve the mysteries, but this did not interfer with my appreciation of the story. ID: INVADED is a rollercoaster of a time, but it was very enjoyable! 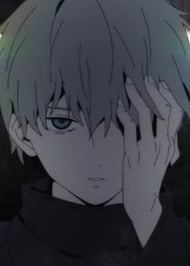 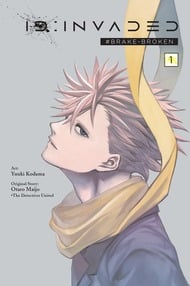