Alt title: Strawberry 100%: Please Come and Get Me! Always on Your Side 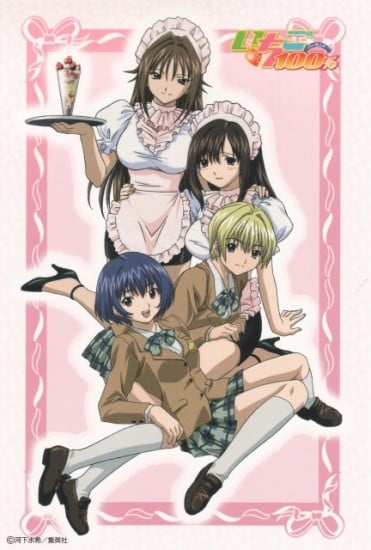 Heaven’s Lost Property The Movie: The Angeloid of Clockwork

Hiyori's a sweet, shy girl who's used to living in the background. Now, the wallflower is ready to bloom and reveal a big secret: she's totally infatuated with Tomoki! To get closer to the dirty-minded object of her affection, she joins the New World Discovery Club. With Tomoki's lazy love of peace and quiet, he's not interested in accommodating any new Club members and tries to scare Hiyori away with his usual perverted antics. Nonetheless, she remains committed to her crush and starts bonding with Ikaros, Nymph, and the gang until a sudden, tragic accident changes everything. It seems Hiyori has a deeper and more dangerous link to the Angeloids than anyone suspected! How is she connected to the Synapse? Why is she trying to kill Tomoki, even after confessing her feelings?

While Nymph struggles to life without a master. Tomoki still as perverted as ever is still scheming. This time he comes up with a sure fire plan to see half naked girls. They all head to the an indoor water park owned by the Prez Mikako Satsukitane.

Ureshiko Asaba lives a double life. By day, she cleans a boarding house, but when danger awaits or a little magic is needed, she transforms into the magical girl Agnes! Though Ureshiko means well, her magical powers often backfire or don’t work quite as planned; regardless, she holds the title of Manager of the town that she lives in, as designated by the elders of the magical Realm. Having been separated from her estranged husband for some time now, Ureshiko would like nothing more than to fall in love again, but she is held back by an important reason: if she kisses a human, she will lose her powers forever. Now, with a rival magical girl after her title and a new young man named Tatsumi at the boarding house, Ureshiko must balance her duties as Manager with her feelings for Tatsumi, while she decides what to do with her future.