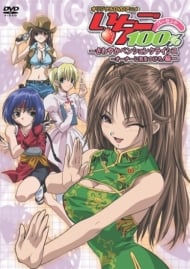 Story: You know, I enjoy plots as much as the next guy and when I say plots, I mean panties. Usually it'd be boobs but Ichigo concerns itself with panties more. But it also concerns itself with them by having them in the plot, and I don't just mean it as a basis for the original series but as part of one of the OVA episodes because strawberry panties are very important. Specifically strawberry. But important in the final OVA episode, and I'll get to it in due time, specifically. As a whole, they're random chapters taken from the manga. Random chapters and it introduces new characters, not pulled from the ass for the sake of more tits and ass, but from the manga itself, and kudos to it, even if the two introduced aren't as good as Nishino and you can bet your ass I'll be praising her throughout. The episodes remind me of the original series, from the way things pan out and shit reaches completely new levels of dumbfuckery, how it gets so fuckballs stupid that I stare at my screen at disbelief as women who are screaming in terror hug the sexual predator that is Junpei with their cleavage, nearly sufficating the lucky bastard and the sheer urge to bitch slap Junpei constantly rises at every stupid thing he does. And the timing, the ludicrous timing that some of the characters have. The supposed culture festival episode in particular, that was borderline painful at times despite some moments of ball-crunching funny. I don't mind ecchi, as my appreciation and enjoyment for it randomly increases and decreases, but some of the shit that went down was terrible, almost laughably bad. It cranks up the sleaze and reaches a climax in the third episode, so over-the-top that it's a wonder their balls stayed intact. The most important one, was the fourth episode, which started off pretty crazy and bizarro and then it begins to dawn on you. You finally pick up what was happening and then the double-header appears like a kick in the balls. That one moment, the moment I so desperately want to spoil but can't, that moment broke me. It was the most horrible moment in the series. If I continue with this, it'll degrade into a profane rant. Animation: It actually looks better, kinda bad but better. Animation wise, character designing thingamabob, Nishino who looks absolutely lovely and everybody looks good, except for Sausage Lips. He's always ugly. And plenty of panties, because when you watch Ichigo 100%, you watch it for Nishino and strawberry panties. Aaaand... fanservice. Might as well give it points for that. Also the EP, excellent animation there with the OP combo of more fanservice and joyriding spinning strawberries. That shit's fly. But... I also have to deduct it points for whores and... episode 4 moments. The first one was in episode 4 but you know, whores = bitches and harem and shit. You know? And that episode 4 moment? You'll know it when your eyes scream. Sound: I have no idea what the OP or EP sounded like. I can't remember them but I'm sure, almost positive that they had that Chuu-chu-wa~ and Da-da-de-da~ bits and those are always hilarious moment ruiners. Voices were the same but I think my brain purged what it could. Characters: This is an OVA about a panty series about panties. Strawberry panties. It's not suppose to "develop" or "deepen" unless either word refers to cleavage, ass or some sort of innuendo. The two new girls aren't particularly good, annoying even, shoehorned in (In particular Mozoe- Mozue- Shy girl who wants Manaka's nuts) and quite frankly, do shit for whatever the plot of the OVA is. I'm just giving it a three because I gave characters last time a 3. Overall: My enjoyment for this varied wildly. It was funny at parts, painful at most, soul-breakingly bad at the end and Episode 4 weigh's heavily, and I mean HEAVY. It's 1/4 of the thing after all and this is terrible overall. As much as I generally hated it, I have to give credit where it's due: Nishino.

STORYI'm not going to get much into the story because...? Yeah why? Well the point is I can't find anything in it what I can grasp to. Everyone who watched this anime (not only OVA but other Ichigo 100% stuff also) know it's bad...sooo BAAADDDD...Anyway, I can only imagine how confused people must have been when they choosed this anime to watch AND they have not read manga earlier (FACT: OVA were released one year before TV series and OVA tells the story after TV). I mean..WOW.. There's no exposition at all. If you have not read the manga you would not know WTF is going on there. You can ofcourse think of any kind of explanation. But the point is that we should not have to think about "what the heck is going on and why that girl is sleeping in his bed?" "what the fuck is that?" "who the fuck are they?" "it's his sister?" "what?"Fortunately we have Internet now and we know what to watch first. Sadly it's not helping much. The story still sux. I love ecchi, bah i can even watch romance once for a while but Ichigo 100% is neither. First of all, the "ecchi ammount" is not satisfying, yeah I am a pervert and I expected more from this anime.Let's forget that it's ecchi and think about rest of the story. Well.. beside ichigo panties we have....love..and..people who want to make movies. I have to be honest the story and characters are very undeveloped and it's really borring. I sit through the whole anime (TV, Specials, OVA) just to have the overall view about it. TV was borring like hell but OVAs are funny like hell. That's why i gave it 4, it continous the borring scheme from earlier plot but it WAY funnier. If OVA is funny why they made TV so borring? After all TV was made later?Sorry I just could not make any sense when I try to think about the story.ANIMATIONYeah that's more like it. I always like how MADHOUSE do their job. Animation is good very good. Level of details if high enough to make me wow a little. You just can't whine about their work. Although I don't like the chara design. Girls are OK but dudes in this anime (once again it's the same in all Ichigos) are just weird. When I first saw them they remoind me of a Pokemon. It even fits.. "-Junpei Junpei!! -Junpei ATTACK! -Junpei! Junpei!"Nothing more to say about animation. High quality job so I won't talk much more.SOUNDEnding and opening bored me like hell. SFX are fine but nothing spectacular and music? Hmm.. I don't remeber music at all.. that means it wasn't good enough to make a speciall space for it in my memories of great anime music. I'm sure there is some soundtrack but it's nothing speciall again (just like sound effects). All the voices seem preety fine to me. Each seiyu plays his/her role and develops at least a bit these borring...CHARACTERS!Man... I almost felt like watching a lame american porno. All the characters are sooo empty and they all seem unfinished. The only character that develops just a bit (but only a little bit) is Junpei (GOD thank you they at least worked with main character). We have a nice herd of good looking girls, one cool dude and two geeks. As of ecchi anime I expect to some nudity when we talk about girls but nothing like this takes place. Onegaiiii... the girls look so fine why you people didn't make them more ecchi? Panty shoots are not good enough, they do not satisfy me (us). To sum up: they made borring characters with no personality and what is more they don't show them naked?OVERALLAs you can see I mainly focused on the story aspect. Because that's the crucial element in every anime for me. If the story is great i can bare with poor animation and sound. But if story sux, then characters sux. If you are a big ecchi fan (like me) you are going to be very disappointed, if you plan to watch this anime to kill some time I realy don't recomend it. Watch it only if you want to know what it is about and to have some experience with bad ecchi anime (for example your friends watched it and you want to discuss it).feel free to comment/criticise ;)

While on a hiatus until the site I am currently watching a little show called Girls Bravo on decides to release new episodes. I felt I needed a fix of that panty driven echhi. I decided wonder to my trusty "want to watch" on our site Anime-Planet. I was as clear as day that it was going to be Madhouse's own Ichigo 100% OVA. This will be the third out of the four installments of this franchise. Without skipping a beat it fall right into place. When you stumble upon any of my reviews you start to learn about some of my guilty pleasures one of them being OVA's. With summer vacation over, Junpei and the gang are back for another school year eager to start working on there latest film project. Will there film get done. Only if they can put there egos and there urges aside. Story is pretty typical as the series continues and in the genre of Ecchi/Herem. An OVA is perfect for a reflection of school life of any caliber. Animation is clean and crisp. I rarely expect less from the animation house of MADHOUSE. Soundtrack is basic. Fun opening and closing J-Pop songs, inside the anime is just average. Almost sounds like a Carnival Cruise house band. The character don't miss a beat.  It been a while since I've watched or review anything Ichigo 100% but all the character feel memorable as if it were the first time watching. Not for everyone. If you love your Ecchi then Otaku rejoice!PandaBeard! 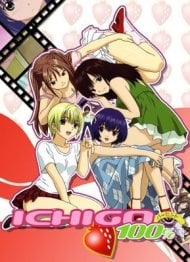 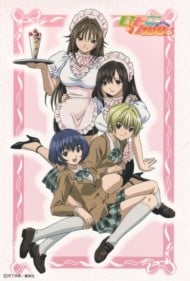 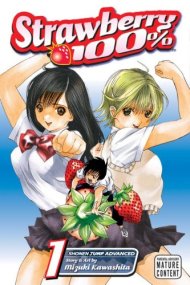 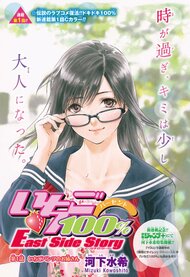