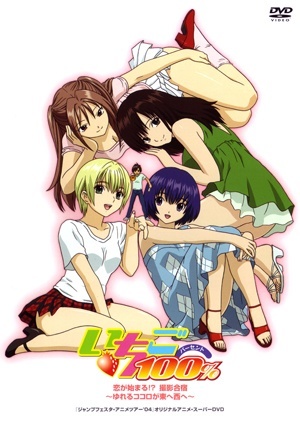 Kamishiro Tomoki is an Otaku who is studying for college. One day, he received an outrageous "package" from his father: 9 year old blond girls who are his dad's illegitimate children from one of his business trips...... The twins, Selly and Riru are completely spoiled and drives Tomoki crazy. Not only that, the sisters have a "secret" plan to kick out Tomoki and claim the house just for themselves. Will Tomoki manage to make peace with the girls?

Thirteen-year-old Kouta's life was changed forever when the busty high school student Natsuki forced herself into his life. As his father is constantly away on business, the girl offers to live with Kouta at his house, tending for his needs, cooking for him, and even washing him in the bath. Meanwhile, amidst the endless temptation before him, Kouta also must deal with the affection of Kanade, his fellow classmate. One thing's for sure, Kouta's once boring school life has come to an end!