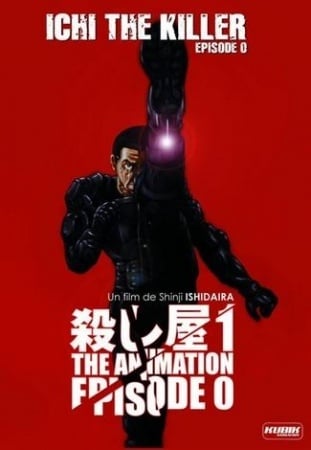 StoryViolence? Check! Blatant and explicit sex? Check! Animal torture and otherwise deranged murders? Check! It could only be one thing: Ichi the Killer. Let's get one thing straight: I haven't seen the disturbingly famous Ichi the Killer live action movie, nor do I ever intend to. Torture for the sake of torture isn't my thing, and the only reason I picked up its prequel, Ichi the Killer Episode 0, is to add it to the database. After sitting through its entirety I can say one thing for certain: Ichi the Killer Episode 0 lives up to its predecessor's notoriety. This short look at a brutal, masochistic murderer is told in an abstract and oft-confusing way. Mostly the story is a character study of Ichi, depicting his troubles at school, lack of friends, and other key points that ultimately lead him to a breaking point of gloriously gory proportions. Ichi is bullied again and again, betrayed by one he calls a friend, and pressured into horrible situations with disastrous consequences. Given that you know how things end, you can't help but wait anxiously and nervously for the hammer to drop and Ichi's killing spree to begin; and once it does, things get messy, quick. Plenty of Ichi the Killer Episode 0 is just as I'd imagine the movie would be: torture for the sake of torture. Though I'd never watch the OVA again, it definitely manages to be effective and evokes just the sort of emotions it aims to dredge up: disgust, horror, and a bit of morbid fascination. Ultimately, I guess the true test of Ichi's effectiveness is the bit of empathy you feel for his character near the end: though he's an insane murderer, he became that way for a good reason.   Other than the mindless violence and character development, there's little to be found in the story, but that's ok. There's a bit of a back story about the other characters in Ichi's life and how they contribute to his downfall as a human being, but ultimately you'd watch Ichi for the violence, plain and simple. It's violent, it's gory, and it's filled with so much horror that it's hard to stomach; but that's the point, and Ichi the Killer Episode 0 achieves it easily.AnimationIchi the Killer Episode 0's animation is surprisingly bad in a lot of ways: overly-simplistic and crude character designs and jerky movements mar the screen, and the gore is so excessively violent that sometimes it's too hard to handle (especially the animal torture sequences). Also on a neutral note, there are plenty of violent and explicit sex sequences - but given that one of Ichi's traits as a psychopath is the link between violence and his sexual desire, leaving them out would have been less appropriate than subjecting the viewers to them. That being said, other elements of the animation - while bizarre - are a bit more interesting to watch: still scenes of backdrops with a solid overlaid color seem to indicate Ichi's moods, and the occasional abstract collage of Ichi's face often accompanies his bursts of rage. Still, these positives don't outweigh the shortcomings. Overall, a 5/10 for trying, but visually Ichi the Killer Episode 0 could have been a lot better.SoundUnlike its poor-quality animation, Ichi the Killer Episode 0's audio is perplexingly entertaining to experience. Throbbing techno beats blast their way through many scenes, and the intro song in particular is especially unique: a sample of Ichi yelling is frequently repeated, giving you a glimpse of the madness to come. Near the end of the OVA this same track is played once more as closure.CharactersA loner, a victim, a lost soul and a murderer; Ichi is each of these things and more. Ichi the Killer Episode 0 can't be watched without the understanding that its sole purpose is to develop Ichi into the monster he becomes, and that road is filled with emotion and heartache. While it's difficult to look past Ichi's misdeeds and horrific bouts of violence, in a small way you may also find yourself feeling sorry for him - and that, regardless of how twisted and depraved this anime may seem, proves its effectiveness. Others aside, I found myself cheering in a tiny way once the shop drops - literally - on Ichi's relationship with his abusive "best friend." Other characters are introduced, but none of them really matter. Ichi's counselor has an important part in his development, especially once the credits roll; a young seductress is unveiled and subsequently degraded in a variety of ways; and Ichi's parents are often on the screen, though usually they aren't wearing any clothing. Each has an impact on Ichi's psyche, and the results are apparent and frightening. Yes, seeing Ichi's descent into madness is disturbing - but it feels real and will evoke real emotions in you from seeing his plight. Hence a very solid score of 8.OverallIchi the Killer Episode 0 is violence for the sake of violence, period. But really, what can you expect with the title's namesake? Would I watch it again? No way. But would I recommend it to people? Absolutely, with conditions. People desensitized to violence would be able to easily swallow this tough pill, fans of the live-action movie would consider it a must, and overall it's bizarre enough to warrant a single viewing - provided you can get past the bad animation and excessive gore/sex.

Quite a long while ago, I read the manga Ichi the Killer. Not much of it really stuck with me, except for the abundance of ultra-violent scenes and other messed up stuff. There were also some very memorable characters, most of all the main character: a messed-up crybaby who is also a psychopathic killer. And this OVA is basically his origin story. So yeah, if you didn’t expect this yet: the OVA is full of violence as well, plus some highly disturbing sexual content, bullying, animal abuse and other stuff to mask the rather unimpressive plot, which honestly doesn’t do much extra to explain how Ichi became a killer. Characters remain largely unexplored, except for Ichi, who is just unlikeable. Sound The techno beats didn’t feel like they fit the atmosphere imo. It should also be noted that I watched the dub, and the voice acting on that version is atrocious. Visuals Ugly is the main term for the visuals. Both intended (in the gorey scenes, ugly would fit well) and unintended (ugly character designs, bad animation, jerking movements…) Overall It’s probably okay if you’re really into Ichi the Killer (either live action or manga), or if you really want something violent. But currently there is definitely a lot of anime with the same target group and higher production values. 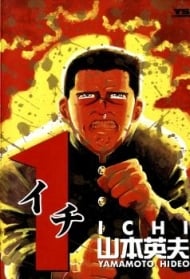 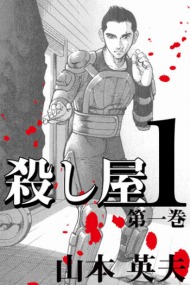