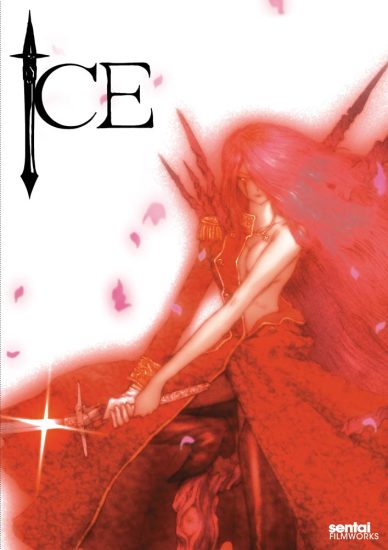 In a dystopic future, the Mir space station fell from space for an unknown reason -- bringing with it a death sentence for every man on Earth. Women have adapted to the loss and for the most part, are living their lives in peace, but bio terrorism is on the rise and the women of Japan need protectors. Hitomi Landsknecht is the leader of a group of such protectors, but she and her comrades will soon discover the new technology known as "ICE". Mysterious and unknown, it is somehow related to males being born again – an occurrence which may signal the rise of humanity once again. However, the technology may also create a monster and destroy what is left of womankind. Can the remaining females change their destiny or will it be too late?

It is almost magical how bad this anime is. . . ICE broken down scene by scene: Scene 1: Once upon a time there was a girl with massive 90s hair who had a creepy overly curious brother. Her extremely creepy, overly curious brother asks her if she had hot sex the night before because she came home so late.  Big Hair calmly tells him, "No way bro I'm a virgin for suuuure." Sadly, Big Hair gets hit by a car on the way to buy more hairspray from the supermarket.  A creepy child talks about being in her mom’s belly. BOOM! THE FUTURE All the men are dead. . . for some reason. I think because of a virus. . . or possibly from being evil? Or maybe it was because of an evil man hating virus? Who knows . . .? They all croaked. The world is now only filled with super angry lesbians fighting Romeo & Juliet style in Neo-Tokyo. All of the other countries didn't make it.  Bummer. Oh I almost forgot . . . in the future the world is also filled with alien monsters and the "ICE." The "ICE" is BAAAAAD! The "ICE" is also the future. . . The "ICE" is filled with maids. In the future you only have 4 job options:  Sex Maid, "Ice" Maid Monster, Solider or Hedonistic Lesbian Overlord. Scene 2: Groups of soldiers lead by Lesbian Captain Romeo (fashioned in the clothing of Rose of Versailles) are sent to fight the monsters and the "ICE" with huge guns and meccha machines. Lesbian Captain Romeo also uses a sword because she is a BA mofo. A fight ensues. . . Heads and arms are flying all around! Ladies get stabbed by the "ICE" Maid Monsters after they murder a male infant. The team has massive casualties because of the rookies. Damn rookies. . . Lesbian Captain Romeo is left behind because she is a martyr for her team. She survives the "ICE" Maid Monster attack and uses her "evil man created bomb" to blow up the monster. During this fight to the death she also rescues Lesbian Juliette -She is good at multi-tasking. Scene 3: Lesbian Juliette wants to make sweet, sweet love to the Captain. . . But alas, the captain might not actually be a lesbian because she hasn't slept in 3 years and says, "Let's just be friends." Juliette promises not to lesbian ever again. Captain Romeo is happy you can tell from the look in her one good eye.  Romeo is haunted by Big Hair when she closes her eyes. This is why she can’t sleep. Insomnia the cure for lesbianism! (Thanks writers for that nugget of little know knowledge!) Juliette's "sister" is jealous and wants to kill them both . . . because of course she is in love with Juliette. What better way to show your love than to murder that person with a rocket launcher? Juliette takes Romeo to her favorite place. It's all very romantic and beautiful. She unlocks the magic with a can of canned crab. Birds turn into trees. . . Trees turn into birds. Scene 4: They attend a Ball. Because ladies love balls right? Riiiight! The Hedonistic Lesbian Overlords sass each other. It is super sassy! Clothes are dropped. . . Pretenses are dropped. . . And finally the proverbial ball is dropped! The "ICE" makes babies! The "ICE" can save the world! Hedonistic Lesbian Overlord 1 kidnaps Hedonistic Lesbian Overlord 2's "daughter" Juliette. A fight ensues. . . Scene 5: Everyone dies after an epic battle of sacrifice and valor. Juliette buries the Captain in the Bird-Tree-Bird Garden and then uses the "ICE" on herself. BOOM! THE PAST! Scene 6: A Charlie Chaplin-esque scene happens while the play Fur Elise. . . Big Hair is in the hospital and she is pregnant. Her creepy brother is like "Tsk-Tsk you lied to me about being a virgin sis!" She is holding Juliette's necklace and starts crying. . . "Wait for me Juliette!" Scene 7: A boy and a girl drawn in a completely different animation style play by a tree. ~Fin

ICE. When I saw the promotional poster for this OVA I was immediately intrigued. It was simple, good lookingm and hid just enough information for me to try it out. It had been quite a long time since I had run into a good love story, and that was what I expected. I was wrong to expect it to be typical.As noted in the summary, it was a story of a dystopic world that had run into a bit of a problem: The loss of its men and a tense stalemate between the two groups the remaining people separated into. This itself was an interesting premise, albeit not exactly original. It's not completely unwatchable, however it offers many disagreements to the viewer. My main problems with this anime were the pacing and to a degree the character interaction.Many times I felt tossed around with the story. There seemed to be a bit of rushing in parts and nothing was ever fully layed out. Hitomi and Yuki's relationship seemed to proceed in an odd way. (There is only so much you can explain just by throwing the word destiny around.) Much of the focus was brought in on parts where it wasn't necessary at all. They dragged out scenes that in the end were not all too important. The switches between past and future could have been a bit less abrupt at the start. Some sort of transition or explanation for it as the story progressed would have done wonders. Also, the bit with Hitomi's visions as well as the events involving Lady Kisaragi in the ending and her rising seemed a bit farfetched/out there. By the end, with so little attention to story, I was left wondering whether this was merely meant to be an exhibition of the AKB48 members as a service to fans rather than a serious work. With a bit more time and orginization, I feel this could have been significantly better.The animation itself was decent, although it did seem to lack on occasion (especially with some of the shortcuts taken in the 'ballroom scene') I don't have any other complaints about it. The vocal choices were rather good. Most fitted their characters perfectly, demonstrating an effective use of technique to really capture their personalities even with such short screen time alotted.Overall, I'd like to give the makers credit for thinking up something that had the potential to be rather good. However, I'm very disappointed with the actual realization of the idea. It's sad to say that the final scene was probably the best when none of the others matched it.This is worth watching if you have some time on your hands, but not at all worth going out of the way for. If you're looking for something of with Simoun's quality and style, Maria-sama's gentle grace, or Kannazuki no Miko's well played out love throughout re-incarnation aspect- this is not at all for you. If you'd like something akin to a combined shadow of those three, be sure to check this out.

Ice, sounds like a dumb name right? Well it perfectly suits this show as it`s a big steaming pile of garbage.Ice is the first and only anime the obscure animation studio PPM ever made. Guess this made them go bankrupt after putting the OVA and summary movie out.This show had the shocking art style. For a show from 2007, you wouldn`t expect it to have the 90`s artstyle, and look like shows such as The Slayers, Trigun, Outlaw Star, Pokemon, Gundam Wing, etc. without attempting to look modern at the same time. However this show doesn`t have all that much ground to stand on when it comes to the artwork. It doesn`t nearly look as good as what it`s trying to copy (It even doesn`t attempt to look modern and retro at the same time), and isn`t very pleasing to look at, aside from the backgrounds and a few characters.The animation, not much to it, even during the action scenes. Pretty simple stuff.The soundtrack has nothing special here except a few soundtracks. Other than that, pretty mediocre soundtrack.This show had a story? Well, it had an interesting concept, but the execution was done poorly. The story goes in how the last man on Earth has died, so now, the women are the only ones left. Humanity will be on the brink of extinction as no babies can be produced. You got this thing called "The Ice" (Hence the title), but the problem is they make it hard to understand anything beyond how humanity is on the brink of destruction. They just throw random crap in, and hope it makes sense in the end. Other things are thrown in that are completely irrelevant even.Where the show failed the most is with the characters. They just throw in a bunch of characters in, don`t do anything to make you care about them (i.e. no character development whatsoever), and call it a day. There is nothing redeeming about them, absolutely nothing. They`re just...there. I doubt any show could top this when it comes to atrocious character development.It`s already a very, very, very obscure anime five years after it finished, and it won`t be remembered. There is no value to this anime.Truth be told, Ice wasn`t painful for me to watch, but I can`t see how anyone else could enjoy it quite a bit (I probably enjoyed it more than most people), aside from it being laughably bad in certain parts, such as the black and white movie that pops out of nowhere we have near the very end.It will be an uphill battle for most people, especially those expecting great characters and a great story as they`re not even decent, they`re just really, really bad.Now would I rewatch this? Possibly, but I`d rewatch it probably only once. The rewatch value just isn`t really there.Overall:Art & Animation: 4/10Sound: 5/10Story: 2/10Character: 1/10Value: 1/10Enjoyment: 5/103/10Unless you feel like wasting nearly 2 hours of your life, I recommend staying away from this, and go watch something else with a much better story, and has much better characters. 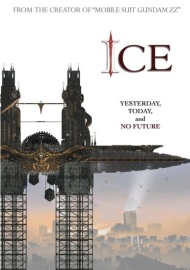