I Can't Understand What My Husband is Saying - Videos 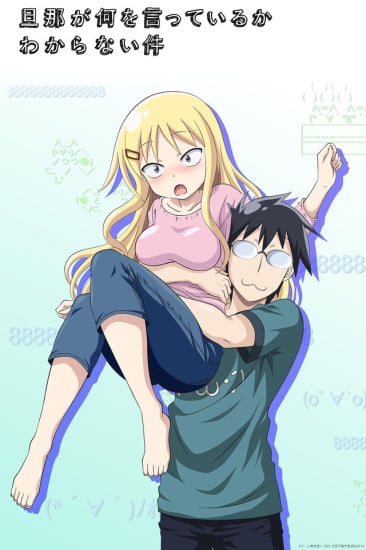 I Can't Understand What My Husband is Saying Episode 2 - Surpass Gender and Blood. Come Forth, Otokonoko

Hajime's little brother is an otaku, and a best-selling BL doujinshi otokonoko author to boot. How did this happen...

How I Got Into Hobbies I Don't Understand

My Otaku Brother Can't Have So Few Friends (etc.)

My Husband Primarily Works in the Year-Round Home Surveillance Business

Never Cross a Bridge Till You Come To It

Slathering Honey on the Best Pancakes Ever

The Child Who Is So Close Yet So Far Away

One Person Had Survived On Her Own

Anime-Planet users recommend these anime for fans of I Can't Understand What My Husband is Saying. All available to watch right here, right now!

Tomoya’s father remarries to another woman, giving him a stepsister, Ichika. However Ichika is 17-years old and has completely fallen in love with her stepbrother who is only 13!

Both of these anime have very short episodes and are about a 'normal' individual who has to live with an obsessed individual (one is obsessed with their sibling, the other is an otaku). The episodes follow their day to day live as they learn about the other individual and their habits. They are both fairly slow, comedy driven, and have a similar type of humor.

I recommend it, because both of these are short, and although they are about different things, both are enjoyable.

Both are short and both will leave you wanting more.

If you need an anime while looking for something that you like, you can keep looking while you look at these two. do not take up much of your time.

So based on first impressions I thought of this recommendation, both these series are cute and fluffy and follow the story of adults in their own world. With sorry comedy sketches that just as to the basic story. Also both can easily make you laugh within the 3 or so minute episodes. So I think if you enjoyed one then you should try the other.

Both of these sketch comedies are pretty much about the same thing. A guy, obsessed with a particular item, is pursued by a seemingly normal woman, even though neither of them really understand each other. With other love interests, drunken conversations, and plenty of odd ball situations, you're sure to have fun with both.

Both are short-length episode slice of life anime featuring a married couple.  Both are really cute series, too.

If you enjoyed one you will most likely enjoy the other. Both these shows have very short episodes featuring a married couple. They’re both fluffy and cute and leave you feeling kind of happy.