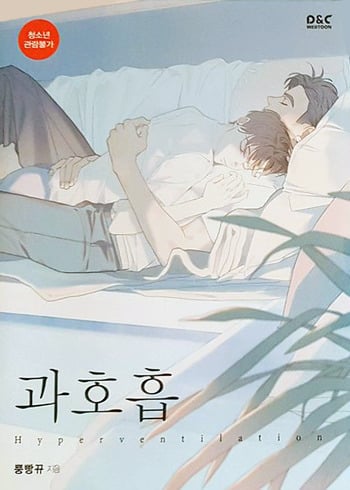 This is pretty graphic for this to be labled shounen-ai (for western terminology). This definitely deserves to be in the yaoi category.

I've never wrote a review but now I am. This is a masterpiece. If you want a quick, spicy, emotional watch, this is definitely it. Bonus points if you read the manga! Plus the main theme is my favorite piano song: Claire De Lune.

This anime is so good in graphic way. Typical yaoi with arresting simple plot. I would recommend this anime all yaoi fans.

I've only ever written a few reviews on this website, but I feel like I needed to write this. It may be a 20 minute film, but it's absolutely beautiful from start to finish.

I’d also like to make a note on the song that is played through parts of the film, Clair de Lune by Debussy. How could I not mention this song??? Somehow, it greatly exaggerated many of the scenes. It adds so much effect and emotion to each clip that it is involved with.

My conclusion is that if you haven’t, you should 100% watch Hyperventilation (unless you are uncomfortable about explicit yaoi)

As an anime that really moved me, this review will be a bit detailed on why I did not give Hyperventilation a 10, presenting a few spoilers, such as the end of the anime and the characters' progress.

Hyperventilation's genius scrip magnificently navigated through joy, sadness, anger, fear, and love in only 15 minutes of time length, divided into 6 short episodes. Its narrative traces the way of Myougi and Sunho, highschool classmates that meet after some time and begin a sexual relation from Myougi's weakness and Sunho's power, but what primarily seems a relation based on possession and taking advantage, grows naturally to a much more sensible connection when we learn about Myongi's timidity created by self-barriers and Sunho's sweet sought for understanding in flashbacks of their younger selves. The story then takes us to them repealing and attracting each other due to old wounds and a passion that never had its time to bloom before, finally coming to a cute cliché when Myongi runs back to Sunho's arms and their desired love can at last warm them both.

There were a couple of things that bothered me though, and that's why the story is not a perfect 10: 1. I didn't understand why they chose the first take of it to be when Myongi and Sunho are making out, this does not only gives away to the public what will happen in that scene (and which we could surprisingly discover when it actually happens), but it also does not show any important information to the audience other than “there will be boys making out in this movie;” 2. There is this one loose string that wasn't answered for me, why does Sunho calls Myongi lucky when they are making out; as he has already seen Myongi be displeased with this allegation before, and being someone that actually has an interest in understanding and pleasing Myongi, it just seemed contradictory and an easy way to bring the flashbacks back on.

At first, I did not like the animation, with not many shades of colors, or much contrast, and the lines reminded me of a game. But then it just clicked, and the smoothy and clear design were in exquisite synchrony with the calm and comforting narrative. The lights were perfectly done making no need for more saturation for the scenario or characters. The fire that lights up their desires and welcomes new experiences, the harsh sun smoothened by the trees and windows to bring them energy, and the city lights on Sunho's face introducing an unknown and exciting world they were about to step in. It is certainly not the type of animation that I look for but then if I search for only one thing, when will I be this surprised?

Not much to say about the sound, it wasn't really something memorable; neither the “ambient sounds”, nor the music obstruct the experience of watching the anime, so that's good. But I didn't really engage with the echoing voices of the characters.

Are they both the main characters?

Myongi: in the beginning, I thought he would lead the story, making his own progress through time, until being able to overcome something in the end. But it didn't happen, he stayed a plain, shy but reactive character, who ended up doing something cliché that didn't take any growth or courage. This isn't a problem if he isn't the main character, and it also didn't disrupt the narrative... but I would've enjoyed knowing a bit more of him during the 15 minutes of the animation.

Sunho: he was transformed so alluringly and quickly from a plain socially perfect character to a deep, emotionally constructed one within seconds: a boring popular and fit class rep that step by step was shaken by his passionate side, which rooted him more and more into his love for Myongi. With little effort and without the need to shout about it, Sunho's character also speaks about social archetypes, how one is tied to molds in its community and needs to go through self-maturation to escape, find breaches or break the rules.

The characters were delightfully created to nourish the best and the unexpected from the other, making their chemistry be both natural and unreal.

Just as said before by other users, Hyperventilation is a masterpiece beautifully made so everything is on point to provide a unique and heartwarming anime. As the first art product I've seen by 뿡빵뀨, it amazed me, and I'll surely start to keep an eye on his next projects.