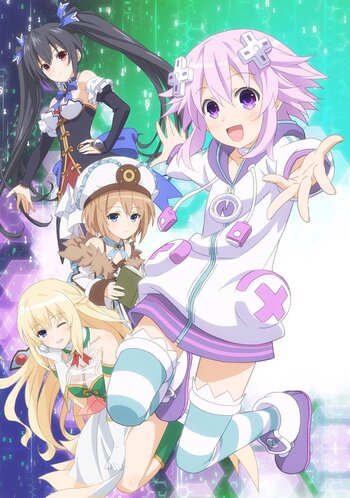 The second half of the special will look back at the Pokémon XY & Z series so far and provide a complete explanation of "all the mysteries" in the show, including: the secret that Zygarde hides, the goal of Alain and Team Flare, and the strange phenomenon that only seems to happen to Ash and his Greninja. The second half will also preview what will happen in the future of the series, including Ash vs. Alain, Team Rocket vs. Team Flare, and Serena taking on the Pokémon Showcase

The Goddesses and their sisters take a camping trip to "My Summer Vacation Mountain." When the sisters uncover another dimension at the shrine gates, they meet an older version of Neptune. Will they find their way back home, and, more importantly, are two Neps better than one?