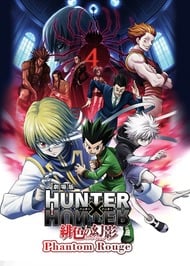 [Spoilers Ahead] Before I get into the review, CAN I JUST TALK ABOUT THIS MOMENT RIGHT HERE?! LIKE KILLUA IS HONESTLY SO UPSET AND DAMAGED BY HOW HE LEFT GON IN THE MIDDLE OF A BATTLE, ALL THANKS TO HIS BROTHER? AND HE'S LITERALLY JUST GIVEN UP BECAUSE HE MADE ONE MISTAKE, AND IS WILLING TO DIE BECAUSE OF IT? THIS SCENE ACTUALLY MADE ME TEAR UP BECAUSE IT SHOWS HOW INSECURE HE IS ABOUT NOT BEING A SUITABLE FRIEND, EVEN THOUGH HE'S PROBABLY THE SWEETEST FRIEND YOU COULD HAVE, AND WOULD PROTECT YOU AT WHATEVER COST?? PLUS, KILLUA DOESN'T DESERVE TO BE SAD, HE'S SO AMAZING AND HIS BROTHER IS SUCH AN ASS?  *Ahem* Sorry about that, but I just really needed to get that off my chest, considering it's probably one of the saddest scenes involving Killua, and it just honestly broke my heart so much. But, on to the rest of the review.. I quite enjoyed the movie, and I'm glad it showed a little more of Kurapika's past. It wasn't a lot to see of course, my curiosity is still lingering there, but I did get to learn some more about him. There were also a lot of moments where Killua was struggling to accept that he is in fact capable of having friends (like the one above), which pained me to great extents. You do get to see some of his insecurity on the matter in the anime series (2011), but it dug deeper into his feelings here.  I liked the plot as well, though I felt learning that Retz was Omakage's sister was pretty predictable. And if I'm being honest, I didn't exactly like Retz. I don't know why exactly, throughout the movie I just wished she disappear, though I feel it's because I'm biased towards Killua and since he didn't get along with her, neither did I (might as well call me a Killua bitch). There were also a few humourous parts, which I always enjoy. Other than that, yeah, pretty decent movie, not bad but not fantastic either, so I'll just end this here on a Hisoka note;

So I am finally able to see the movies and this was the first one I picked! I always wanted to know what happened to #4 of The Phantom Troupe and I got my wish. I was excited to enjoy this group of characters again and enjoy this world. Everything explained and extended the stories of specific characters and was done well. I think I am going to enjoy the others as well. Watch the series and watch the movies when you can. Great stuff!! 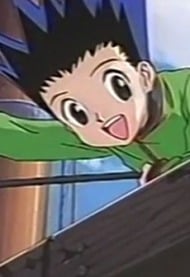 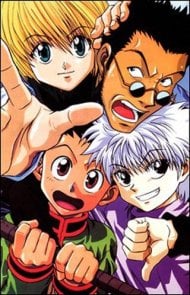 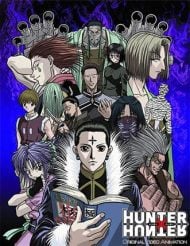 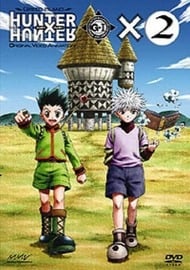 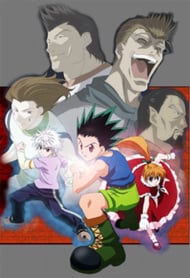 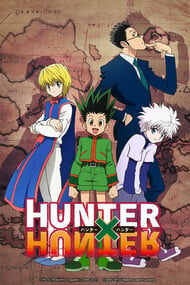 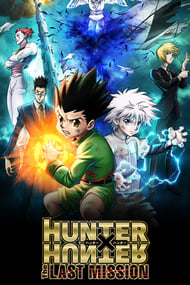 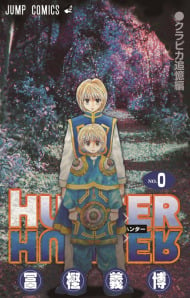