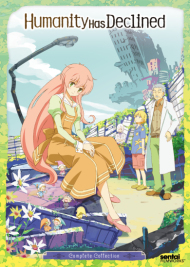 Humanity has declined over time, leading to shortages in goods and the beginning of a bizarre relationship between humans and whimsical, sweets-loving fairies. Certain mediators help bridge the gap between the two species, as the magical, surprisingly-technological fairies are known to create various items the townsfolk need, albeit at oft-questionable quality levels. One such mediator, along with her faithful silent assistant, adorable fairy Nakata and frenemies such as yaoi-loving Y, will navigate her eventful daily life, whether it's investigating a strange factory or trying to escape the pages of a comic book.

Jinrui wa Suitai Shimashita Story 7/10 It's hard to talk about the story of Jinrui without giving too much away. The series takes place in a world where humanity is gradually dying out (title drop!) and follows the work of the Mediator, an individual chosen by the United Nations to work as a liaison between the humans of the dying world and the fairies, a race of tiny cute beings with strange technology that seems to have sprung up to fill in the ecological void. It's an often confusing but overall enjoyable romp through the leftovers of human culture and dwells on the way means of life have progressed over time. The show presents itself as a semi-episodic mystery/adventure/gag series heavily tinged with meta-humour and tongue-in-cheek references to other works, but it's also a retrospective of consumer culture as a whole, particularly the way it's developed in recent years in Japan. There's a lot of black humour and twisted aesops there for those who choose to read between the lines - as such the show could be said to belie its depth with a cutesy exterior. Animation 8/10 The production values aren't anything remarkable for 2012 but the visual style is quirky and distinctive and works as a part of the overall package very well. Backgrounds are often done in watercolor style. Detail is always present and sometimes almost overwhelming. There's a lot of deliciously contrasting elements here, from the plainclothes/anachronistic dress and architecture  of the villagers to the ruined and sometimes preserved cities of old to the insanity-inducing buildings and vacuous grins of the fairies. There's a lot to love about the visual style here. The series' creators have carved themselves a niche very effectively. Sound 9.5/10 First thing's first. The OP is an utterly addictive earworm and will have you humming and possibly dancing along within two episodes if you have half a beat in your body. Music in-series is quirky and bouncy and fun when it shows up, not taking itself too seriously and working perfectly in harmony with the overall premise and themes. Seiyuu work is outstanding. The fairies are my favourites. Characters 8.5/10 The Mediator is a deadpan snarker narrator, a position often held by flat masks held up in front of an empty void, but she develops an interesting and consistent personality through the time we see her to an extent that's quite uncommon for a comedy-focused series. The secondary characters vary widely in their level of depth, often being played for grotesquery. That said, Y is the fairies' gift to humanity and, in my opinion, almost impossible to dislike. Overall 8/10 It's very much an offbeat package, constantly breaking the fourth wall and occasionally making very little sense, but I greatly enjoyed the overall effect of Jinrui. For a show that doesn't take itself seriously in the least it actually has some fairly interesting things to say about the way we live. That and it's often just flat out hilarious. Can't go wrong there.

***This is a spoiler free review***  There was one show that stuck out from the rest of the crowd during the 2012 summer season. This anime, Humanity Has Declined had the randomness and uniqueness of Gintama and while I would say I enjoyed it almost as much, certain parts of the season really brought it down. Story: 5/10 So starting out with a downer, the plot is very incoherent. To give you an idea of what the show is about, we follow Mediator who is in charge of overlooking the fairies in the surrounding area. She and her assistant, Assistant (what a cleaver name…) run into many different experiences over the course of the season. The first story arc is brilliantly funny and a joy to watch but the following arcs felt…out of place. We learn towards the end of the show that the final episodes actually take place before the first four or so episodes in the timeline. Why the creators arranged it this way I do not know but whatever effect they were shooting for missed me completely. While I generally enjoyed the show, the order of events really threw me a curveball. If your main focus is on the actual content and whether it is worth watching, I would say yes it is. Most of the story arcs have a very dry, dark humor but the character interactions break the tension. The main cast along with the fairies work very well with each other. The major flaw with the plot though (the sequence of events) just really lets the show down. If you want a coherent experience, you are almost better off watching the last two episodes, then the ones before that, then starting from the beginning. This might not affect a lot of people but whenever I watch a new anime or tv show, I cannot start it until I am fully aware of the beginning episodes. I just cannot stand jumping into the middle of a season.  Animation: 7/10 While the animation won’t blow your mind away, it is very unique and distinctive from other shows. The show sports a plain, matte looking color scheme that fits the post world war whatever environment. The character models also have this slick, reflective look that make them stand out from other slow paced shows. It’s hard to explain the appeal but just know that it is not amazing but by no means horrible.  Sound: 7/10 The first episodes really shine in the sound department. The music played during the chase scene at the end of the first arc was brilliantly placed and the voice actors really nailed their character’s personalities. While the quality of the voice acting continues onto the very end, the background sound tends to sizzle out. I even started to notice that they were reusing some of the musical tracks in the ending episodes that were present in the first couple ones. The best thing about the sound however is the opening theme. It is by far the catchiest opening I have ever watched…and I tend to stray away from J-pop. Overall a great sounding anime. Characters: 9.5/10 This is by far the most stand out point of the show; the characters and the chemistry between them. The main character, Mediator deserves character of comedy anime of this century award by far (either that or a very close tie with Gintama). Her morbid thinking and decision making process makes every episode a blast to watch. Assistant also tends to steal the show while he is present due to his very crude humor and his use of his sketchpad. Other great characters include Grandfather, Pion, and Y. The fairies also provide some very funny moments in the show. There is however a problem; while all the characters present in the show are well written and amazing, they tend to stay on the sideline too much. After their respectable arc is over, we hardly see anyone but Mediator. Even her Assistant is absent in the middle of the season for a lengthy amount of time. If they would have worked these characters in some more, I would have rated this category with a ten without a doubt in my mind. Overall: 7.1/10 Do not let this score stray you away from this show. While the timeline really screwed up my experience, this show has too much greatness to offer. If you want a very dry humor and interesting comedy to watch, then look no further.   Enjoyment: 8/10   Thanks for reading my review! If you liked my writing style, would like to see some other reviews, or just want to talk, please stop by my page! Sincerely, Awesome Drummer 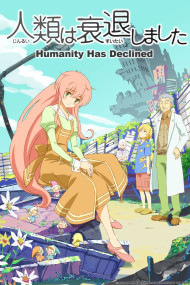 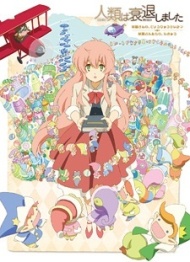 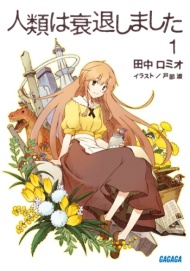 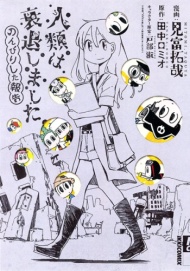 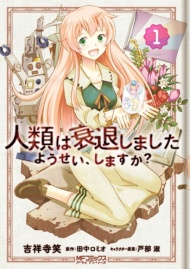 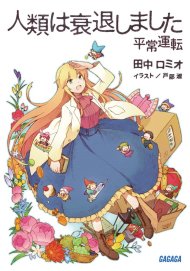