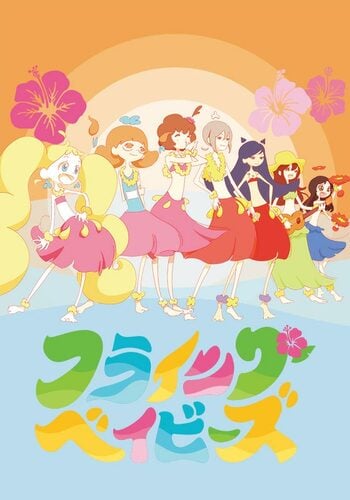 Both are zany comedy series involving girls in school clubs. In both cases the comedy is only loosely related to the club activities.

The TOHO Cinemas chain will screen Anime-gatari (literally, Anime-chat), its second original short anime project, during intermissions. The new anime follows the rapid-fire chit-chat of "charming characters" at an anime club in a Tokyo university.

Ordinary boy Meisaku Matsuda enrolled Ryuuguu Elementary School, a school famous for producing fabled characters, with a hope of becoming fabled himself one day. Soon he found himself surrounded by a group of eccentric -- if not outright weird -- classmates.

The cramped town of Keiko-cho is stained black with factory exhaust and oil. Late one night, a piercing whistle echoes from some ruins in a seemingly empty corner of the town, accompanied by the eerie echoes of harsh words spoken in German. The sounds come from a group of nine boys dressed in the starched collars and caps of high school uniforms. There in the darkness stands a secret base built by these nine boys under the leadership of Zera, the "king of the ruins," known as the Light Club.