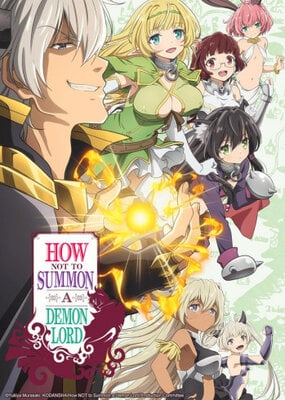 This anime is very much like eating at McDonald's. It's trash, You know it's trash, hell - McDonald's knows its trash but ... it's fun to eat there sometimes anyway. The strong part of the series is that it tries to be funny rather than edgy and does not treat itself too seriously. First - the story.  The story is as generic as they get with isekai genre. A guy gets transported to another world, is overpowered and gets a harem instantly. It's pretty dumb I have to admit. The show knows it's dumb though, even makes fun of it a little and is very lighthearted overall, so it doesn't matter if You treat it as a fun way to kill some time.  Second: the animation. The animation is pretty decent but nothing spectacular. The character designs apart from the main hero are generic as hell. Third: the sound. The sound is ok. I can't really say anything more about it. Fourth: the characters. The characters are kind of generic apart from the main hero. He genuinely acts and thinks as a shut-in otaku would in a fantasy world. This does help since yes he's overpowered as far as fighting monsters goes, but he also has problems when dealing with other people (and his own harem) and this grounds him in reality and makes him more likable than the typical isekai protagonist. Verdict: I was surprised how much I liked the show. I think You should check out if You will too.

I like isekai, but this was not well executed.  I felt very little for the story and the characters.  It was amusing at first to see the MC be socially inept, but it gets old.  He's basically a child in a man's body and has very immature thoughts.  It's your run-of-the-mill isekai fantasy. But I suppose as a someone that went through teenage horndogginess and trying to balance that with traditional Christian morality that it makes some sense. I'm like, "OH MY GOOLAY I WANT TO TOUCH THE BOOTAY!" And then another part of me goes, "But you shouldn't." Demon lord lady makes me change my mind from calling this a complete travesty though. As far as animation goes, it had its moments, but it lacked a lot outside of the main action pieces. It seemed to generally lack life in its movements and was a bit disjointed, kind of like one of the big long running series (ie One Piece but not as bad as One Piece).  Nothing to note really. Sound was fine. I guess the dubbed voices sounded uncannily like nnoying girls I know from college and whatnot. Characters outside of the demon lords were rather bad. No originality and frankly kind of annoying. So overall, I would recommend it if you just want to watch something that can be background noise for other things you wanna do and you just don't feel like listening to music. It's probably what I'll do. 5-fun de Wakaru! How NOT to Summon a Demon Lord 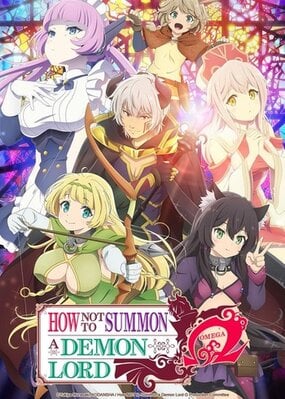 How NOT to Summon a Demon Lord (Light Novel) 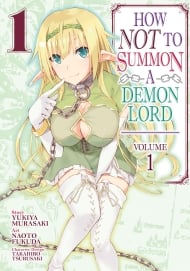