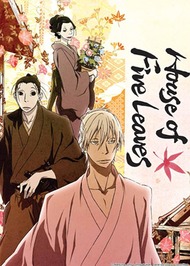 Masanosuke came to the city of Edo to prove himself as a warrior, but the man’s lack of confidence is so obvious that he’s perpetually unemployed and can barely afford to eat. So when the mysterious Yaichi offers him a job as a bodyguard - room and board included - the ronin jumps at the chance. But little did he know that his new employer is the head of the Five Leaves, a gang of kidnappers, and that his fees will be paid from the spoils of their crimes! Masanosuke never expected to find his home with a band of criminals, but as he grows more entangled in their world, his dreams of honor begin to fall by the wayside...

Saraiya Goyou, or House of Five Leaves, is the latest work by cult studio Manglobe. Now, while it isn't generally a good idea for a critic to speak personally, it bears mention that this is the first time I have ever seen anything by Manglobe, so I can't really comment on how it compares to their previous works. However, the fact that Manglobe already have a cult following in spite of only having four previous works to their name (Samurai Champloo, Ergo Proxy, Michiko to Hatchin and Seiken no Blacksmith) says quite a lot about this studio. Now, I don't know if Saraiya Goyou is in the vein of their other works, but this is likely considering that Manglobe are known for having a completely unique style and presentation, both in story and visuals, and Saraiya Goyou not only delivers on this, but it does so in spades. The show revolves around a swordsman for hire. Right now, you may well be thinking of some underrated master swordsman, a badass with amazing skill, who slays men in their thousands. This could not be further from the truth. Whilst the swordsman, our main character Akitsu Masanosuke (usually called "Masa" for short) is a competent swordsman, he is completely human. There is nothing truly special about him. He is, however, rarely hired, in part because he looks so harmless. But this all begins to change when he meets a strange man calling himself Yaichi, who actually agrees to hire him. However, as Masa soon discovers, he's been hired to work for a group of kidnappers. He initially tries to leave, but soon finds himself more and more immersed in the criminals' world. Now, it's worth noting that this show has a very unusual art style. This can be extremely offputting to some people, which, alongside with the slow pace of this show, probably account for the incredibly low ratings this show had upon airing. This is a great shame, because as of writing this is probably the best anime of 2010. It starts off quite slow, making it hard to rope viewers in, but it slowly but surely hooks the viewer. The pace is often considered to be the best and worst thing about this anime. It seems boring, but at the same time, utterly captivating. It's strange, but no matter how slow the show is, you never want to stop watching. At the same time, the slow pace can make the important moments all the more impressive and memorable. When it comes to the cast, most of them are good characters, and there are no bad characters in this show. However, the ones everyone remembers are the leading pair, Masa and Yaichi. Lesser characters like Ume and Matsu are memorable, but they aren't nearly as impressive. While Masa starts out as awkward, spineless, and mildly annoying, over the course of the series he gradually comes out of his shell. He comes to impact the plot strongly, form bonds with the Five Leaves, and prove his worth repeatedly in a fantastic display of character development. While he isn't as impressive as Rock from Black Lagoon, another character who started out in a similar fashion, he's certainly a character worthy of praise. Yaichi, on the other hand, is a riddle wrapped in a mystery inside an enigma. He is the mysterious leader of the Five Leaves, and a highly interesting character. To speak of his past is to ruin the entire plot of the show. Now, while the art style is offputting for some, it is by no means bad. It doesn't take long to get used to, and the art is produced to a high standard, as is the animation. Both are joined with an interesting style that focuses on a subtle, yet rich darkness. A large amount of the series is set at night, viewed only by candlelight, if even that. The daytime scenes are often indoors, under shadow. And the high-quality production extends to the soundtrack as well. The background music is distinct and memorable, giving a unique feel to the show. The opening theme, "Sign of Love", is a great song that grows on you more with each passing episode. The only problem I have with the soundtrack is the ending theme, a fun, bouncy song that invariably seems completely out of place at the end of each episode. While Saraiya Goyou is by no means a show for everyone, it is a great watch for those who can appreciate it. Some patience will be necessary for viewing it, but it will not go unrewarded. Final Words: Watching every other Manglobe show just shot up significantly in my priorities. Animation/Graphics: 9/10 Story/Plot: 9/10Characters: 8/10 Sound: 9/10 Overall: 9/10

This is an anime I most definetely enjoyed. It's different, most visibly in the unique art style but also in the content. It's a character-driven anime with some good character development. In some ways it reminded me of Samurai Champloo; what I really appreciated in SC was the subtle way in which the characters were portrayed and how the relationship between them was developed. And while not reaching the masterful level of SC, House of five leaves is on the same track. The story is quite simply about the relationship between two men with very different personalities and how their chance meeting affects each other and the people around them. The setting is feudal Japan. Our protagonist is a ronin who is incapable of keeping any job because of his "personality", he gets embarrassed when people watch him (usually succumbing to the urge to run away and hide) and totally lacks self-confidence - so he always comes across as an unreliable klutz, while as a matter of fact he is an extremely skillful and accomplished swordsman. The story starts when he meets Yaichi, the enigmatic and attractive leader of a band of kidnappers who appears to be fascinated by Masa's personality and decides to draw him into the band. Masa is initially very uncomfortable with this line of work, but nonetheless he finds himself increasingly drawn to Yaichi and to the people who surround him. There's more to the story which reaches its climax when the riddle that Yaichi himself is gets unravelled - I don't want to spoiler anything so I won't say more. But I will say that the storytelling is very good - despite being slow-paced. The plot is well thought out and through flashbacks and subtle hints it leads you to a satisfying end. I also commend the ending as it does not magically resolve all the characters' problems, it echoes real life where there never actually is a real end but things just go on as one day flows into the next.  As for the characters, they are all portayed and developed well - main ones as well as side characters. The most interesting one is Yaichi, of course, as the core of the anime revolves around figuring out who he is and what his story is. As already said, I enjoyed watching how the relationship between Masa and Yaichi develops.  The animation style is very distinctive and artsy. Different from the standard anime style.  The soundtrack is also fitting; it combines different musical styles but it's never jarring. The voice actors did an excellent job, too. In conclusion, this isn't an anime that most people will enjoy because of the pacing and the lack of action, superpowers or romance. But for those of you who appreciate a good story and value character development, I'd recommend to give this a try.

I really liked this series and have never seen any other like it. I loved the story (even if it started off a little bit slow) all the characters are very well thought of and have very dark and mysterious pasts and thats what i loved about it, it had me on the edge of my seat for the last few episodes, i watched the series so fast because i loved it so much. I highly recomend this series if you like samurai and if you like dark mysterious series' so please check it out! 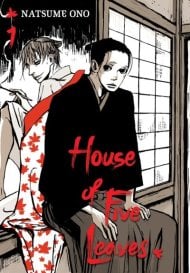 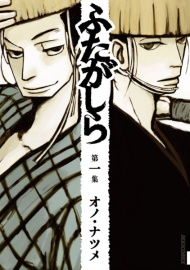 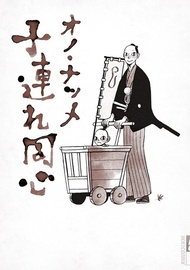