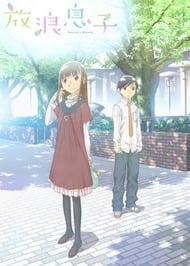 Shuichi Nitori is about to start middle school with a terrible secret: he wishes he were a girl and likes wearing their clothes. With the right outfit and his cute, effeminate looks, he is often able to convince people that he is someone else - or even something else. Unfortunately, although his best friend and object of affection, Takatsuki, accepts him as he is, she does not return Shuichi’s feelings. Moreover, school is an unforgiving place and Shuichi walks a fine line between liberating his true self and being labelled a freak by all his peers...

Hourou Musuko is definitely a hidden gem that I wish I had discovered sooner. The story is heavy on gender identity and what it means to be comfortable as yourself. A majority of the characters are well-rounded with their own personal struggles. A few being that Nitori is a boy who has always wished that he were a girl, Takatsuki wishes that she was a boy, and Ariga wants to be cute like Nitori and suspects that he is gay. While much of the story revolves around gender, especially Nitori's, it is not the only concern, giving it more of a realistic feel and the message that gender is not everything. I think that this is a good watch for anyone interested in LGBT issues, as well as those just wanting a good piece of drama. Each episode gave me a new set of feels, and I felt that each scene had a purpose, unlike some anime. Story As I said, there is more to the story than Nitori's gender, although many of the issues stem from it. There are relationship problems, family relation problems, friend problems, ect. This helps to not overstress the gender theme and shows that even Nitori can't only focus on that one issue in "his" life. The story progresses at a nice pace, only giving new information when it is needed instead of throwing it out forcefully. Even the plays are central to the story, further characterizing Nitori. The only thing is that this really is a slice-of-life. This is just a chunk of Nitori's life, so there is no definite ending or decision made. But Nitori grows, and the issues are relatable and presented well. Characters There is a good array of characters. Supportive characters who either physically support Nitori’s cross-dressing or simply accept "him" with a smile. There are characters against him and those that do not support "his" cross-dressing but still care about "him." There are characters who can relate to "him" and those that cannot. As I said earlier, many of the characters are complex. Not only do we not know what they truly want, some of them don't know themselves. Some even go back and forth between certain feelings which presents the real fact that in life people can change their minds at any time. Overall, I found this very enjoyable. I only wish that more anime like this come out in the future.   *Just as a side note, I was unsure whether or not to call Nitori he or she in here. I went with "he," since he refers to himself with boku, but I do think that "he" is a girl.

EFF TO ALL THE HATERS. Please, no ignorance will be tolerated. I LOVE IT!  This is one of the greatest anime of all time.  The manga is awesome as well for revealing the reality of all types of societal issues.  All you have to do is google "Hourou Musuko" or "Wandering Son anime" and you will find enlightened reviewers praising this anime better than I ever will.  For anyone who has ever fought with a family member (if you can't understand why his sister fought with him, read the manga, jerks), dealt with not fitting in at school (you really think a kid that crossdresses won't get bullied? But who in this world can claim themselves to be perfectly perfect in every way?), or coped with feeling lost and lonely (Nitori feels a little lost at the end scene when he runs from the house), it touches heart strings. I highly recommend it.  Eff to all the haters.

I've read a number of reviews for this anime, and it seems that either you love it or you are quite indifferent to it. I must say that I'm in the middle. I'm not overly enthusiastic about it, but on the other hand I wouldn't consider it a waste of time. If you are into the more thought-provoking, slow-paced and realistic anime.   It's a slice of life anime, with a slow pace and a school setting. What's peculiar is the topic, as it deals with gender identity issues. The story's protagonist, a boy called Nitori, likes to dress in girls' clothes. His love interest is a girl who likes to dress as boy. His best friend also seems to have some gender issues. And they're all in the same class. I wouldn't say that is very plausible, but anyway. The way the anime deals with this controversial topic is never coarse or crude; the water-colour animation style very much reflects this, it's delicate and diaphanous and luminous. As for the sound, I just skipped OP and ED, and I never really noticed the background music - which isn't a bad thing, it must have blended perfectly with the story being told.  The initial episode was pretty confusing because it felt like all the characters were being introduced at once and I also had difficulty distinguishing them from a visual point of view. The two main protagonists are quite androgynous - purposefully so - and at the beginning, when you don't know who they are and you still know nothing about the story, it's hard to say who's who. Like other reviewers have mentioned, initially you don't really like Nitori, he comes across as a kind of wishy-washy insipid indecisive character, but as the anime progresses he does develop - even though I never did really feel I could relate to him; and that's got nothing to do with the issue in itself. For many episodes, for him it's just about dressing as a girl. It's only after someone else asks him some questions relating to how he feels about his identity that he starts to consider that aspect. After a little reflection, I think what I didn't like about Nitori is a certain shallowness, a lack of depth that made me unable to relate to him. And as for the other main character, she's more determined in wanting to dress as a boy and rejecting all the girly aspects of herself, but that's as far as it goes: what she wants or feels isn't analysed much more in depth. So maybe something is lacking there. It's also true that we're talking about kids in middle school, so it's normal that they are confused. But still. It's realistic, but up to a point. Nitori at a certain point decides to wear a girl's uniform to school; he's aware that he's going to undergo some criticism and unpleasantness, but sticks with his decision and then is obviously put off by how other people react. Even so, I'm pretty sure in a real-life situation the bullying would have been much much worse. A nice thing about the anime is how nearly all of Nitori's friends accept and support him in a really mature way - but this too, how realistic is it? As for the other characters, they're a mixed bag, some portrayed better and more convincingly than others. Looking back on them, maybe Nitori's best friend is a more persuasive and empathetic character; that's how I perceived him, anyway. The ending can't be considered a real ending as nothing is resolved, but the way it's told makes it acceptable. I mean, all the input is there for a second season, but even if it stops just with the first season that too would be ok, you wouldn't feel cheated.  Overall, it's an anime that deals with a difficult topic in a delicate, if maybe too idealized, way. I like anime that make me feel something, that deeply move me. And I think this is exactly what this anime lacks. It didn't make me smile nor did it make me cry. It was interesting and well narrated, but up to a point. And I can't relate that much to the main protagonist. So in the end it's a pretty unexceptional anime to me. 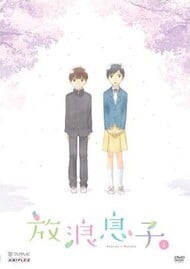 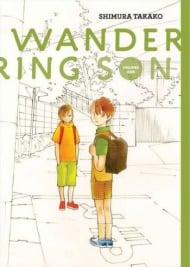