Alt title: To the Forest of Firefly Lights 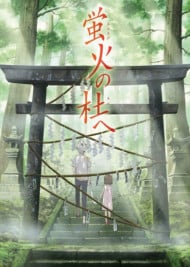 The story is simple, yet beautiful.  A young girl named Hotaru comes across a spirit named Gin while lost in the forest.  Every summer, she comes to visit him and their relationship develops, complicated by the fact that Gin will disappear if he ever touches a human.  I wish I could rate the story higher.  The simplicity of the story is so charming but I don't believe it was drawn to a proper conclusion in 40 minutes.  There are so many parts to their relationship that I wanted to see explored.  The concept of age is brought up a lot, for good reason.  Hotaru is growing from a child into a young woman while Gin doesn't age from being a teenager.  I felt like this could have been utilized more.  For instance, I wanted to know what would happen to their relationship when Hotaru became an old woman and would someday die.  I wanted to see what would happen in another ending.  The possibilities were endless and I felt like the ending chosen was not the most interesting one.  I feel like a lot of development was sacrificed for the sake of the 40 minute time span.  However, in spite of this, I feel like the finished product was still heart wrenching and beautiful.  I definitely got a bit weepy near the end. The animation for this show is very pretty.  It isn't the smoothest animation I've seen, nor is it the most unique.  Yet, the atmosphere set up was soft and soothing.  It really set up a forest that made me, as the audience, feel at peace.  The color pallet was light and natural.  I could obviously see that this show was not done to be the most beautiful anime in the world but it wasn't particularly flawed either.  The only part that bothered me was the hair.  The lines in the hair were sometimes overlapping in a way that is physically impossible for hair to accomplish.  However, if that is my main complaint with the animation, I can safely say that they did a good job. I didn't really notice the sound to any great extent.  However, in this case it may not have been a flaw.  In every scene I was relaxed and completely immerced in these characters and the setting.  The music was soft and sweet.  It didn't call attention away from the characters and I believe that was the best approach they could have taken. For this story being only 40 minutes, I found myself caring for these characters more than I did for animes that last for 50 or 100 episodes.  It didn't take much.  I so enjoyed Gin.  He was so forlorn but also took great appreciation in the girl that brightened his life, Hotaru.  There are parts of Hotaru's character that I don't entirely buy.  Firstly, since she is only able to see Gin during the summer, she has a majority of the year where she doesn't see him.  However, whenever the audience sees her away from Gin, she is pining for him.  I know that great love does make you desire to be with your loved one, however, she didn't really seem to have much of a life away from him.  People can be desperately in love and have jobs and hobbies.  I suppose, in a way, she was sort of stuck in time with Gin emotionally, but I don't think that the climax of the story really brought that theme out to the fullest.  I felt like more could have been done with Hotaru, but I am not disappointed for what was accomplished within the time frame. This anime was so lovely to watch.  I wish I could have watched it longer but, for the short time I spent with this anime, I thank its creators for something lovely and emotional.

I loved it, i loved it. But why is it so short! GOD WHY?! The simpleness of this anime makes it so strong. Though why an ending like that.... It's pure torture. I don't have much to say about it further, but if you are planning to watch it, then definitely do it.

I stumbled on this while bored but was instantly hooked. normally i find it hard to watch subed movies as i am a busy person and cant really sit and enjoy a full movie but i couldnt look away from this. The Romance is amazing. Beautiful movie story line doesnt leave anything out. short and easy to watch. Highly recomend. 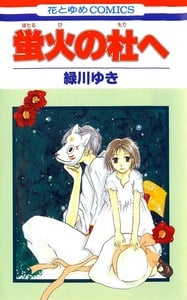