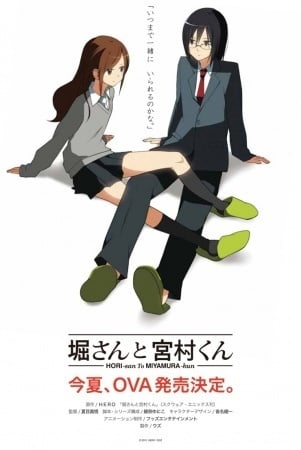 Izumi Miyamura is a lonely teenager who, despite being very recluse, ends up sharing a secret with a classmate. Her name is Kyoko Hori and he helped her younger brother when he got injured. Both are surprised by how different they look and act outside school. From then on, a peculiar bond is formed between them.

I read horimiya's manga, so i was really disappointed when i found out there was not an anime series based on, because i thought: c'mon, this is a really gret shoujo series, with good comedy and a main couple with a realistic, funny and interesting relationship. why there's no a tv show already? I was really glad when i found out there was a 3 episodes OVA series. I won't lie: the first episode was a few meh compared with the manga, but i have the politics of nevr judged an anime for his first episode. There're exceptions, of course, with first episodes so bad i didn't wanted to continue to watch that, but this OVA wasn't. fortunetly. The first OVA has the classic problem of the first episode of an anime based on a manga.A lot of stuff in the first chapters has to be put all together in one single episode.  Despite of this, the next two OVAs manage to show plots from different chapters without the the previous one's problems. The main complain about this show is simple: it should be a tv show, with 12 or 24 episodes. This would let the screenwriters do a better work. The animation is colorful and brillaint, with very basic character designs, but this two elements together makes a great visual work, original and refreshing. The OVAs center more around the boy,Miyamura, tha the girl, but Miyamura is more realistic, relatable and sympathetic than the other shojo heroes that we are used to see. He's not the archetypical bishonen, but you'd rather be with him. The girl, Hori, is not as well developed as the manga does, maybe because she has less screentime. So, you read the manga, see the series, it won't dissapoint you, except if you're an annoying manga purist. You didn't read the manga, see it anyway, then you're gonna wanted to read it to know how the story ends, but you may have to wait, the manga is still publishing.

I’m really disappointed this doesn’t have more views. It’s a feel-good story of a realistic couple. I was so excited to find out the manga had been adapted into an anime, even though it’s only a few episodes. It has a good plot, though the first episode seems a bit rushed. The relationship between Hori and Miyamura just naturally begins from friendship, which makes it more comfortable than a lot of romances I’ve watched. I would definitely recommend this if you want something to make you feel a bit more optimistic when it comes to love and relationships. Then get mad that there’s not more and go read the manga.

Nice OVA'S, the animation is kinda weird but it's not terrible, the openings, endings and VA'S are good, the characters are likeable, i think it could have been better if it was a full season 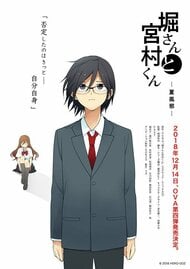 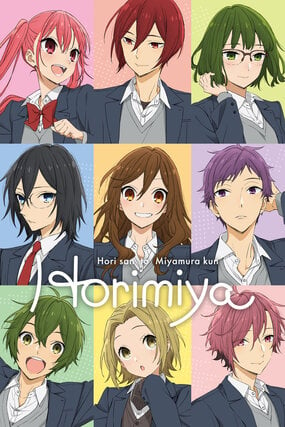 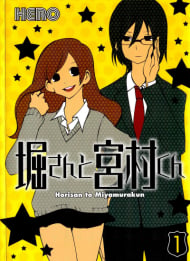 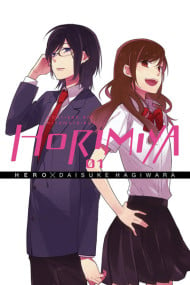 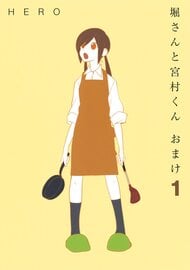