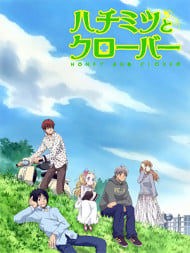 Story     4/10 The entirety of Honey and Clover can be summed up as this:  Guy A loves Girl B who loves Guy C who loves Girl D who loves Guy E who loves Girl F and so on.  We know love triangles.  Some of us love them.  But when the triangle becomes a dodecahedron it become unfeasible.  Honey and Clover follows a small group of artists as they go through college and a little beyond.  In many ways it is a coming-of-age / slice-of-life with a more melancholy note.  All of the characters love someone and are loved by someone, but no two people seem to love each other.  It’s a developed study on unrequited love, and it romanticizes the notion as an ideal. One of the true problems with this is that the show spans many years in the character’s lives, and during that time there is little to no change or development in their feelings.  Personally, I would rather accept a rejection and look for someone else to love.  But these characters all devote years of their young adult lives to their one-sided feelings.  I find this to be entirely unrealistic, as eventually 18 -24 year olds in an art school would find someone to date, and the ones who didn’t would be the exception and not the norm.  The story has other side plots and twists, and it tries to lighten the mood with standard anime shenanigans and silliness.  But at its core this anime is about unrequited love, and all the different ways it can make us miserable. I do have to give it a nod in one sense, the dialogue is written quite well.  Even though the plot is weak, repetitive and unbelievable, the presentation is eloquent.  I even found my sappy-self tear up once or twice when scenes were particularly poignant.  It’s an odd contradiction, but it happens.  Many a great plot has been destroyed by cheesy dialogue, and many a great script has been ruined for lack of plot.  Honey and Clover is the latter.  Animation           7/10 On a basic, general level, the animation can be seen as quite pretty.  Certain effects, especially when we’re focusing on the student’s art, are downright shiny.  But when it comes to emotional expressions, I feel like the show steps significantly backwards.  Characters blush, A LOT, and when they do it’s shown as a red scribble line across their cheeks.  We also get a lot of your standard flowery backdrop scenes with characters drawn in extreme emotions of some sort, and for some reason when that happens they lose a lot of their face.  Seriously, whenever they are angry, sad or euphoric, the characters no longer have a nose or shading, and their mouth becomes a simple shape reminiscent of cartoons from 40 years back.  I know a lot of anime go for a style similar to this, but in Honey and Clover it is over-done and lazy. Sound   3/10 Have you ever seen Excel Saga?  Do you remember the scenes when Excel would run down the street singing some inane optimistic gibberish in a grating and obnoxious voice?  I found the opening theme for this show to be a lot like that.   Needless to say, I fast forwarded through every opening.  The ending theme is much more tolerable, but it’s nothing above and beyond the standard sentimental music you come to expect from such things.   I’m pretty sure the soundtrack used as background was the same, but I honestly can’t remember anything distinctive about it. Characters          4/10 The characters are the plot.  So really, everything I said in the story section applies here. I will add this though; there were characters I really really wanted to like, but couldn’t.  When a character keeps shamelessly throwing themselves at one person in all the humiliating fashions these characters do, it’s hard to feel empathetic.  In some cases, I felt like the character should have been above that, but was being demeaned for the sake of the plot.  Whatever.  My dead horse is now glue. Overall  4/10 Really, I just didn’t like it.  It wasn’t the worst anime ever.  It wasn’t the worst anything.  I just didn’t find it to be as compelling or romantic as other people have.  I wrote this review mainly to provide another perspective, since I know that this is a popular series and it does appeal to certain people.  But if you, like me, feel that unproductive and blind devotion is NOT a romantic ideal, then hopefully I have succeeded in warning you.

Story: A slice of life kind of anime without a set plot where we follow the lives of three roommates who are in college and trying to find purpose in their lives. That's the basic gist of the anime and yet the story manages to add so much depth, humor, and reality into it at such a well pace that I was hooked from beginning to end without getting bored. The odd, random, and absolutely wonderful humor balanced out the rather heavy drama stemming from the plethora of intertwining love triangles and trying to find a job and goal in life. The anime is so realistic and well-paced that I can't help but feel for all the characters except maybe Shinobu but he remains an enigma, switching from being deep to ridiculous continuously. Despite the realism, just when I thought I knew what would happen, the characters would surprise me with their unexpected but understandable decisions. They're just trying to get through college and adult life as well as they can while dealing with the pains of uncertainty and love. The anime takes the simple slice-of-life genre and creates a well-paced, deep, heartwarming, unpredictable, and unforgettable story that truly stands out and left me satisfied with a bittersweet, open ending that wasn't a perfect ending for everyone but a happy/sweet ending nonetheless that answers some questions while still leaving itself open to a 2nd season. Animation: Absolutely beautiful. Just what to expect from J.C. Staff. The art is subdued, not particulary vibrant, but rich in color and slightly toned down. The rich, pastel colors add to the rather down-to-earth feel the anime has and makes the anime seem more realistic. The animation of the people is done wonderfully. Everyone looks distince and the art style is rather unique. I haven't quite seen character designs like these, well at least for the females. The expressions are done so well with pain or happiness being conveyed merely through facial expressions or through the eyes. There is also such attention to detail such as turning on a blinker when a character makes a turn, the lingering of the camera on a four-leaf clover, the way the wind blows in the characters hair and clothes, or even the way it repeats the images of a bike wheel/ferris wheel to make a point of how the characters feel. It really makes the viewer connect to the characters and relate to their internal battles. Sound: Again, absolutely beautiful. It is so soft and rich sounding with nothing to dramatic and really "loud" which suites the anime perfectly. Suga Shikao's songs perfectly add to the mood and add another layer to the scene while the scores are all memorable, adding dpeth to the scene and heightening the emotion that are spilling forth from the characters. I just had to go listen to the entire soundtrack and realized I adored every piece which means I need to go and buy it. The music is just so unique and each selection stands out to me. So not only did they all manage to add to the scene, it made me want to know what each was called so I get the song. The opening and both endings really convey the message of the anime nicely though the 2nd ending was not nearly as catchy and sweet as the 1st. The VAs really added depth to the characters, expressing their emotions with such depth that I truly felt for each character and each and every one of them stood out. Characters: A unique and wonderful cast that is filled with depth, humor, and quirks. Each character is suffering yet smile through their pain and uncertainty in life and continue with lives on a day-to-day basis. Yuta is trying to find a job while realizing that he is in love. He fears rejection and tries to sort through the uncertainties of his future the best he can in a realistic manner though comes to an unforeseen action towards the end of the anime. He cares about his roommates and tries his best to help them though it is definitely not easy. Shinobu's life is a mysterty to all and I still don't know what his job is or what goes through his mind but he adds plenty of comedy to the group. Ayumi struggles through her one-sided love and I can't help but hope for a happy ending for her as she tries to strive forward. Hagu is just so cute and acts like such an adorable child yet she is so mature in her way of thinking and understanding situation sometimes. Each character seems like a cliche at first glance but all of them develop so wonderfully throughout the anime and solidify their unique personalities with their reasonable flaws that make them so easy to relate to during the beginning of the anime so we care about their problems and want to see them find happiness. One of my top casts in an anime. Overall: A refreshingly unique take on a slice-of-life where all the characters grow and mature in a realistic pace while keeping true to themselves. The question "How far can I travel without looking back?" is continually referred to and showcases how each of them strives forward yet still cling to the past letting it hold them back or allowing them to go forth. The anime was amazing from start to finish. I highly recommend this to everyone who is at least a young teenager regardless of gender. It is one where most people can find something to relate to and one that is truly unforgettable. 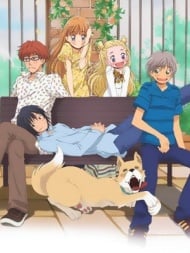 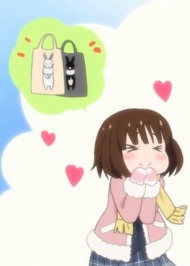 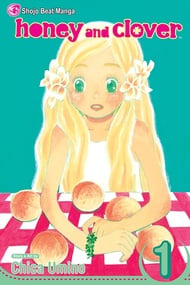