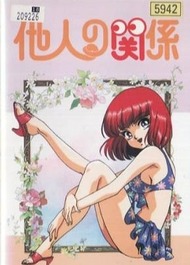 Story It’s been a bit of a wait, but here it is folks, the latest “it’s so bad, you *have* to watch it” ecchi anime title! As usual, I find these little gems on the behest of sothis in an attempt to cover as many titles as possible in the anime database since I would definitely not be watching them by choice. But the plethora of terrible and forgotten ecchi shows have become a major source of amusement for both me and those friends who get to laugh at the atrocious screenshots produced. And believe me, Homeroom Affairs does not disappoint. Opening with the lustful dream of a rather naive teacher believing that his first day in an all-girls school will see him surrounded by innocent females professing their love for him, it becomes painfully obvious that this is a Japanese otaku’s wet dream of an OVA. Obviously, he has never watched an episode of Jerry Springer filled with teenage sluts. Brought to earth with a bump, Tokiro-sensei stumbles, literally, across Miyako. Proving that he is as feckless as first thought, he is led by the young minx back to her place where they discuss the fact she has a packet of condoms in her possession. Predictability means that I do not need to spell out what happens next, nor how the teacher finds himself in a compromising position with the buxom babe. As Tokiro attempts to suppress the breasticles being rubbed in his face, only the fact that Miyako is 18 (and therefore legal) sets this aside from Kodomo no Jikan. The creative and downright perverted ways that the pretty young girl devises to seduce her sensei are frequently laughable, especially against the backdrop of a classroom. Unfortunately, the second half of these two episodes sees a deviation from the crude to the poorly plot driven. In an attempt to explain Miyako’s scantily clad tendencies and force a sense of empathy from the viewer, the appearance of an ex-boyfriend gives her even more opportunities to shed various items of clothing and once more unleash the puppies. Having seen an almost identical plot unfold in Strange Love, Homeroom Affairs simply becomes much of a muchness and instantly forgettable. With a title reminiscent of a porno, and a blantant desire to be an all-out hentai, the OVA instead plays it safe as an over-the-top ecchi and surprisingly it is this that makes for disappointment. Note to the writers: When a girl sits topless before a guy with her legs akimbo, she doesn’t want the guy to pass out from a severe nosebleed. If a female uses her body to wash the object of her desires, being pushed away is certainly not the biggest turn on. So please, less of the teasing, and more of the down and dirty! Animation Created in the 90’s, the hand drawn style of Homeroom Affairs certainly lacks finesse. With characters facial features varying from scene to scene, and colours seeming to bleed between the hastily drawn lines, it compares unfavourably with shows from the same era. Even palette choices are often completely wrong, for example urine-hued water ruins what could have been a sexy bathtub scene. One thing in its favour, however, is an uncanny ability to draw breasts. Perfectly proportioned Miyako proudly displays her feminine protrusions on a regular basis and they really are a marvel to behold. If only the animation for the rest of her body warranted as much love and attention. Or any other character. Or the background. Sound Usually, I only gripe about voice actors if I watched a show dubbed. But there is always an exception to the rule, and Homeroom Affairs demonstrates that even Japanese seiyuu are not immune from the talentless overacting disease. Especially prevalent in the male cast, whiny, nasal tones spew forth from the misshapen character lips. Even the females aren’t spared some annoyance though; Miyako and her friends act like typical schoolgirls, using uncomfortably high pitched voices to giggle and gossip. The show lacks any opening music, which is a blessing in disguise as the closing track is instantly forgettable, especially with the deluge of episode flashbacks focussing on the boobies. Characters Stereotyped: from the overly naive teacher who believes that all of his students are angelic kittens that need protecting, to the persistently horny schoolgirl that whips her ample bosom out given half the chance. As tempted as I am to claim zero character development, there is actually a surprising amount given the escalation of the relationship between lusty Miyako and the petrified Toriko. Sadly, this doesn’t make either of them likeable characters, especially when it seems sensei lacks the balls to be a real man! Then again, ecchi is never out to dazzle the viewer with a likable cast, or leave them with fond memories of an engrossing plot. Overall By god is it bad, but Homeroom Affairs definitely has that something that will make you laugh at just how terrible it is. Be it the naked apron trick, or the Soapland visit, this is definitely a title for those sadists who love to experience the “so bad it’s good” effect. Everyone else, heed the warning and steer well clear.

There's something special about corny 90s anime like this. The startlingly well-drawn backgrounds that contrast against the odd animation and goofy faces in the foreground; the soundtrack that sounds like it probably sounded great in the recording studio but by the time it got compressed/encoded down into the show it sounds like a wrinkled tape that barely runs through the tape player without jamming; the impressively over-enthusiastic voice acting that just screams "I know this show sucks but maybe if I put a lot of effort in I'll get a role in something bigger"... They're like that snack that makes you wonder "why am I even eating this? I could have somthing so much better" but you just keep munching anyway. Homeroom Affairs fits the bill perfectly - it's so blatantly mediocre it had me grinning ear to ear like an idiot. Maybe it's nostalgia for that era? Maybe I'm just a sucker for this kind of cheesy nonsense. Story - It's basically all there in the synopsis. A whole 90 minutes across 2 episodes that purely revolves around a homeroom teacher who's too much of a good guy to take advantage of his student, but too much of an idiot to prevent him from ending up with her boobs in his face all the time. There's a side-plot in the second episode that tries to bring it together and make it more wholesome, but that's basically a copy-paste story from every generic rom-com ever. I give this category a 4. Weak story in the first episode, and while the second episode puts forth a real story to show, it's not even remotely original. Animation - About standard for 90s rom-com anime, maybe a little better. There's a lot of hitches and animation weirdness just due to the medium like all 90s anime had. That said, the art style is surprisingly consistent. I give this category a 6. By modern standards it's way below mediocre, but for its time I'd say it's actually a bit above average. Sound - Purely middle-of-the-road for its time period. That upbeat jangly piano and cheap violin combo that sounds like it's being played on a tape player that's on its last leg and can't play the song at a consistent speed. The voice acting is decent, if a bit overenthusiastic. This category gets a 5. Nothing wrong, but nothing above average either. Characters - The Teacher character is your bog standard dimwit protagonist that's a little too naieve and a little too kind natured for his own good. However, in stark contrast to a lot of shows that make use of this character trope, the MC actually has a character arc and shows demonstrable growth. The student who tries to seduce him is more or less a similar cutout of a character trope - the seductress that thinks the only way to get what she wants is with her body. Similar to the MC, she does show growth over the story. There is a side character in the 2nd episode that deserves some mention - he plays into the questionably-abusive hardass-ex-boyfriend trope pretty heavily, but ultimately ends up trying to redeem himself (though it comes across rather abruptly due to how little screen time he has to come to that redepmtion). I give this category a solid 6. Mediocre tropes that received surprisingly above average treatment. Overall - Critically speaking I have to say this show is flatly mediocre - there's nothing particularly redeeming about it in any quantifiable way, and it teeters on the edge of falling into the black abyss of boredom or even annoyance. If you don't particularly care for 90s anime aesthetic or cheesy rom-com anime, steer clear of this one. That said, I have a soft spot for this kind of 90s anime junk-food and Homeroom Affairs may quite possibly be my favorite "bad" 90s romcom so far. If you like the aesthetic and/or cheesy romance stories with gratuitous fanservice, this is the right place for you. I give this a 6/10 overall. Above average in representation for its genre, and impressive in being able to make me grin like an idiot, but ultimately it's still "bad". 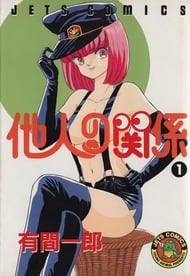