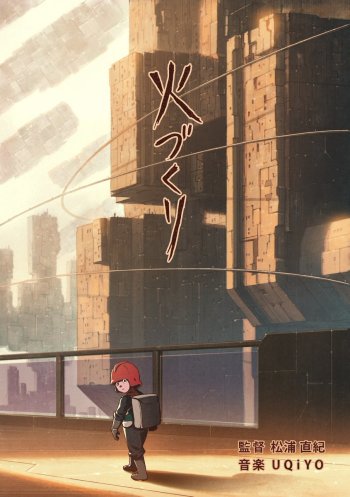 The science-fiction adventure story takes place 46 million light years away from Earth in the Sombrero Galaxy on a planet named Milky. The alien boy Kid, who refers to himself as "Space's #1 Pilot," uses a "Power Crystal" to modify his spaceship and travel through dimensions.

Kanipan is now a teenager, and still a famous inventor. But one day, a mysterious ship fell from the sky and crashed on a beach. Inside was a female humanoid who has forgotten all about herself. It is up to Kanipan to revive the humanoid's memory, and in the process he accidentally discovers that his planet is in great danger.

Deep in the center of the universe, the galactic energy which controls all living things has become weak, causing plants, stones, and living beings to turn into deadly monsters. With time running out, only one woman has the ability to save the universe: the moon princess Aurora. Along with the cyborg Jan Cogo, hungry Hakka and brainiac Jogo, she sets out to the Great King planet to restore the galactic energy and save the galaxy!

Teenage Marine Boy battles evil on and under the seas on behalf of the Ocean Patrol - aided by the amazing inventions of his father, Dr. Mariner and the brilliant Professor Fumble. Joining Marine Boy in his mission are his white dolphin, Splasher, young mermaid Neptina, and fellow Ocean Patrol agents Bullton and Piper. Get ready to dive into the amazing aquatic animated adventures of Marine Boy!

The story follows Suzume, a 17-year-old girl from a quiet Kyushu town who meets a young man looking for a door. They find a door within ruins in the mountain, and Suzume opens it. Soon, more doors begin to open around Japan, bringing disasters from the other side.

It is the year 2099, and laser-driven photon ships roam the galaxy in search of intrigue and wonder. On a search for discoveries, the newly-built Starlight set out on its maiden voyage, only to run across a mysterious young woman and a strange alien message which only she can decipher. Following intricate clues which hint at the origins of civilization as we know it, the crew of the Starlight now set off for a distant galaxy where their destiny, as well as the future of humankind, lies in wait...