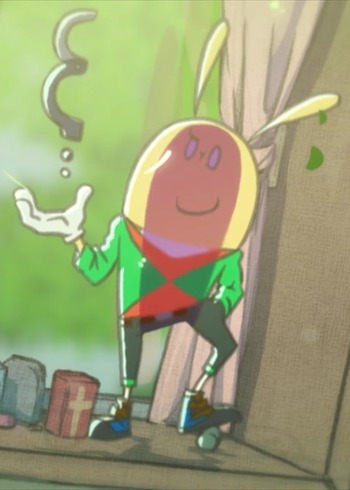 Unico the unicorn is once again in a new place. During his journey with the West Wind, Unico meets Tsubasa, a talking tree boy. The Earth has become totally ruined to the extent that no creature can live there, because humans have drained it of all resources and destroyed the environment. Unico and Tsubasa go on a journey to find a way to make the Earth habitable again. They finally meet the Sphinx and the "time fairy" (Astro Boy/Atom) at the end of their hard journey. They decide to go back to the past and prevent humans from taking the wrong path.

When four-year-old Kun meets his new baby sister, his world is turned upside down. Named Mirai (meaning “future”), the baby quickly wins the hearts of Kun’s entire family. As his mother returns to work, and his father struggles to run the household, Kun becomes increasingly jealous of baby Mirai... until one day he storms off into the garden, where he encounters strange guests from the past and future – including his sister Mirai, as a teenager. Together, Kun and teenage Mirai go on a journey through time and space, uncovering their family’s incredible story. But why did Mirai come from the future?

Dr. Keida has successfully invented a time machine called Time Bokan, and to prove to his lab assistants that it works, he uses himself as the guinea pig. The test run was a success as it traveled through time and space within a matter of minutes, but when the device returns the lab assistants are surprised to discover that the doctor is missing, and only a talking parrot and a diamond are found...