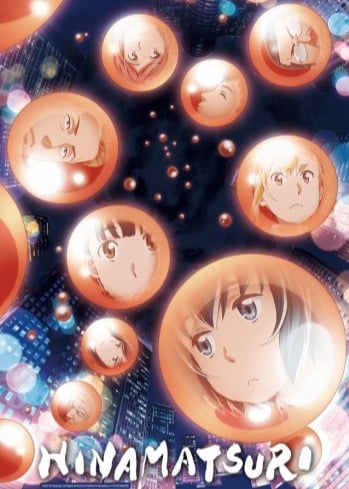 Arrival of the Psychokinetic Girl!

This Is how You Have a Superpower Battle!

Three Heads Are Better Than One

Nitta-san Has a Dandy Dad

Anzu Is a Greeter Now

And It's the Same Old Hina

Life Is About Survival

A Man Thirsty for Blood, Violence, and Money

*0% spoilers* This anime certainly had its hype for this season because of how famous the manga is for its comedy. Reading the summary and the tags will certainly give you an idea of how this anime is going to be. Superpowers, psychic powers, yakuza, gangs, OMG there is going to be a lot of action! Nope. Slice of life, comedy, seinen, Iyashikei and even childcare. Many people have been misleading themselves that this anime is going to action packed, or at the least use psychic powers as a means for comedy. They've totally missed the mark. This show is a SoL comedy of two psychic girls (there is one more girl but she doesn't have much sreentime as the other two) who come from the other world? where psychic powers exist, to this world where psychic powers don't exist. They try to get along, habilitate into the society. They learn different things, and its heart-warming to watch. Its the type of show where you get attached to the characters, and just relax. Indeed this anime had made me laugh out loud, the comedy is just too good. The comedy you get is "the clueless person does dumb things and the other person makes funny faces", like a slapstick + tsukkomi comedy, not only this, but there is also "the misunderstanding between two parties" comedy too in which they also show both the character's internal monologue. I'll explain why the first episode of this anime mislead a lot of people at the last but for now lets just move on to the : Story (8/10)The story is not so important in this anime. The pacing was just a little slow, and there are a lot of things the viewers doesn't know. For example, where are the psychic girls from? Why did the both of them end up in japan? Did they run away from their place? You dont have to know the answers for these. They are all the past. Also, the story is not only about the two psychic girls. There are a lot of other characters too, which i will be covering in the characters section. They tried to make every single moment of this anime to be funny, and I can confidently say they have succeeded in doing so. In total, dont expect an action packed story, instead sit back, relax, comfy, and enjoy the SoL comedy this anime has to offer.I don't have to explain how the story starts, just read the summary xD. Animation & Sound (9/10 & 8/10)There was also a lot of hype for the animation, since the first episode had an awesome martial arts fight scene in it. You would wish to see more scenes like that but unfortunately you are not going to get one. The backgrounds were ok, didn't impact my watch that much. The colours were not too bright and not too dull too, at the perfect scale. The Op and ED were really good, they had some minor changes throughout the 12 episodes in the video of OP and ED too. The BGMs were calm and matched with the scenes. Not much to say here. Characters (7/10)The characters play the main role of satisfying the viewers. They are funny, easily attachable.... and.. what? There is nothing else? Every one of them is unique, and every characters get their own screen time so that you can know about every one of them. Speaking of characters, i got attached to them so easily, but looking carefully, they are kinda hollow. Indeed there is a little character development, but the comedy took most of the credits, and the characters lost them. This may be to keep the comedy going, but I'm not so much bothered about it. They were funny, relaxing to watch, thats all you need. Overall (8/10)Just keep a sofa Infront of your monitor, lean back (if you want you can invite some friends), grab a drink and some snacks and enjoy. This anime wont keep you on the edge of the seat, neither breathtaking nor serious moments, just heart-warming and funny. I really enjoyed this, i looked forward to this every week. If you like non-moe SoL, comedy and just wants to relax, then you will surely enjoy this. But if you are expecting some action, psychic powers, or moe SoL, this is not the right one for you. About why the first episode mislead so many people *First episode spoilers* So the episode pops up, and we see a girl fighting, taking out guys alone with artial arts. Wow, the animation is so cool. Then we see a new psychic girl pop up in a yakuza's house. Ok... Then he uses the psychic girl to take out a whole gang! OMG! I can't wait to see what other things he is going to use this girl for. Ahhaa , he tells the girl not to use powers anymore, and in the rest of the episodes she almost never uses them. Leaving that, she could've used the powers for some comedy, for example moving the chalk on its own in the classroom to write on the board "I'm gay" as if making it look like the teacher is writing it. That would be fun, yea. But it would stop the character growth of the psychic girls. They would be the same girls who came from another world to earth and still don't have the knowledge of this modern society. Ofc,there are some times where they use the psychic powers, but people were not satisfied by that much.

Hinamatsuri is the best example of a comedy that starts out magnificently, then dovetails in quality quickly. I was frustrated because the beginning excited me, only for the execution to break down.             Hinamatsuri is a comedy based on an odd premise: a young yakuza, Nitta, has his house invaded by a magical girl, Hina. Hina is apathetic and only cares about her immediate pleasures. At the threat of her powers, Nitta adopts Hina and they start a wacky chain of events.             The plot exists to bring in odd jokes. Hina is the least interesting character and she makes everyones lives weirder. Her school friend, Hitomi, is an overachieving student who becomes a bartender and becomes the most popular bartender in Tokyo. Another magical girl, Anzu, is defeated by Hina and becomes homeless, learning the value of every dollar. This is a talented and entertaining cast, and the strange stories they are in are wildly entertaining for the first few episodes. After episode four, the constant laughs end and the weaknesses of the anime are exposed. Without the wild stories to put the characters in, the characters become boring and lifeless.             I am saddened that Hinamatsuri became so boring, as the first episodes were so much nonsensical fun that I thought this may be the best anime of the spring. Too bad.

Brilliant; simply brilliant. This is the first slice of life anime that I have seen that depicts the daily struggle that is life so well. It really is a “slice of life”. The character development is astounding. The opening episodes and the synopsis as written for the promotion of this anime, have nothing to do with the actual anime. It is rare to see characters so down to earth. As for the telekinetic powers, the entire premise of the promotional material, it is not used much at all in the anime. It just serves to move the plot along a bit. There were some emotional moments in the episodes that were truly sad, an effect that may be lost unless you binge watch it. The funny parts are there, but this is not a comedy. Just as real life has comical moments, so too this story (I’m trying to be vague to keep from giving away any plot points). I wish it was longer. I’ll miss the characters. The story does not devolve nor loose its edge as the show progresses. I have a personal rule that I do not watch anime that has more than 50 episodes, however I would gladly watch 100 episodes of this anime if it existed. It is a Pity. 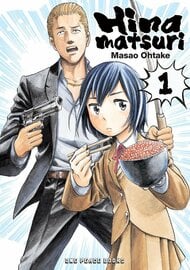