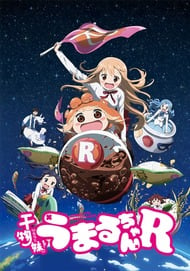 A Party with the Whole Gang

First Time for Everyone

Umaru and the Starry Sky

More cute, chibi-filled, comedy entertainment with everyone's favorite, lazy, hamster hood wearing girl. It's more of the random, episode based comedy that you got in season 1 with most episodes split into 2 different short stories. There are some major changes though, in some ways they add more to the anime, but it comes at a price as well. The theme this season is "friendship". There is a lot more screen time and inclusion on the other primary cast members such as Kirie and Nana for example. You get more background on Nana, and Kirie's brother is more frequently involved. Activities are done more on a group basis now, which is a good thing and adds character and relation to the Anime in the form of more meaningful content. You don't see characters alone as much, especially Umaru. Since Umaru isn't seen alone as often anymore, you know what that means about her chibi, hamster hood phase. The price to pay for that meaningful bonding and focus on friendship means far less screen time of Umaru being in her lazy chibi form. This might be a positive thing for people who aren't quite as into that portion of the Anime, but it might be a slight disappointment for those who do enjoy it, as it was a signature concept of season 1. The last change is the addition of new characters. There are a few new characters, you'll have to find out who they are yourself. They don't seem to add a whole lot, and are so-so additions. One character made sense due to them a family member, but even then, they just felt a bit forced as additions, and the screen time would have been better spent on Umaru and the others. Something that really stayed with me and ruined one of them, was their really bushy eyebrows, it detracted from them being a cute addition and made the character look and feel awkward, considering this was a feature that stood out. The coolest feature this season has to be the opening and ending. Both have custom made lyrics for the anime and the lyrics custom voiced by the actors from the sounds of it. They are also rather catchy.  Overall it's what you'd expect based on season 1. You get more of all of that, but with a lot more focus on friendship. The screen time across characters is more balanced, at the cost of less Umaru chibi form. It's still cute, fun, and uplifting though, great for an evening to have some laughs, just not quite as good as season 1 due to less chibi Umaru mode (personal taste) Review of Season 1 ; Scored 10

I realized halfway through that I was watching this and not the original. Oops. Still gonna write a review. I might still watch the first season; if I do I'll finish this, but as of episode seven I don't like it enough to continue.  STORY -- 5/10 Right away I noticed the pacing was odd. In "Dragon Maid", the episodes were essentially long montages showing everyone living their lives, and to transition between characters there were little animated cards with symbols showing up on screen. But here, there's no transition at all. One minute Umaru is rolling across the floor in her hamster hood, the next she's pulling weeds, then all of a sudden she's helping a friend with soccer? It's jarring if you're not expecting it, but you get used to it after a bit. Anyway, other than that, nothing really...happens. It's not because it's slice-of-life. It's because nothing happens. I might be acting a little harsh. There were some nice scenes, like Umaru and her brother looking at the stars.  ART/ANIMATION -- 6/10 It's fine. Nothing incredible. Just nice to look at. Definitely better than some anime I've seen. I liked all the background references to things. I saw this figurine that looked like a cross between Madoka and Princess Tutu? idk if that was the intention but I loved it. There were some weird things though. Why did Alex put anime posters outside? Was there actually glass there and I just didn't see it? idk, it was weird. But I've never been in one of those traditional Japanese houses, so maybe I don't understand what's weird to do with them and what's not.  I'm interested to know what the word "shupa"/"shupan" means and why it was said in the background in scenes with Sylphyn if anyone can tell me. Is it onomonopeia? Some kind of slang? Google told me nothing.  I wasn't sure where to put this but I didn't realize those hamsters were hamsters until episode 6. Which either says something about the anime or says something about the state of my brain.  SOUND -- 6/10 I was having a long day and my head was full of creepy shit from the internet...and then I heard Umaru-chan's OP. didn't realize how much I needed it. so colorful. so fun. was going to give a 5, but the OP deserves a point of its own.  I watched subbed. The voice acting was too much in places, but this was a high-energy anime, so maybe that was the point. Sylphyn's "DESU-WAA" was weirdly hilarious every time and I can't say why.  CHARACTERS -- 6/10 This is the second time in two weeks that I've mentioned DID in an anime review, but Umaru's different sides remind me of it. There's the stay-at-home chibi Umaru who's just like a little, the polite pretty school Umaru, the boyish Umaru with the hat. And then there was her occasional internal dialogue and arguments (not the itchy ears thing--but like, the New Year's allowance thing). I vibed with it. And now I want to set my littles' Barbies up.  The "everyone's obsessed to the point of hysterics with this bland-ass guy for no explained reason" trope shows up again. Lame. To be fair, there were some wholesome scenes between Umaru and her brother, but otherwise he was pretty generic.  Ebina was the worst. In the squeakiest voice humanly possible, face glowing: "I COULDN'T POSSIBLY--" GASP "A-ACCEPT A--" GASP "PRESENT???" GASP GASP "AAAaaAAAA" are you having an orgasm on this guy's doorstep? can we not? I get that this is supposed to be over-the-top and silly, but god damn. Even in the more chill scenes she acts like she's about to pass out. Do people actually think this is cute or funny? "she's shy <3" I'm a real-life shy person here to tell you I don't piss myself every time someone says two words to me. It's insulting.  OVERALL -- 6/10 Overwhelmingly average. There are a few positives to be found here, so it rounds up to a six.  I wasn't as into it as I thought I'd be. I was hoping it would be cozier and more indoors and less stupid. If anyone reading this wants to suggest something better with the same concept, please do.

People giving this anime bad reviews because Umaru is a bratty character are totally missing the point. THAT'S WHY THE SHOW IS FUNNY, without her being the way she is - there is no split personality, there is no jokes and there is no show. And oh boy, what a character she is! Love her or hate her, there is no denying she will leave an impression on you and you will never forget her cute little chibbi face and voice. She may actually be one of the most memorable (and cutest!) characters ever made in anime. And btw, despite her egocentric character, she DOES care a lot about her friends and loves her brother more than anything. 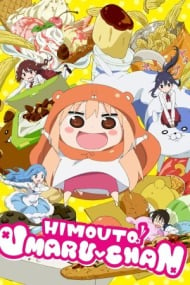 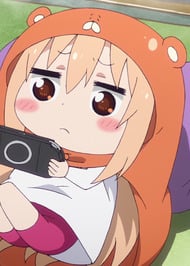 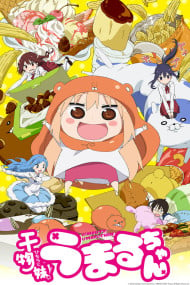 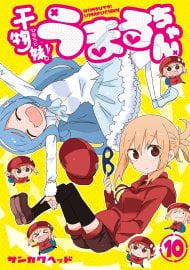 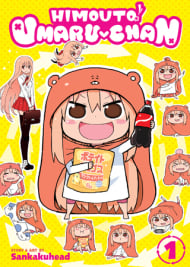 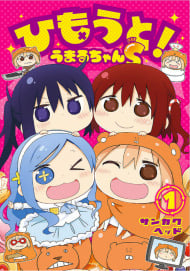 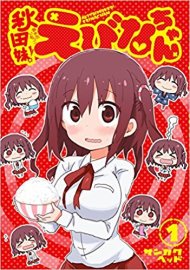 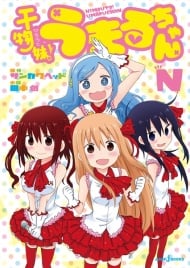 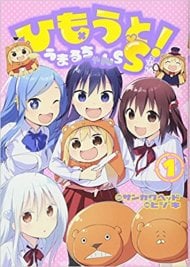 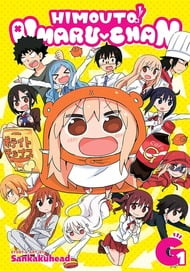