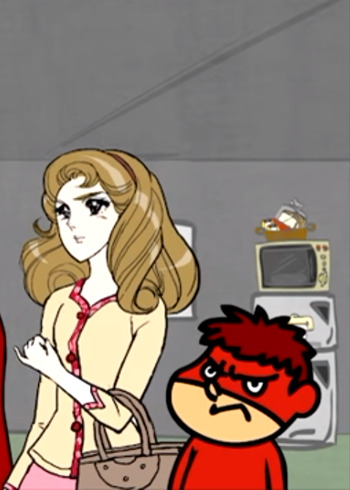 If you're looking for anime similar to Himitsukessha Taka no Tsume x Glass no Kamen desu ga, you might like these titles.

Worlds collide in this epic tale of false love between vampires! ...Just kidding. This is a trailer for a fictitious crossover, which was produced both as an April Fool's Day joke, and a celebration of SHAFT's 40th anniversary.

Heroes from worlds of Tezuka Production and Tatsunoko Production “evolved” for their TV appearance.