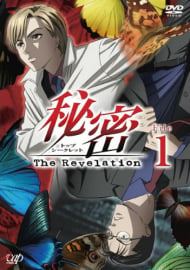 In the present, murders are solved not by investigations, but by memories. Using the removed brain of a victim, the members of Forensic Investigation Office Section Nine examine the person's last thoughts to determine a suspect and motive in the case. Many oppose the violation of their loved ones' private and personal memories; but what they don't understand is that behind the scenes, even the investigators themselves are often conflicted with their deeds. Aoki Ikko is one such man who struggles to overcome his own mental doubts about his profession, while trying his best to take down those responsible for the crimes.

Story: There is a serious problem. It’s called tedious mediocrity.  This isn’t even a good who done it.  When reading the description, I thought oh, this is going to be interesting! Maybe I expected more surrealism, more mystery, or…something. My first question was: If we can use this magical MRI to ‘see’ a person’s memory, why can’t we hear anything? That distracted me for the entire duration of the show. My other issues was that each episode a full case. The most you get is the occasional 2 ep story arc. For a good mystery, in order to get involved and have enough complexity, the story arcs needed to be a little longer. At first you think it’s going to be murder of the week. It actually stays that way except for the rare two parters. There is an undercurrent story line that is threaded through the entire series, too bad it doesn’t draw you in. I actually did finish it, and I’m surprised. Another problem is that it would throw out these ‘risqué’ themes as if their concepts made for good plot twists. I suppose if you are green and naive, that might just work.  There were things in there that it would tell you outright, for example Aoiki is in love with his sister and then it just drops it. This is a pretty big issue for someone to have. I understand his work is really demanding, but how can you be in love with someone for that long and just not think about it, ever, is just kinda of unrealistic. It’s not that I wanted to watch him pine over it or anything, it’s just that there should have been something there, like a thorn in your side, or a needle under your nail, a boil on your butt – it just doesn’t poof go away because you want it to, and something like that, you can’t just ignore it. Who knows, maybe he got off screen therepy.  He went to her wedding and was happy and fine. But then again, by that time he’d been working with Maki for a while. About that. I make no secret that I read a bunch of yaoi. I know a set up when I see it. When Aoki first meets Maki, I expected to see flower petals drop from the heavens or fireworks or sparkles – that is how yaoi like it came across. It ended like that too – but not before exploring the incredibly DISTURBING aspect of ‘oh you are a lot like my dead ex… let’s hook up in a few more months after I finish getting over it.”  Only the scene with the babies gave me deeper chills than that.  Talk about psychologically unhealthy and creepy… but then again aoki starts off crushing on his sister, why did I expect more? I think what I’m trying to say is that there wasn’t enough substance or time. If each story arc had been longer than one episode, this anime could have been great, and interesting, there could have even been a bit of suspense. Suspense was sadly lacking – they watched stuff for a min or two and within the next few minutes figured it out – the audience barely gets a chance to get psychologically or emotionally involved with any of the cases – all of which would have been really interesting if they had been developed and played out. I feel like we got the short end of the buss. Animation: It was really good. There were some varying styles but everything was done well. Sound: the background music was just completely awful. It reminded me of the old movies my grandmother and I watched, but that was not the awful part. The awful part was that the music belonged to a different setting/scene. It just didn’t match, and then it got obstructive and obtrusive. It became distracting, it was so out of place…. Some of those voice actors really needed to kill all the unnecessary noises they kept making. Characters:  I really didn’t like Aoki half the time; he was a whiney pants in the beginning. Then for most of the rest of the show he was too busy over reacting and making unnecessary noises. He redeemed himself in the last episode. Maki was usually likeable until he had his issues – and oh boy, when he had an issue, he got all messy and stupid. Both he and Aoki need to have some mood stabilizers. I expect professionals of their field to have a better grip on their emotions, or maybe I just watch too much Japanese dramas and am used to more calm and stable types. (Just in case you do not watch jdrama – this was sarcasm)  The rest of the cast was likeable enough that I can’t even think of anything bad about them, I can’t think of anything that stands out though. Overall  It was actually boring. I knew there was a ‘bigger story’ lurking in there, which is why I kept watching – but I was still rather disappointed. The stories were interesting; the plot was interesting, the execution failed.

Story: What if you could look into the memories of a murder victim and see their last days? What if you could look into the memories of a serial killer to better understand them? Both prospects are suitably terrifying, but in this anime they made that a reality. With the creation of Memory Reproduction Imaging, or M.R.I, the police are given this exact ability and thus the infamous Section Nine is created. Section Nine is a very small police force made up of investigators who use the MRI to look at the memories of murder victims and / or serial killers to try to find either the killer or the motive to better understand why the murders took place. Most of the cases only take one episode to solve, but the truly compelling ones take two or three episodes to solve. Amongst all of this there is an interwining plot involving Maki, the Director of Section Nine, and what happened 18 months before during an investigation of a serial killer that led to Maki killing his best friend Suzuki. When Aoki, who reminds Maki very much of Suzuki, joins Section Nine his friend comes to the forefront of his mind and he can no longer ignore the case that led to Suzuki's death. Each episode was fascinating. Even more so toward the end of the anime when they start to wrap up the entertwining plot that had been going on in the backround. It get's so gripping toward the end that you simply won't be able to stop watching, especially after what happens to ... well, I can't spoil but ... let me just say that when it hit that case I cried my eyes out at the end of it.  It was quite a ride!   Animation: The animation was really nicely done! I really enjoyed it and found it lovely at times even if it was a tad simplistic, it also had some disturbing scenes as well, but that was to be expected considering the plot... I cringed at some of the murder scenes because they were so well done. Sound: The soundtrack was good. Not fantastic, but good nothing the less. The VA's did a great job as I had no complaints on that front. Characters: The characters were fantastic! Especially Aoki and Maki who were the MC's. I also really loved some of the side characters ... sadly even one of the ones who was killed. T^T Overall: All in all, I stumbled upon this anime by chance and ended up very much enjoying the ride...

Intro...The development of MRI (Memory Resonance Imaging) has led to a whole new method of investigating crimes.  Section 9 uses the brains of the deceased victims to find out exactly who or what caused the deaths of the person.Story: 6.2I must admit that I was intrigued by the idea of looking into peoples brains once they've died.  The concept, while incredibly unrealistic, does create a solid foundation plot which continues throughout the series.  Its strange to see how the crimes can be solved from the victims viewpoint.  While this strong permise continues throughout the series, it unfortunately does suffer from Section 9 having to investigate everything and even do the arresting.  It really does tick you off after watching a person who specialises in lip-reading dashing off heroically to solve a crime.  The ending as well was also a rather big disappointment and I wish that they'd actually done the decent thing and had a not your typical ending.  However, it does maintain enough interest to keep you watching.Animation: 7I must say that the animation of Himitsu: The Revelation is pretty good, with the brilliant use of dark colours and contrast to create the atmosphere of the place.  The scenes are often well chorographed to take in account what needs to be seen at the moment in time and the computer graphics while added to the flavour of the series do not impede upon the overall design.  One of the biggest annoyances within the entire show is that you really wished that the characters had a change of wardrobe.  It's rather tragic but pretty much all the characters have the same clothing day in day out and it does make you wish that they'd actually put some more effort into it.Sound: 6.3The music is okay, not really noticable and occasionally supports the action on scene rather well.  Personally, I didn't really like the opening or endings, I felt that they were rather boring.  Voice acting wise, it was pretty decent and didn't really have any major slip-ups along the way.Characters: 7There are a lot of characters in the series and not all of them are living.  Yet even the ones we see through the eyes of dead people are each given their own unique background and settings and it is perhaps this depth of character development within the series that is one of the biggest strong points.  The main characters are not overly developed, except with a noticable few who get all the high points, with the rest getting less development than the dead person.  Oh well, that's the way the series is.Overall: 6.7Not a series that everyone will enjoy, but certainly one that does bring some new and interesting ideas into the world of anime and if you want to see something that may sound completely far-fetched yet somehow believable, then this is certainly a series for you to watch.  Also, good for those of you who want 26 episodes of whodunnit. 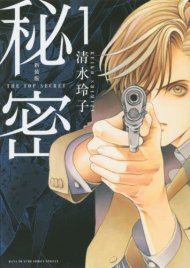