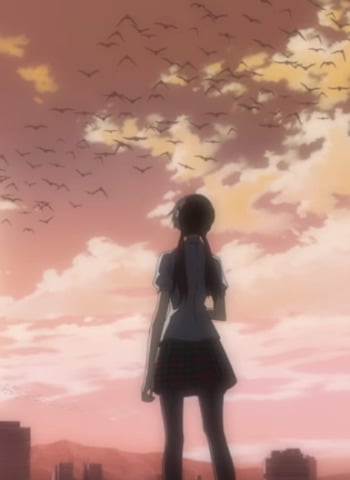 Ninety years ago, global nuclear war destroyed the Earth, leaving the seeds of hope for the future in the hands of young Amamiku. Now, in the present, Amamiku has awoken from her cryostasis into a strange underwater world. Her mission, as deemed by the holographic images of her long dead parents, is to use the seeds to revive Earth - but it won't be easy. Though a small selection of other humans are alive and willing to help her on her quest, others such as the evil floating brain creature Glyptofane want to prevent Earth's revival at all costs. The fate of the world lies in a young girl, her robotic companion, and a few brave souls; will she succeed?

In a post-apocalyptic future, a group of soldiers is sent to a ghost city to destroy an automated sentry.

It has been a hundred years since the end of the war between the Imperial and Republic armies. Humanity is spread out across the barren landscape, isolating themselves for better protection against the 'beasts' – rogue robots that are bent on wiping out mankind. But recently the attacks have been increasing in scale and frequency, and a wardroid-raised boy named Ital finds out why: the 'beast-masters', the part-human and part-robot controllers of the beasts, have returned. Together with his companion Zaxon, a wardroid who has lost his memory, Ital fights against the beast-masters. Why have they returned after so long, what are they up to, and who is this mysterious 'General' that they refer to?

In the far future, soldiers sift through the rubble of a post-apocalyptic landscape and come across a broken-down robot who shows the men its memories, watching a young girl grow up from a small child to a newlywed, just before disaster struck.

In the year 2047, the invaders came without warning, annihilating most of humanity in days. And while the survivors banded together to form a new world government to combat the threat, by 2053, mankind's outlook is bleak. Now, in a final desperate attack, hope lies only with a soldier who lost his father in the invasion, and a weapon more powerful than belief.