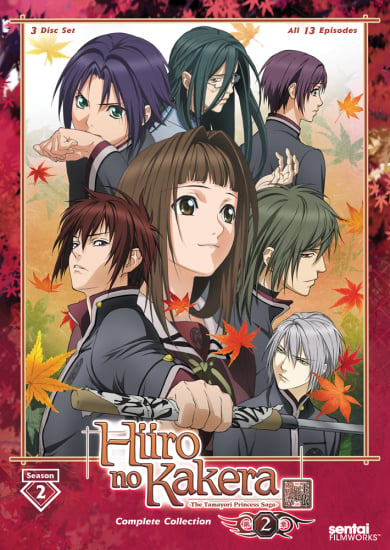 If you're looking for manga similar to Hiiro no Kakera: The Tamayori Princess Saga 2, you might like these titles.

In the year 1923, Takiko Okuda is living in a small Japanese town with her dying mother, while struggling with feelings of loneliness and heartbreak. After a long absence, her absentee father finally returns home with a mysterious book named ‘The Universe of the Four Gods,' which he has spent years obsessively translating. When Takiko's mother dies, Takiko vents her frustration and anger on this book her father seems to value above his family; and to make matters worse, she's then transported into the book and finds herself called the Priestess of Genbu. However in this land of Hokkan, the Priestess and her seven celestial warriors are not welcome; Takiko must overcome many trials to save this other world that does not seem to want her.

These titles have key elements in common:

1. Both based upon a central female character who is thrust into a bizarre and unfamiliar position due to supernatual forces. Both must shoulder the burden of a serious supernatural threat and attempt to solve a vast issue

2. Both are surrounded by combat-focused characters (mainly men) who strive to protect her - even if they pretend not to get along with her

3. Both females face the loss of a family member and conflict within their family

4. Both end up cultivating romantic feelings in those around them that they shouldn't