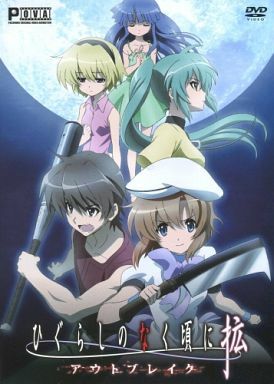 Another take on the 'what if' conceptbut this time it's a virus outbreak. I do like the idea behind it but it felt a little on the short side compared to the other story arcs. It's not as brutal as the first season but it was nice to see the bat and hatchet given some more screentime.

What I Liked: It's Higurashi, I guess?

What I Didn't: Animation wasn't up to snuff - it wasn't quite as bad as the first series, but it wasn't great either. Plot sometimes relies too heavily on exposition when action would've been better suited. Usually movie science doesn't get to me but man, "Class-C Parasitic Brain Virus"? Really? So the Japanese government are trying to weaponise a "parasitic brain disorder" that 99% of the population already have… because… why? Christ, wouldn't dusting your enemies with LSD be quicker?!

Final Verdict: If you want a great Higurashi side-story, this isn't it. What starts off as an intriguing, Stephen King-esque thriller quickly degrades into a hack-and-slash sideshow devoid of sense that seems to do its best to make the audience out to be violence-loving idiots. Or maybe that's just the Class-C Parasitic Brain Virus in me talking. 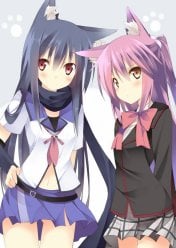 There is not much to say about this OVA.

It's nice to see the main characters again, but don't have too high expectations for this OVA. On a positive note, Kaku is better than Kira.

As a big Higurashi fan I was looking forward to Outbreak. Though after watching the episode, the story about Hinamizawa and the new virus, didn't seem so intense than I thought it would've been.

The only good parts were the fighting parts where Keiichi and Rena kill lots of people, but the rest was just so, not Higurashi-tension-building. Though Outbreak was WAY better than Kira, but in my opinion wasn't even 'as good' as Rei.

The animation has not improved. It's obviously better than the first season and Kai, though the characters seem a little pale in my opinion.

There is no real killer track, since it only uses the main Higurashi soundtrack, and has no opening at all. The ending though, was great.

About the characters, theres nothing to expect. Only thing that bugged me is that Rika didn't even do anything. She was mentioned, they met her, she spoke obvious words, sounding like a scary ghost, that's it.

Overall, Outbreak was not a good hit for me, but the 50-minute long OVA may be accepted by the Higurashi fanbase. This was much better than Kira, though Rei could easily beat Outbreak. The story was too plain, and the characters (except Rena and Keiichi) didn't have much of a role in it.