Highlander: The Search for Vengeance - Reviews 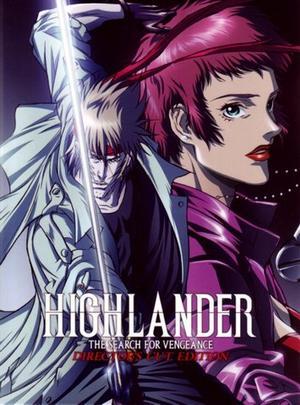 It is a mistake to watch this movie without being aware of the Highlander movies and tv series. It will give you a really bad impression of an otherwise ok franchise. The Highlander is an entirely American concept. It is aiming at epic rock fans, who dig the idea of knights and warriors fighting for some high ideal, while accompanied by dramatic pasts and rock music in the background. It is quite silly if you try to reason it, as it is brimming with Manihaistic concepts (good vs evil) and it’s filled with heavy-dudes who have nothing better to do with eternity, other than fighting each other with medieval swords. And this movie happens to be the flashiest but also driest incarnation of the entire franchise.

In terms of artwork it has vivid but not tiresome colors, multiple details, huge variety on objects and locations. The series does not have a unique artistic concept; it just depicts a grim, dystopian future world in the same way all Hollywood movies do. You know, wastelands, deserts, remnants of today’s skyscrapers, people suffering and hiding and the like. Still, the artwork is planned through with care and there are several flashbacks, where we get to see many violent time periods of human history, which are equally detailed and well-made. There are also cool sword-wielding heavy dudes and busty chicks fill the screen. SWAT underlings, amoral scientists, tanks and mechas, all in exceptional detail and without the slightest body deformity. Add to that wonderful battle choreographies, sword sparks, lighting shows during Requickenings. Still, like in all Hollywood action films they look great but are not realistic in the least since the final blows in all the duels are out-of-place and forced. The animators said “No more” and the battles end right there just because they said so.

Voice acting is rather dry since Westerners lack the voice coloring of the Japs (the movie is on English). There are also lots of cheesy one-liners and talking like 12-year-olds. Certainly not fitting with Immortals who have the wisdom of a millennium and scientists with an I.Q. of 200. Music themes are atmospheric but completely forgettable. Sound effects are crystal clear but too reminiscent of American action b-movies, which I happen to loathe.

The premise of the story is about a small portion of humans, born with the ability to be ageless and immortal. The only way to kill them permanently is to take their heads off. Since every Immortal wants to be the only one left alive in order to be free to do anything he wants with the world (usually to conquer it), all Immortals spend their limitless time training in swordsmanship and dueling with others of their kind. Each one of them has a portfolio, which hardly gets any deeper than becoming the strongest in the world and dominating all humanity until the end of time. So, we basically have a bunch of muscular guys and some busty chicks looping each other’s heads off. Not something to lose your brain cells pondering…

Yet the movie focuses more on the personal drama of the protagonist and not on the whole idea of “There can be only one”. The hero in the story is an Immortal whose woman was killed by a megalomaniac Immortal a 1.000 years ago. He pretty much spends this millennium hunting him in order to get revenge… and that’s it. Well, ok, what did you expect from a action-heavy movie? It doesn’t try to go any further than that, but at least, it does try to flesh-out its characters a bit. It’s still a very linear and predictable plot; until we are introduced to the main characters, their pasts and their goals, there is nothing left to see other than the final battle. Plus you need to need to not be thinking too much or lots of things will feel unexplained and forced. A few examples: How did the bad guy gained control of the city? Where did he get all those soldiers and high-teck equipment? Why does the hero always magically fall unconscious in Holy Ground every time he is about to lose? Why does the hero always win with a simple, vaguely depicted strike? And how many side effects did that last explosion had in the end of the movie? With a simple blow, everything out of control was solved; like in some cheesy fairy tale.

The characters are all heavy-dudes and busty chicks, easily attracting your attention if all you look for is the rule of cool. They don’t have much personality, and pass as generic and forgettable. All you get is the good guy who wants revenge, the bad guy who wants to rule the world, the chick who wants to save her people, and a ghost-mentor who mumbles some cheesy monologue every 10 minutes. That’s all there is to it. And their backdrop is even simplier than that: The good guy is Scotch. The bad guy is Roman. They are 1.000 years old. The chick is a 20-something New Yorker. The ghost mentor is a wise druid. The end. And of course don’t expect any substancial character development. I mean, the hero does think it over and towards the end of the movie does not live for revenge but to protect the new woman he loves (which is effectively the same woman, reincarnated) … Not that this changed anything. He still had to fight the bad guy, no matter how he changed. And he did fight like he usually does so not much of a change at all.

Verdict: If revenge is a dish better served cold, then this movie has no spark of warmth in it. And as a dish, it had quite a typical flavor to it. Brainless action, cool-looking heavy dudes, sexy femmes and awesome graphics and sound. Very enjoyable if you are looking for some dumb fun.