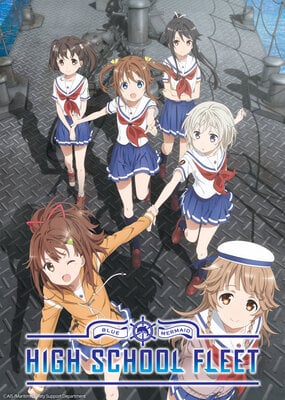 Akeno Misaki and Moeka China share one goal—to join the Blue Mermaids! A group of fierce women, the Blue Mermaids are key to keeping peace among the seas and coastal cities in this age of maritime trade. To be a part of this elite group of sea protectors, they must succeed at Yokosuka's Marine High School. Akeno and Moeka, together with their classmates, will take the plunge to become Mermaids!

Giving Good Girls Giant GunsSo what would they do with them?Well of course they would only do good things. Meaning the laws of physics and probability have to be altered to see that nobody ever gets hurt and the good girls always win and that the bad guys can only be seen to be like rats.High School Fleet is a story unsure whether it wants to be a farcical comedy or something more serious resulting in an inconsistent narrative. The best parts are the comedic where our girls try to treat the ship like a domestic setting and the cringing worst parts are where the bridge crew share their feelings in the midst of a life and death fire fight. Fortunately the enemy is always considerate enough to stop shooting at them at these times.The protagonist Akeno Misaki is another Miho Nishizumi or Nagisa Furukawa clone. The diffident irresolute mousy haired girl. The worst person to captain or command other people. Fortunately she is endlessly propped up by her female fellows as she stumbles forward with the unstoppable power of anime physics behind her to win the day and save everyone. No exceptions. No need for anyone to get hurt in wars. Good message for the young.The rest of the characters are pretty much the usual mixture of arch types. The first officer Mashiro Munetani fits her role most adequately of all the girls keeping it all from sinking and chief engineer Maron Yanagiwara plays at being Scotty from Star Trek.The artwork and effects are of a good standard. The music track fits the setting. The ships are modeled accurately and animated nicely. Sometimes the size scales are off a bit.'High School Fleet' attempts to be 'Girl und Panzers' with ships instead of tanks and a bit more serous. But it does not work and consequently it is not as good. Strangely enough the only foreigners to show up are the Germans again. The only great power of last century the Japanese did not fight, does that say something?While watching I frequently forgot that this was about girls at school because of all that was at stake - just one shell hits their ship and they all die. High School Fleet has one thing up on most other school based anime, the girls have a justifiable reason for wearing the sailor suits. Go watch Girls und Panzers first and if you like it then give this a try.

This anime must be one of the best anime in 2016! Story: Well the story is very good, but pretty deep at that! There just isn't anything to add to that. Just that if you want to know... RATt were harmed during the story making. Animation: The animation is very alike to Girlz und Panzer, if you like that series? Than you are going to LOVE this one. I ABSOLUTLY RECOMMEND IT FOR PEOPLE THAT LIKES THAT SERIES! Sound: Well nothing to add to it, just the sound is AMAZING! that's all ;) Characters: Again very Girlz und Panzer like. OVERALL: I would love a second season, but next to that... This Series was deep, but AMAZING! 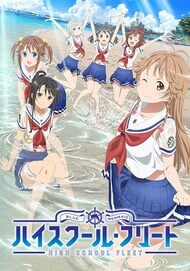 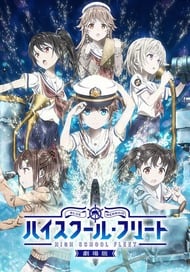 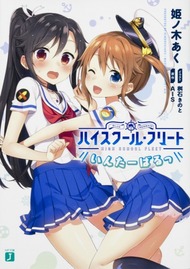 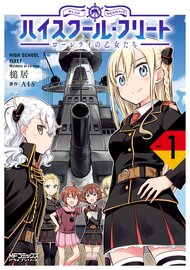 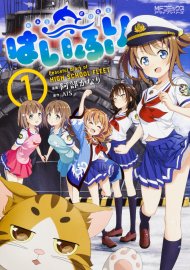