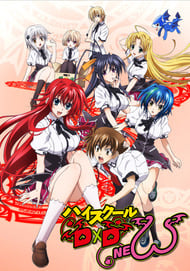 Every male tweenager's wet dream... a mixture of tits, mythology, school life, tits, girls, more tits, panties, tits, crappy protagonist and of course, boobs. The existence of this anime proves that there is a legion of moral hating people (who have yet to leave their rebellious teenager phase) paying money so studious can churn out pieces of work like Highschool DxD New.  Yeah yeah i know the diehard fans will hate me for the score, but hey its true. Get your hands out of your pants for a few minutes and then read this review. Story The premise of the main story was one which was full of potential. Three major factions: The Church, Demons, and Fallen Angels vie for power and dominace over each other. That being said, the smaller story which revolved around our protagonist was utter crap. Typical harem cliches to appease the perverted fantasy requirments of guys everywhere. Not one episode passed where our protagonist's face wasn't being shoved up or against a pair of boobs or panties. Regardless, even with the unorganized and mediocre storyline, the anime does manage to cover quite a lot of content. The pacing is not bad and very little fillers are used. Probably one of the few redeeming qualities of this show.Now when it comes to the actual plot, the show effectively murdered historical mythology. As a big fan of both history, mythology and religion, I could not keep my bias out when watching this anime, however, I am trying to tone it down in this review. This anime twisted religion and the occult to fit into a custom mold, which isn't such a bad thing in itself but one must retain some sort of reseblence to the source material for it to make sense. Apparently the "power of friendship" is able to kick the ass of demons, angels, humans, mutants, Chuck Norris, Buddha and everything in between. Of course, the "power of friendship" is second only to the "Great Power of the Perverted One" a.k.a magical horny powers. Need a boost while fighting a demon? Think about boobs...ONLY boobs and you shall recieve the pwoer of Satan himself.  Animation Well seeing that the show was created for nothing more than eye candy, it does a decent job of it. The animation was sharp and fluid with focus given to character design, emotions and actions. Fight scenes were pretty detailed and fun to watch in their own right. The backgrounds were pretty bland but character detail compensated for it. Sound The background musicwas extremely repititive. They recorded like 3 tunes and replayed them over and over again. One for the seductive scenes, one for the fight scenes and one for everything else. Voice acting was where this section won points. Characters sounded natural and showed great emotion. Really helped their cause because God knows, the actual characters themselves (i.e. their personality, traits etc.) were horrendous. Characters You know what time it is? Its time for extremely-weak-balless-pervert-becoming-main-character time! Issei, our beloved protagonist, tops the balless lead chart right alongside Raki from Claymore and Shinji from Evangelion, and lets not forget the retard from Saikano (forgot his name). Every single quality he posesses defines him as a stalker in the making. From loli love to ripping girls clothes off, he has it all covered. But guess what? Instead of handing him over to the police, or killing him for that matter, most of the girls in the vicinity get the hots for him. They just need his alien potato thing (read: baby) inside of them to feel whole... Issei has NO REDEEMING QUALITIES. He is the type of dumbass who is the weakest of the lot and yet fights against these elite soldiers and wins...all because of the "power of friendship." Over-passionate brat is an understatment. Now lets move on to the girls. Except for Koneko, every single one of them got wet just hearing Issei's damn voice. Defined by a single main quality or two, the girls existed only to console boys fresh into the awkward stage of puberty that they too could get the beautiful girl if they were just perverted enough. Hell, even the other males in the show only existed as foil for Issei's sexual assaults on the girls. They each have a background story, yet it is not expanded upon as much as it should have. The character development is done in a better manner. It was fun to see how each character changed over time (except for Issei. I hope he goes to Hell) or as new events unfolded.  Overall Hey its a good anime to watch if you shut your brain off, pull down your pants and have a box of tissues ready. You might also watch it for its references to history and religion but be prepared to be disappointed. With the way this anime portrays religion, only memebers of the black church of satan or the likes could possibly like the references in any way.

~ The following review may contain spoilers for the anime. Readers discretion is advised~ Story: The story goes on where it left Issei has to fight the White emperor The Vanishing Dragon. With this in out mind we still can't forget that he's is still after some boobs! The main story follows Issei in his undying quest to become a harem king and the plot below makes sure that we get enough twists to enjoy the fuck out of it! The story was well executed with two story arcs following each other very well. And one swim episode. Progress!!! Characters: They haven't really changed since the last season. But more characters joined and we've got more background from: Kiba and Akeno. And introductions of other characters was just amazing. I loved them one after another. One of the mayor things I likes was Azazel and his personality that is just so genius. The new people that shined where sublime and also the original cast has done very well. The Sub-cast was very good. And I would love to know which people Funimation will cast for the Dub. Music The music of this season was epic and good. For the first time if seen an 12 episoded anime with 2 openings, I have never seen this before and it was a nice touch. Same goes for the endings. Both endings where as ecchi as always. Music was okay nothing much changed and that is a bad thing. The openings where just great in visual. Music wise Fraeking AZEASING. But the endings where something else. The songs are jolly and fun. But the visual is great but, seriously from pole-dancing to Twister. Seems-legit, but not to me! Development Now this is where also nothing changed much. There where a lot of character development and "plot" development. The way all the characters developt was good. In this case the best developt Characters where of course Rias, Issei, Akeno, Kiba (finally((no-homo))) and of course the best Xenovia. The development was well done. The anime is ready for some Koneko!!! Animations For animations I have to say: "Dat Action!" Yes, there was jiggle&wiggle, but who gave a fuck about that! It was about the action animations! The fights where so good with all the magic attacks, sword fights and the final battle. TNK went all out with this. There time as animation studio has finally dawned. I forgive them for schooldays <-- thats a lie, no body ever will do that Story: 7 out of 10 Characters: 7 out of 10 Music: 9 out of 10 Development: 7,8 out of 10 Animations: 8 out of 10 Enjoyment 9 out of 10     So DxD New ends with and overall score of: 7.96 out of 10 . You can read the full review over @ www.Kingsnetwork.com

Story: This season 2 is way more crazy and better then the frist season the action and eveything that comes along with this show go X10 in a good way must see  Animation: So I though that the art and Animation was better then the the frist season by a little more ya know HD SUPER CRAZY GOODNEESSSSSSSS Sound: spot on had a great time and there was no low spots in the sound Characters: I again love the cast and mostly Akeno Himejima she is lovely, sexy, and she no's what she wants I do hope the she it the girl to be picked by Issei Hyoudou 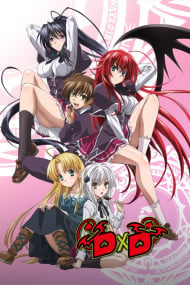 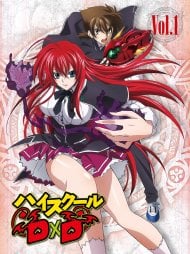 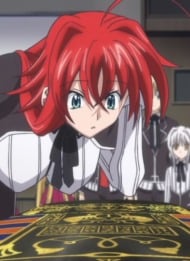 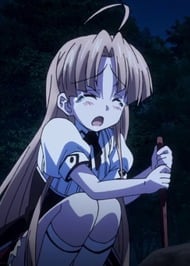 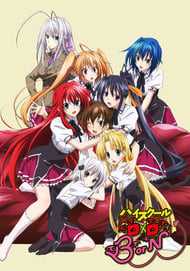 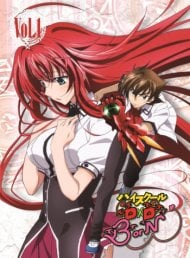 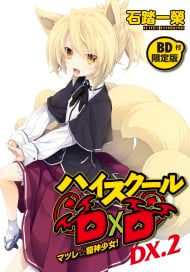 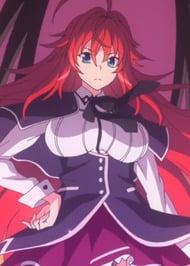 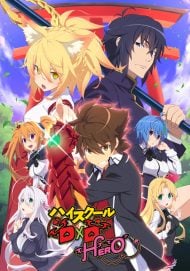 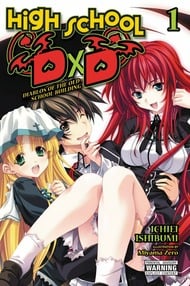 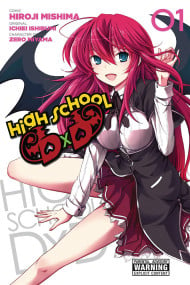 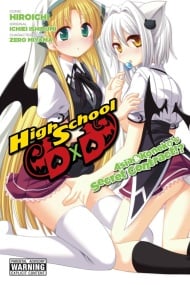 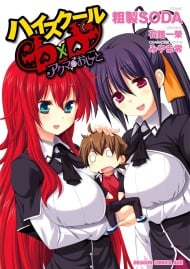 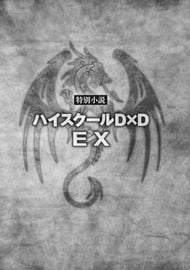 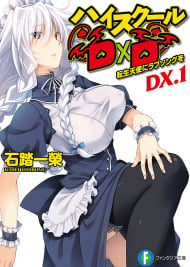 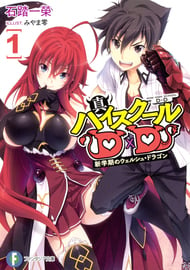