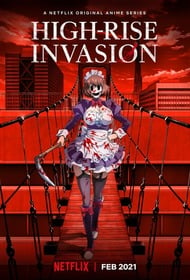 I very rarely write reviews for the shows that I watch. However, High-Rise Invasion was a show that I was very much looking forward to and it did not deliver on any scale whatsoever. It's watchable, but it is a confusing mess that has no idea what it wants to be and doesn't give any depth to its characters. Story (6/10):  The story seems pretty simple on the surface: random people wake up on high rise buildings connected by suspension bridges, surrounded by masked figures who try to drive them to suicide, or will kill them if they don't commit suicide. The goal is survival. Sounds pretty straightforward and interesting right? I expected it to be a high-stakes style horror/thriller anime, but what I was greeted with was a confused thriller with random sci-fi elements thrown in, because why not? My biggest gripe with the story progression of this anime was that they spend the first 3-4 episodes setting up this interesting world, full of violence and mystery, and then by episode 5 or 6, the story elements up to that point literally do not matter. I'll try not to spoil the anime for those genuinely interested in watching it, but they basically throw away the beginning plot and turn it into something entirely different halfway through, and it just does not work. The more they try to explain what's going on, the more needlessly convoluted the story seems to be. I'll also spare you by telling you that this is not a quick 12 episode one-and-done binge. The end of the season has no conclusion, it is on an intentional cliffhanger with the main conflict unresolved with the promise of a second season. What a waste of time. Animation (5/10): This was a little bit tricky to rate. I think the actual art and character designs are great. Every character is visually distinct and has coherent elements to their designs. However, the animation itself is pretty average. A lot of the action happens in scrolling freeze-frames reminiscent of the kind you see in 90's shounen anime. There are fight scenes that are fully animated and they look pretty good, but unfortunately, a lot of the action sequences are not fully animated. The characters sometimes look like they're moving unnaturally as well, but not in the way that would benefit a scary atmosphere. There's also the fact that a lot of the violence is animated off screen as well. There might be a character on screen who is about to be stabbed, but instead of actually seeing the knief stab them, the camera pans away, and you see the blood spray. It just felt very weird and jarring at times. Sound (7/10): One of the only redeeming parts of the anime was the audio. The sound effects were decent, the opening and ending were both solid, and most of the voice acting was decent as well. It's most definitely not top tier by any means, but you can tell that the VA's really tried to bring the characters to life, and the people in charge of the music and sound effects definitely put in some work. Not much to say here. Characters (2/10): Finally. I get to complain about how awful the characters are. We're constantly introduced to new characters who are as one-dimensional as they come. There's a tsundere character? Awesome, get ready for her to experience no character growth or do anything to break that norm. There's a nerdy scientist? Awesome, get ready for him to be absolutely nothing more than that. This was almost every single character in the anime, including our main characters. When you create a show that focuses on characters trapped in a world that is out to kill them, you have to make us give a damn about the people on the screen. The problem is, I didn't. Our main characters are given basically no backstory whatsoever. There really aren't even any flashbacks (except for a couple 3 second ones at most), so we have no idea who anyone is. The basic tropes and personalities they're given are the entire extent of their existence. Our main character's brother, Rika, is the only character in the show who experiences any real character development, and is the only one who we actually see as more than what he is. The protagonist, his sister Yuri, has no real backstory or proper character development. I'm not even kidding when she states near the end of the anime that her purpose is to be her brother's little sister. That's a real thing that our main character says. She's so unmemorable that even though I finished the anime 30 minutes ago, I had to Google her name just now to include it in the review. Terrible. Absolutely terrible in every way.  Final Verdict: 5/10 While the initial plot was interesting and the sound design was solid, High-Rise Invasion suffers tremendously from confusing and nonsensical story progression, subpar animation, and unbearably boring and flat characters. If you're really bored and are just curious, it's definitely not unwatchable, but I would not recommend it if you want a truly good horror/thriller/mystery anime.

Long story short of all the battle royal "high stakes anime" this is by far the worst and I'll try to summarise why. There's so much to say about this anime. It had so much potential, but I think every episode I had a comment on what could have been done better. To begin with, the characters tend to have either a super good composure or they are super emotional and I feel like it's done for comedy, but it's done at the totally wrong moments. It also seems in every fight scene they make it super intense and then at the last moment they ruin it by allowing the winner to get distracted and start a conversation with whoever came to help them (yes no fight is a 1v1) before killing the opponent.  These are just the small issues I have with the character design.  The writing itself isn't great, some of the lines that the character say makes no sense in the situation and often sounds stupid.  The characters think at 80 miles a second with half of it being pointless. Sometimes a character will be able to defend themself from a projectile and then sometimes they won't be able to (no logic to it). So, characters are typically meant to commit suicide when their mask breaks or is taken off without permissions, but this logic is thrown out the window past the first few episodes.  The age of the characters in the world makes no sense I'd understand if it was just 1 child in it, but there are several useless children that serve no purpose to the story, on one occasion they use one of them to cause a handicap but if you really pay attention to it wasn't necessary   I could honestly say so much more but I think you get the gist, a lot of the stuff is wrong with this anime. 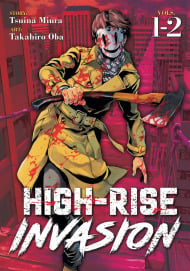 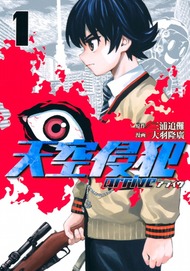