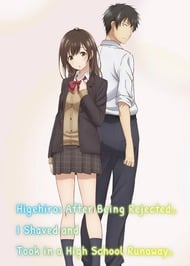 On his way home from drinking his sorrows away after being rejected by his crush, the 26 year old salaryman, Yoshida, finds a high school girl named Sayu sitting on the side of the road. Yoshida is completely drunk out of his mind and ends up letting Sayu stay at his place overnight. Not having the heart to put Sayu out on the streets since she ran away from home, Yoshida allows her to stay at his place... And so began the awkward, irritable, and slightly heartwarming relationship between a runaway high school girl and a salaryman living together.

The Teenage Girl Beneath the Lamplight

Disclaimer: the following is a rant that contains fully my opinion. You are free to dislike it, disagree with me, but whatever you say, it will not change MY OWN opinion on this series. Anyways, let us see into Higehiro: After Being Rejected, I Shaved and Took in a High School Runaway. A young salaryman, Yoshida, being drunk as hell returns home and meets an unfamiliar high school girl, Sayu Ogiwara, who asks him a permission to live with him in exchange for… her body. Yoshida does not agree with that, however, he allows the girl to stay in exchange for cooking and doing some homework. What is Sayu’s story and why does she want to live with an absolutely unfamiliar man? This anime is just wrong on so many levels. I will not hide the fact, however, that I respected Yoshida for lecturing Sayu that she should not just trade her body like it is nothing. And everything was completely fine for some time, when the anime just stopped making any sense whatsoever. I mean, the story of this anime is really good and with some work, you can make an absolute candy out of it. A high school girl offers random men to fuck, so that she can stay in their place. A high school girl, instead of getting education, she wants to become a ‘fuck toy.’ And this is where Yoshida can a) allow her to stay, but he will need to find a way to help the girl, because she has some real problems. (This is not the best thing to do, because the girl has some, like I said, real problems and she needs a help of a real specialist, but okay, and b) call the police and child protection services. A much better thing to do, but a) is still acceptable). And here comes the problem, I mean, a whole number of problems. Like I said already, this anime had an amazing start, a girl with some real problems offers sex for a drunk man. Obviously, in 99.9% of cases this will be ‘a yes’. Yet! The man finds strength to say no and lectures the girl that what she does is morally unacceptable. This was the moment when I started to have limitless respect for the male protagonist. And, of course, with some effort, you can make an amazing story out of it. But this is where the story starts getting less and less morally acceptable. Yoshida says no to sex with Sayu only because he believes that you should only have sex with those you love. So it strongly implies that he would gladly accept her offer to fuck, if he loved her. Yet, at the same time, he says that what Sayu does, trading her body, is wrong. I do not know, but I smell some serious contradiction. And here is the last problem, by allowing the girl to stay, Yoshida is supposed to actually help her with her mental problems, but not to look at her almost naked body, listening to her ‘let us fuck’ remarks all the time. It just makes him some creep that pretends to help a very vulnerable girl, who instead of helping, makes things even worse. And then come other characters, like a woman that is in love with Yoshida. And so, this anime slowly turns into a harem. That woman, by the way, finds out that her object of affection lives with a high school girl that is not even his relative, just some random girl. This is a great opportunity to ask Yoshida, ‘what the actual fuck?’ Which she does not. And that is pretty much it. I honestly have zero idea of why it is tagged as a romance and a drama. It is more of a some borderline hentai than anything else. I mean, even as an ecchi this anime is hilariously bad. And it is bad not because it is morally unacceptable on many levels and I do not really care that age of consent in Japan is 13 years old (even though, many prefectures also have local "corruption of minors" or "obscenity statutes" which raise the de-facto age of consent to 16-18), I dislike this anime, or even hate it because it could have been really good; with some work done it could have had an amazing romance story with some drama going on. But instead of it, After Being Rejected, I Shaved and Took in a High School Runaway is just a story for some mediocre porn action. All in all, it is absolutely up to you if you want to watch it, or not. But I am disappointed, because it somewhat reminds me of Usagi Drop (manga), if you know what I mean. Disappointment! Even an amateur I am would have made a great drama of such an awesome material this anime had. But, for me, it failed on every level possible. Almost forgot, it has good animation and good voice acting, so 2 bonus points. Overall: meh/10.

You're your own worst enemy. After confessing his love to his his coworker Aira Gotou which promptly gets rejected, Office worker Yoshida goes out drinking to cure his depression of a one-sided love. On his way home he comes across a young woman sitting underneath a street lamp wearing a school uniform. When asked what she is doing the young woman who introduces herself as Sayu Ogiwara tries to seduce Yoshida in order to stay the night. Yoshida then immediately rejects her advances but nonetheless still invites her back to his apartment. The next morning during a miso soup breakfast which was requested by Yoshida during a drunken rant Sayu admits that for the last six months she travelled across Japan staying at men's apartments in return for sexual advances.  That's the show. JUST KIDDING. Don't let that terrible plot synopsis on my part deter you from this slice of life romance show where Sayu actually helps Yoshida become a better person inside and out. And at the same time Yoshida makes Sayu come out of her shell to act more her age and not do anything that would be considered "degenerate behavior." Yoshida cares for Sayu's wellbeing throughout the show by buying a futon so she won't sleep on the floor and even a smartphone so the two of them could be in constant contact with each other. Throughout these "gifts" Sayu still believes that Yoshida harbors feelings for her and even still in the middle of the season she asks Yoshida if "he finds her hot." In response Yoshida says "Of course I do." But then he promptly pushes her aside and says that she doesn't need to act like that anymore now that she is staying with him.  The relationship between Sayu and Yoshida isn't the only one that is an important part of the show. Somehow Gotou actually hid her feelings for Yoshida which then came out after she sees his attitude and appearance change. Another love story is the one between Mishima a "lazy" worker in Yoshida's office who also has feelings for him.  I wouldn't want an ending where Sayu becomes best girl, but she is certainly acting like it. The show isn't as cringy as one might thing it's more like a comeback story, rising from the pits of hell and becoming a better person because of it.  That being said the show moves slow and not much attention grabbing, its mostly just dialogue with a realistic and dramatic tone, its not my forte but it could be for some people.

"I can't go home, I'm out of money and my family doesn't want anything to do with me. I've slept with many men just so I could have a roof over my head". Higehiro: After Being Rejected, I Shaved and Took in a High School Runaway is a show that's trying to be dramatic and wants you to take it seriously, but everything about it has the complete opposite effect. Its moral compass is off, even though it tries to make you think it's doing the right thing. The show tries to make you care about Sayu, the main girl in the story, by making her go through sexual abuse and making her deal with the suicide of a friend, but these situations are handled in such a disgusting way that it leaves you confused and annoyed with how poorly it's written. When you see a girl curled up underneath a lamppost who tells you that she's been sleeping around with many men, the first thing you'd do is drag her ass to a doctor. How does this show handle a situation like that? The main character, Yoshida, just asks Sayu to come over to his place... for a while...  The normal step that follows is to contact a female friend (or in this case a female co-worker) because it'd be much easier for a girl to talk to another female... Unless you're Yoshida, you just go to work as if nothing ever happened. In a normal situation, you'd try to figure out what happened to the young girl that is now living under your roof. How did you end up here? Yoshida doesn't ask questions, he just lets Sayu stay at his place without ever really questioning her.  But the silliest part of the show is how it handled the situation where Sayu almost gets raped by her co-worker, a dude she slept with in the past. If your co-worker tried to rape you, you wouldn't just go back to work the next day and work a shift with that same guy. You also wouldn't have a 'civil' discussion with that same dude a minute after you catch him trying to rape a young girl.  If only she had family that cared about her... Oh wait... This show has issues, a lot of issues. It's a show that really tries to take itself seriously but then plenty of people will also praise it for its realistic approach, both of these statements are clearly not the case. 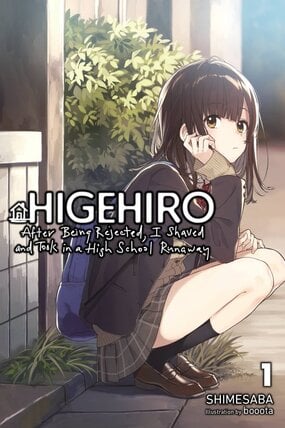 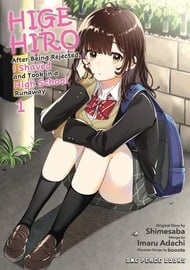 Higehiro: After Being Rejected, I Shaved and Took In a High School Runaway 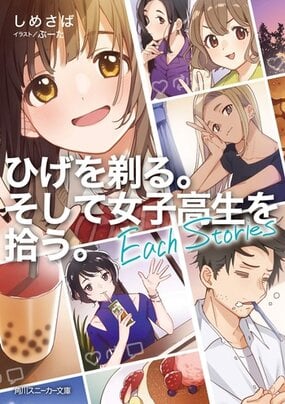 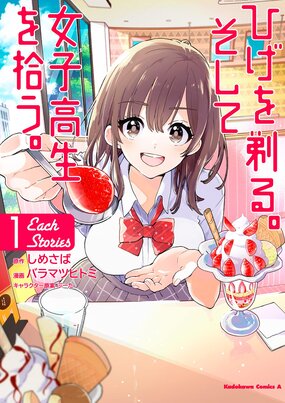 Hige wo Soru. Soshite Joshikosei wo Hirou. Each Stories