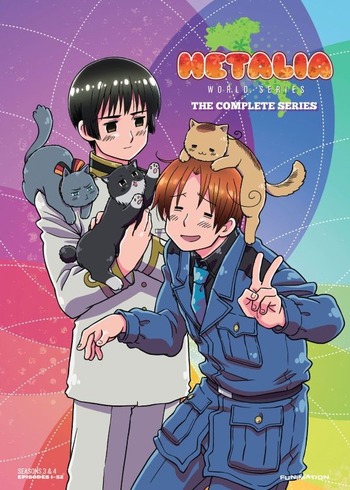 The relationship between servant and master has always been strained, but it’s even worse when the staff has to put up with their employer’s eccentricities. From the fearsome Masamune Date with his fetish for eye patches to the super-moe Motochika who has his employees swooning over him like a fanclub, the lords are having the time of their lives, while their servants certainly have their work cut out for them. With the confused Shingen believing he’s fallen for his rival, Nobunaga agreeing to every bizarre battle tactic suggested to him, and Masamune more interested in accessorising his horse than discussing war, it seems that Feudal Japan is much livelier than the history books make out.

Both shows are parodies of history, have short episodes, and will make you laugh at least once. Check out one if you liked the other.

Both shows are parodies of history, have short episodes, and will make you laugh at least once. Check out one if you liked the other.

Having recovered from a mysterious accident that caused him to suffer amnesia, Hashiba Sora is just starting to get his life back together. On the road to recovery, his steady progress is interrupted when he acquires a new roommate (who supposedly is his childhood friend), Fujimori Sunao. Their relationship becomes even more complicated with the appearance of Ran, an alternate personality inhabiting the same body as Sunao! Faced with the shadows of his past, can Sora regain his lost memories and make sense of what is happening around him? 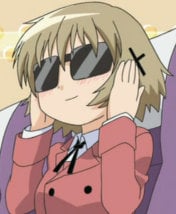 Both are cute, lighthearted series with lots of homo-homo time adventures (implied or otherwise) with lots of girly looking anime dudes being super fucking kawaii.

Hetalia: World Series is just like it's predecessor; wacky fun with countries. And it's like Mudazumo Naki Kaikaku with silliness and absurdity with cheeseball serious moments. Serious meaning comedic for as hard as they try, they can't keep a straight face. Check out the other if you want bursts of charm and comedy in a political/historical shell.

Both have those really random funny moments, sometimes making you question 'what just happened?'. If you love comedies and loads of randomness then this anime is for you!

The year is Future Century 60; much of mankind now lives in colonies surrounding the earth. After being ravaged by countless wars, every four years the dominance over the colonies is decided in a martial arts tournament called the Gundam Fight. This year marks the 13th tournament, and Gundam Fighters representing their colonies have begun to gather. Their purpose is to fight, and fight, until only one remains to claim the title "Gundam of Gundams." But Domon Kasshu, Neo Japan’s representative, has another secret mission; and should he fail, all of mankind may pay the price. Gundam Fight! Ready! Go!

Do you like the worlds countries projected in funny and interesting ways? Look no further than these 2 titles. G Gundam tries to take its self a little seriously and has mecha in it where Hetalia is pure parody and features chibi characters sometimes but both will make you laugh at how countries are represented. Check em out!