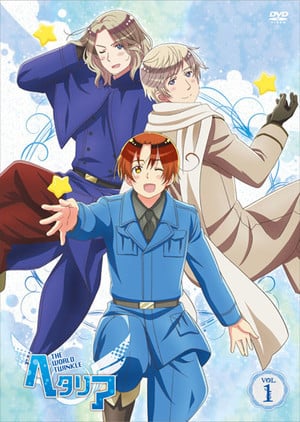 If you're looking for anime similar to Hetalia: The World Twinkle Specials, you might like these titles.

Marii, Kigurumi, Tetora, Gankyou and Kukuru are five young women with completely different interests and personalities, but there's one thing that they all share: performing Rakugo, a unique form of Japanese comic theatre in which a single artist sits in front of an audience and tells an entire story, portraying multiple characters solely through changes of voice and minimal movements. It's a challenging art but all five of our leading ladies are determined to become the best they can… and in the meantime, they find themselves hanging out together, both at the Rakugo theater and around town. And they also have a shared acquaintance, a mysterious stranger who's always wearing a wrestling mask! What's that about?