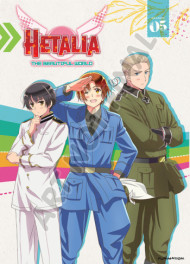 They said it couldn't happen, but they were as wrong as a stack of pancakes in a cage full of bears! The adorable boys of Hetalia are back with some new friends and a super sparkly new look.What's more fun than Germany squatting in a dandelion patch? How about the Axis Boys joining the witchcraft club? Or maybe Russia suffering through a traumatic hamster flashback? Any way you slice the spaghetti, every cute boy enjoys a little quality bath time, and Turkey and Greece can't wait to start splishing and splashing! Belgium throws a mouthwatering waffle party, and America shows off his sweet dance moves! And when Santa Claus goes missing, Canada (who's that?) tries to replace him with a polar bear! A POLAR BEAR!?

Ah, Hetalia. At first, when my sister randomly picked on it on Netflix, i was angry because...well...sometimes, i don't like to start a whole bunch of new anime at once. So i can be a bit angry when watching. But, as soon as i set eyes on the first season; Axis Powers Hetalia, i couldn't take my eyes off of it and we wound up finishing it in a bout a day or so. Ok, i've blabbered enough...time to get on with the review~ Story(10/10) So simple. Yet so funny. Hetalia kept it's original story with the World War setting and what not, skipping around here and there. It's not hard to follow. Not original,  but interesting if you like comedy. Mature Comedy. Animation(10/10) Yes. This is truly a beautiful world! Everyone is just...sexified. Except Australia... I really really love the new art. I can stare at it for hours. It really is a step up from the average art of World Series and Axis Powers. I just...i can go on and on about how it is beautiful...*rants on about how it's beautiful* Sound(10/10) Still the same. Voice actors did an amazing job, as always.  I can't wait for the dub version to come out! And that ending theme...Mawaru Chikyuu Rondo...i don't even...it's.. nigga that's kawaii I must admit. Italy has way better dance moves than i do. Seriously. Although he does look kinda gay while doing it. But oh what the heck Italy is adorable. Characters(10/10) Oh god the characters. Strongest point. Love them. Still. Although, i still don't like Cuba and Lichtenstein, even though they don't appear in this one. Germany- Still the same old pessimistic, perfectionist, German Soldier. But let me tell you one thing: Abs. Germany's body is just...orgasm. He becomes sexier, hunkier and did i already say sexier? But his character has changed. You can see the way he acts around Italy *wolf whistle*. Although i don't do GerIta or anything like that, Germany totally digs Italy and that kind of makes me fucking jealous of Italy. He gets that hunk to himself. Italy- Same old lazy, pasta and siesta loving Italian. He has gotten considerably adorable. Like. I don't even. Italy hasn't changed much from my perspective. But who can hate him? Japan- Actually has life in his eyes now. Remember when Japan had those soulless brown eyes? Not anymore! He's got life and cuteness! He actually has more expressions than Kristen Stewart now! *claps* England- The Magical, sarcastic, horrible cook is here! England got a new hairdo and is looking fine! Especially when he got into that nurse's outfit. Same old same old England, although he isn't choking France that much anymore. Maybe England finally grew to like the French man who is the defintion of sexy? Oh and England still can't cook. America- THE FATASS IS HERE! No, even though i don't like him that much, i don't hate him. He is hilarious, and has gotten better-looking. And....he has abs?! Maybe America isn't as fat as we thought *strokes fake mustache.* Hmm... China- Kinda got girly if you ask me...No offense, i still love you China... France- Defintion of Sexy right hurr. France has gotten considerably sexy. And more screentime to show he isn't a rapist. He actually has feelings, you know? Russia- HahahahaHWOW! Damn Russia! I didn't like you at first but dayum! You are too cute! Seriously! Prussia- Let's all take a moment to bask in Prussia's awesomeness...NOT. No, but at first, Prussia was the most annoying little shit in the series. Always saying he is awesome and what not. And then i found myself saying stuff like, "You are not as awesome as  Prussia! or I'm so awesome i'm almost at the level of Prussia!" And then...*dun dun dun* I found out i'm related to the Last King of Prussia, Wilhelm II, also the German Emperor back then.  Who is also related to Old Man Fritz somehow. So..does that mean...? I don't know why but right then he stuck to me. And..here we are. Writing a kind statement about him. He has gotten better looking in the small screentime he received. And remember that shower scene he had in World Series i think it was? He had a nasty looking body. But now...hwow. Now he has some muscles and good lookin ones too! You have earned my liking, Prussia! Overall- I greatly enjoyed this. As usual with Hetalia. I was so sad it ended, but the way it ended  fucking German abs can hold me off until, maybe, just maybe, they will make another series. Or maybe a movie? ;)

I absolutely love Hetalia! It really helped me deal with my depression, it was the only thing i was looking forwart to every day. I just love it so much! :)

Hetalia isn't for everyone, but I absolutely love this show. It's really unique with it's large cast of characters and comedy. Each episodes only five minutes long, so there isn't much plot in some episodes, but it's a great anime. Watch it with an open mind, because there are a lot of stereotypes about countries. 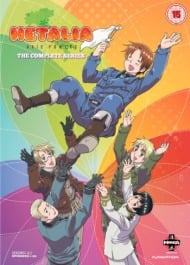 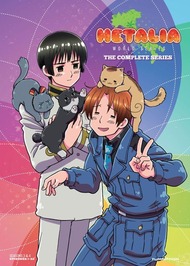 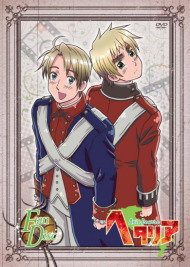 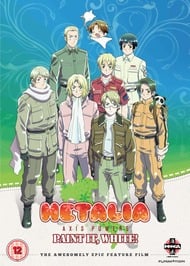 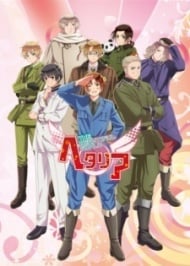 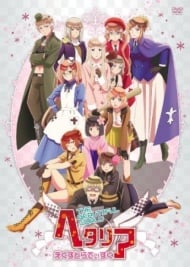 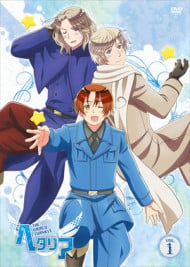 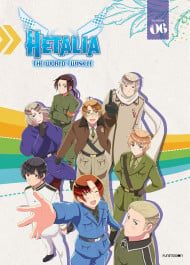 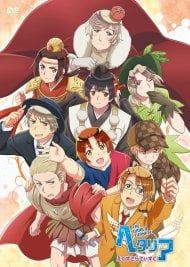 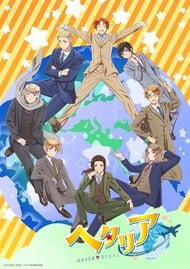 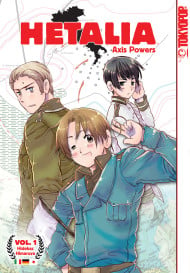 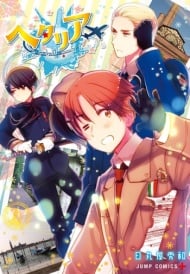