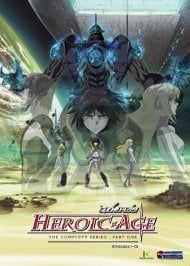 Far, far away in a distant time, there is a tribe of people called the Golden Tribe who have the ability to create stars and foretell the future. They gave out a warning to those who have yet to mature: 'Move.'. Three tribes answered their call: the Silver Tribe, the Bronze Tribe, and the Heroic Tribe. Soon after, the Golden Tribe encountered a crashed ship in which only a baby human known as Age survived; they named the child's race the Iron Tribe and assigned one of the few living members of the Heroic Tribe to protect him and his race. Now, in a distant part of the galaxy, humanity is threatened with extinction at the hands of the other tribes. With only a prophecy to go on, they set out to the deepest depths of space to find their savior named Age -- humanity's last hope.

The story was well thought out, it was one of those animes which had everything planned from the beginning and almost or even every episode was story related. It could have had a bit more romance but there was some there. It had a great ending in my opinon, everything was cleared up and it didn't just end like other animes it ended with a new adventure. The animation was pretty good although I'm not really the one to comment on animations since I watch basically any animation.  The action was nice, the main character was like super strong only 4 others stood a chance against him yet his fights with those 4 others were great, they last up to hundereds of hours  at most (in the anime of course).  The characters were good, the main character isn't one of those guys who has strength but always questions himself and has self doubt instead he just gives it his all. The Princess is a nice character you don't get to many animes where the main character falls for a girl like her most go for the tsundere girl most the time. The side characters were all good, and the I really liked how the pilot captain came to like the main character early on instead of trying to compete with him the whole time (those characters really annoy me, the ones who interfer with the main characters romance). Overall it was a great anime, it's probaly going to be a rewatch for me in the future, I really liked it the music wasn't bad either, I liked the song on the last episode. Give it a try.

This series is closer to seinen than shounen. I need to clarify this point because some people criticize the series for being a bad shounen. Many shounens tell the story of the hero's journey, from their home village like a fantasy epic arc Wheel of Time or Naruto. Heroic Age is right after the hero is at max power and comes back to the village to settle one last problem. Heroic Age is the story of what happens to the hero, to the human race, at the end of time and at the end of the hero's journey. It is not about a person growing up and maturing, the hero is already a mature warrior. The maturation process is actually seen in the other characters, the military leaders or fleet commanders. Another point of reference that's important, is that this series heavily revolves around the romance plot arc, and by romance I mean an actual 1 on 1 relationship, not a love triangle, not a drama about harems or teases in high school uniforms. The reason why I like this series enough to rewatch it several times, is because it shows a view most people will never see. The view of the strongest person in the universe. You'll have to watch the series to figure out what that means. A person that is immature or weak or insecure, that is always staring up at human society from the very bottom of the social resource ladder, cannot understand what it is to look down on humanity at the top of the tallest mountain in the world. It is a view, an accomplishment, that only the worthy deserve. There's also a bunch of psionic, telekinetic, psychic powers, that are combined with technology, except they never explain how it works. You just sort of figure it out as you go along, which makes it very easy to distinguish this universe from others with laser beams. It requires a significant use of brain power to guess or figure out why certain Tribes are more powerful than other ones, and why certain technologies are more efficient than other versions. Heroic Age demands a certain level of effort and ability to understand. The ending gets somewhat convoluted too, but not to the point where it spoils the early efforts. Also, if you ever had to deal with incompetent superiors that have totally trashed operations as a result of their refusal to listen to sound tactical and logistical advice, this series has a few episodes where it should trigger that flash back. One of those problems with going higher up in human society is that you tend to start meeting people who have been promoted beyond their competency level. Overall, the ending, aesthetics, music, and character development never got old when I watched this series. For people that like space opera on the level of the Legend of the Galactic Heroes, Heroic Age feels very similar. Also people who have played RTS or games like Homeworld or strategic simulators, will be in a better position to understand why certain leaders make decisions the way they do in this series. Unlike Shounen series which explain things over and over before and after they happen, they kind of expect you to know this already in this show. 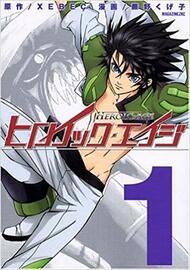