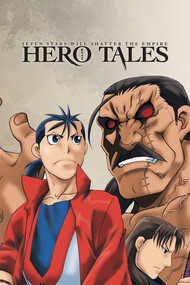 This anime was so much better than it was given credit for.  Hopefully I can explain why to you in this review.   Story:  The story was great!  It was solid the entire time.  It was exactly what I tried to be and nothing more nothing less.  Truly enjoyable.  Now some people might not like how basically all of this was "written in the stars" right from the beggining.  Dont get me wrong though, if they told you exactly how it turned out from the beggining then I would not have given this a 10.  They showed you the direction though, and then they stuck to it.  So the story was very on track the entire time.  Also, the anime did a fantastic job of building building and building up until the end.  There was good character development, and there were great contrasts (good times, bad times, desperate times, ect).  To round it all off the last few episodes were awesomely intense and the ending was great.  Overall a 10 from me. Animation:  The animation was pretty good. not outstanding, but not bad at all.  I realize that nowadays animation of this level is pretty common, but still I give it an 8 for not being below average. Sound:  Ill make this quick, but I really liked the soundtrack,  it was so. . . . . old china.  I loved it.  The triumphant music was triumphant, the evil music was evil, the humor music was humorous.  It was good and everything fit. Characters:  The characters were themselves, in other words they kept to character very well. However there were moments and episodes where there was tons of character development. The character development was really well planned, it wasnt just random crap.  Often times there was a trigger or a good reason for the way that they were feeling and you could sympathize.  the characters could also be really funny, and the couple of filler episodes that they had really added enjoyment to the whole experience. Overall:  Way better then I expected based off of the Anime Planet user ratings for this anime.  I loved it.  It was a really well rounded story.  Best of all IT WAS COMPLETE, none of this getting most of the way and veering off course entirely.  IT WAS NOT EPISODIC, I hate animes that are like that, it often ruins the story behind the anime.  Overall 9, really pretty good.  I would not say that It was that perfect anime that hit all the right spots, but it was damn good. I hope this review will get you to check out Hero Tales, and I hope you enjoy it as much as I did.

Hero Tales is a shounen series with a nice premise but a very faulty presentation. And here is what I mean.1) The characters all look like clones from Full Metal Alchemist (well, same people drew them I guess). As flattering as that sounds, it raises the bar a lot when it comes to comparing the two shows and this anime falls short by miles. The characters lack substance and are totally mediocre to the point you have no reason to cherish them. Taitou is the stereotypical edgy teenager with a hidden superpower that always looks for a fight and always miraculously does a comeback. Just the essentials of his archetype. Laila is the token girl who is fascinated by the main hero, cheery, silly, and ever present. She literally kills the mood to something more serious entirely. Keirou is the typical megalomaniac villain who wants to take over the world. The same with everybody else; they are all simplistic and boring.2) The storyboard is messy as hell. The pilot episode alone is throwing you violently in a setting without any immersion. Without even getting the basics, there is a war and a battle and magic weapons and some destined heroes who need to go defeat some warlord, and some silly teen humour, and a body controlling villain, and all that in just 18 minutes. What the hell, I could barely keep up with the flow. It slows down later on but this was one hell of a bad introduction.3) I am normally in favour of fast paced series, but not when they are providing you with info about whatever happens in the form of expotalk. In order for all the stuff that happen in the first episode, they literally start describing anything that happens in a forced, fake, and always in a dried up way that lacks finesse. If a guy holding a sword walks towards someone else, I don’t need to hear the onlookers saying “Look, that guy with the sword walks towards him.” I can see that dammit, you don’t have to say it, just let the image speak for itself. Neither do I want them to listen to them talking to themselves when there is nobody else around, just so I know why they are doing whatever they are doing. Keep it as an internal monologue or just show it with their actions. 4) Furthermore the whole plot is not even complicating to need dialogues in order for you to know what is going on. The introduction was chaotic but then you see that it is very basic, straightforward and linear. Some guys need to gather and go beat some bad guy; that is basically the whole plot. Thus listening to the most obvious and simple thing being explained forcefully is plain stupid and tasteless. And the names, ARGHHH the names, they keep mentioning them every 30 seconds like a broken record which again makes the whole thing look stupid. 5) There may have been a few chances to make a good series despite all the above shortcomings. Unfortunately, they kept making blunders about it by mentioning that the heroes are chosen by FATE to go save the world. That’s right, they didn’t choose to save it by themselves, it was destiny demanding it from them, even branding them with funky glowing kanji to eradicate any chance of doubting it. Practically you have a show driving the characters and not the other way around. Which is bad.6) Despite the outcome of the show being obvious from the first second, I could still enjoy it somehow if I simply didn’t know who the other heroes were or what kind of powers they have. It would retain some mystery this way. But no, the show is so stupid, it spoiled all that in the very introduction video. You literally see all the main characters dozens of episodes before they are even introduced, and what skills and weapons they have. So you practically know without even watching the show who they are and even that they will manage to come together without any casualties.7) The final nail to the coffin is the production values, which are of rather low quality for the time they came out. Around the same time we had The 12 Kingdoms and Serei no Moribito in a similar setting and the difference is stretching all the way to the horizon. There isn’t much attention in colours and designs as you see many scenes with shadows missing, or characters walking or standing on a surface unnaturally. Lots of cheap visual effects that are really not helping in making the battles more thrilling. Jerky or stiff animation, despite the high amounts of action scenes in the series. Unimpressive soundtrack that fails to help you get into the mood of the series. Nothing is horrible to the degree where it looks like an ecchi school comedy, but it definitely is not high octane stuff. Overall, it is a very mediocre and forgettable series with not a single aspect it excels in. I do not recommend it; not even as a light time waster.And now for some excused scorings. ART SECTION: 5/10 General Artwork 1/2 (generic) Character Figures 1/2 (generic) Backgrounds 1/2 (basic but fitting with the feeling of the series) Animation 1/2 (basic) Visual Effects 1/2 (basic) SOUND SECTION: 5/10 Voice Acting 1/3 (corny) Music Themes 2/4 (mediocre) Sound Effects 2/3 (ok I guess) STORY SECTION: 2/10 Premise 1/2 (typical) Pacing 0/2 (messy) Complexity 0/2 (none) Plausibility 0/2 (none) Conclusion 1/2 (cheesy) CHARACTER SECTION: 4/10 Presence 1/2 (generic) Personality 1/2 (cheesy) Backdrop 1/2 (generic and simplistic but it’s there) Development 0/2 (forced) Catharsis 1/2 (overblown but it’s there) VALUE SECTION: 1/10 Historical Value 0/3 (none) Rewatchability 0/3 (no reason to rewatch it) Memorability 1/4 (as generic as it gets) ENJOYMENT SECTION: 1/10 Art 0/1 (looks lazy) Sound 0/2 (sounds stupid) Story 1/3 (as generic as it gets) Characters 0/4 (stereotypes) VERDICT: 3/10 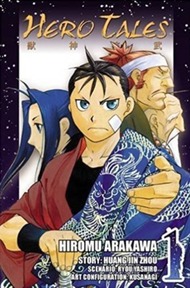