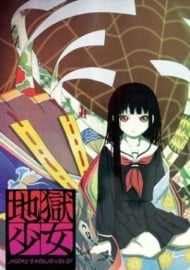 StoryJigoku Shoujo is the latest in a long and celebrated tradition of "horror/suspense" titles that don't really have either horror or suspense. The anime tend to go for sheer style over things like character development or logic and generally end with gruesome deaths tinged in irony. In the case of some of the shorter works, the formula tends to work: Vampire Princess Miyu, Pet Shop of Horrors, and even the more recent and slightly longer Requiem from the Darkness are all fairly worthwhile titles despite having basically zero character development or coherent storyline. Unfortunately, this is where Jigoku Shoujo falls short: length. With so many episodes to fill, the show quickly dead-ends into the same exact formula. Just as a magic trick gets less impressive the more times you see it, Jigoku Shoujo's excellent premise is bound to lose appeal by the 17th iteration of the same basic episode. People might think I'm exaggerating, but not only is the plot basically identical for each episode, there are in fact entire stretches of dialogue that only change by one or two words. Feeble efforts are occasionally made to mix the show up a little, but adding different-colored sprinkles to the same goddamn cup cake does not make a new experience. This wouldn't be so frustrating if the first episode hadn't been so entertaining. The show's actual premise is delightfully creepy, a true example of a modern Japanese ghost story. If the creators had actually continued to come up with original ideas, the storyline could have really shaped up into something special. As is, we're left with a disappointing narrative some people might like but almost no one will love.AnimationThe show has a good stylistic feel to the entire thing, but falls short in a lot of areas when you compare it to other contemporary works. The designs of the one-episode characters all begin to blend together after a few episodes, and movement is generally choppy and minimal. There's a bunch of reused (albeit admittedly cool) animation from episode to episode, and the entire visual experience is tainted by an action scene at the end that looks like absolute ass.SoundOMG GOGOGOGOGO Noto Mamiko!!!!!!!1111!!!1 ...at least, that's what I'd usually be saying, as I love her work in just about every anime I've heard her in. In this case, however, all the director has her do with her character (Enma Ai) is speak the same handful of lines over and over again in a sleep-inducing monotone. The experience is somewhat comparable to hearing a master musician play one note continuously over the course of two hours - a freaking waste of talent. The rest of the voice acting is unmemorable either way, and the music does an ok job at setting the mood, but does suffer a little from overuse. I didn't particularly enjoy the OP, either.CharactersIn every episode, the anime focuses on a new set of characters, which translates to minimal development or depth. These characters generally fall into one of two archetypes: victim and villain. From there, it's a slow agonizing process of watching them sink into the dull abyss of inevitability. This works for a while, but after a few episodes the total lack of characterization makes caring for them extremely difficult. There is a small set of recurring characters, but most of these are even less developed than the ones that go away at the end of every episode. Enma Ai, the title character, remains an emotionless enigma until the final few episodes, at which point her back-story feels decidedly underwhelming. The sole beacons of light in an otherwise tedious cast are the "mortal" recurring characters, Shibata and his daughter. Their past actually ends up being somewhat touching, and is definitely the high point of Jigoku Shoujo's development. Unfortunately, this isn't enough to save the show.OverallThe old cliché is that variety is the spice of life, and it certainly applies here, where literally every portion of the anime is reused somehow. Even though the show starts strongly, this becomes irrelevant when the writers refuse to expand on their initial ideas. Imagine your favorite episode of your favorite TV series. Would the series have been half as good if every episode was merely a slight variation of your favorite one?

Story: The stroy is basically about human emotions, about revenge, sadness, anger, pity, hurt. For the first half, the episodes are fairly episodic, then the Shibata's make the scene. From then on, it's reason versus emotion, and emotion always wins out in the end. The anime shows that nothing is as black and white as it seems, but that human emotions cloud our judgment. It's a poignant message that often gets lost in the dynamics of the show. Animation: The animation is quite spectacular. Between the sweeping scenery and the interesting cast, the animators had their work cut our for them. While some parts are used repeatedly, such as the flowers blooming from Ai's kimono, the beautiful art work speaks for itself. Sound: The sound brings a melancholic tone to the anime. Considering the themes, that isn't surprising. Sakasama no Chō, the opening song, seems to be custom made for Ai Enma, while the ending song reflects a bit of sadness on the anime. The interludes, such as the dramatic music played during a vengeful death, set a tone well suited for such an anime. Characters: Much of the cast is made of the contracts with Ai. You have the contractor, often a young person, and the subject of the contract, their tormentor. These change every episode and display various human emotional states. Ai Enma is given a dynamic and interesting persona, as are the Shiabatas, whie Ai's helpers are rather flat when it comes to character formatting. Overall: This anime is similar to others I have seen regarding people getting their "just deserts", but it goes beyond that to show that often, revenge is unfounded and petty. The artwork is engaging, even when some of the characters are not, and the music brings the anime to life. 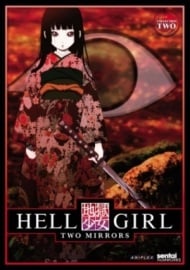 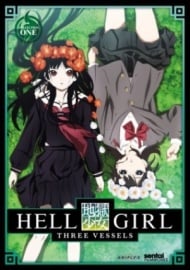 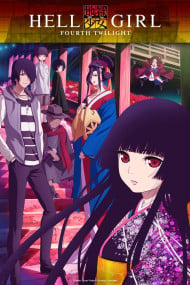 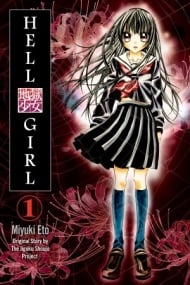 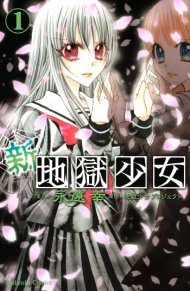 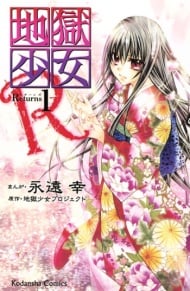