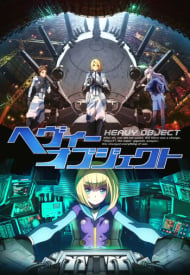 In the future, warfare has been revolutionized by the invention of mechanical weapons called “Objects.” These Objects are overwhelmingly powerful, rendering traditional weapons like guns, tanks and fighter jets completely useless. Qwenthur is an un-athletic, but smart soldier who aims to work as an Object mechanic. Stationed at an Alaskan Object base, he meets Milinda, a stoic but beautiful Elite Soldier who pilots her own Object. As they learn to support each other in battle, Qwenthur begins to uncover the grim secret behind the Heavy Objects.

Positive *Let’s start with a word about the animation. Now the animation is something that I will discuss in both the positive and negative section of this review. The positive side can be found in the animation of the landscapes and the Objects themselves. I must say that that was decently done, especially for an animation studio that, for as far as I know, has little experience with mech anime’s. JC Staff usually does rom-com anime’s or at least something that can be classified as slice of life. But here the animation of the Objects was definitely not of a level that made me cringe in contrast to some other things which I will get back to later on. For a video review, check out my Youtube channel. Link on my profile page. *Then after the animation I usually switch over to the music. The opening and ending songs of HO were definitely to my liking. The two opening songs One More Chance and Never Give Up always hyped me up for the episode that was to come. These two songs emphasized the action part of this anime which lay in the war theme. This was in contrast with the two ending songs Dear Brave and Kawaranai Tsuyosa which focused more on the softer side of this anime. *And with that softer side I can get to my next point which was the romance. As I just said the two ending songs concentrated on the romance in this anime being the relationship between Qwentur and Milinda, a relationship that I definitely ship. The softness of their romance was a welcome diversion from all the war violence and complicated politics that we got in HO.  Not that it was the main point of this anime but it being in the background made that this anime could exploit another facet of anime and a facet that JC Staff’s very good at. I was then also pleased with the conclusion of this romance in the final episode because anime’s like this dare to leave us with a kind of an open ending when it comes to romance. But HO gave me a satisfying ending to the relationship between Qwentur and Milinda. *This romance was also the source of many of Qwentur’s actions and of his determination. And that made me like him as a character, he was a pusher. Every time he and Havia were faced with a problem his determination and coupled with that his love for Milinda made Qwentur push further to find a solution. Especially in the final episodes where we get to the romantic climax of HO you could see that Qwentur would go through rocks in order to save Milinda. *Now by everything that I told her it almost seams that HO is a pinky, flowery anime but don’t be misguided. This is still an anime that centers around war and HO did not idolize the war concept. No, it took it very seriously and people actually die in this anime. Not something that you would expect when you first watch it but HO has it all: death, lies, betrayal. HO did not take the war concept and put a big, pink ribbon around it. It kept it very realistically and that contrast between violent war, sweet romantic moments and silly comedy made it a very balanced anime. Negative *Now my first positive point was the animation of the landscapes and Objects. Unfortunately there were also some other things that animated way less sharp. Where this striked me the most was in the animation of the water. Oh, that water was so poorly animated that it was hard to look at. Especially in the second arc which takes place completely on water, it was just such a pain to watch. Maybe this is where we can see that HO probably wasn’t a high budget anime because that water animation was plain atrocious. *Next negative point is that this anime sometimes was very difficult to follow. Not when it came to the fights between the different Objects, those were usually pretty straightforward. But when it came to the politics that lied beneath the battles, that was really difficult to follow. Until today I still don’t fully understand who is affiliated with who in this anime. I know that there are 4 factions but which Objects belongs to which faction and on what the diplomatic relationships between the factions are I’m left completely clueless. The politics in this anime could definitely have been explained better. *And my last negative point is the comedy, in particular the comedy in the first part of the anime. Such lame, fan service based comedy is really not my favorite kind of comedy. In an anime that resolves around warfare you really don’t have to put fan service comedy into it to improve it, it just doesn’t work and it was a real bother to me in the first part of HO. However I must say that the comedy improved the further we went into the anime. There were still some moments that made me ask “Why?” but overall the level of lame comedy definitely dropped in the latter part of HO which I can only appreciate. Conclusion So as a conclusion HO was one of those anime’s that started out very mediocre with a mildly interesting storyline and lame comedy but improved along the way. It developed into an anime that did the mech genre right and that didn’t idolize the concept of war. And that’s why I’m going to rate Heavy Object at 3,5 stars. It’s not the greatest anime I’ve seen over the past 6 months but it was something fun to follow so if you’re a fan of the mech genre you can really give HO a try.

A well defined anime about mechs and war that doesn't take itself too seriously. Well executed, apart from few pacing hiccups. Despite the tendency for each fight to be more over the top than the last one, the show didn't lose its force and managed to produce tension with each episode. It's kinda like McGyver of anime. With some blatant fanservice, but I didn't mind. The main chatacters were pretty well fleshed outs -- you can genuinely feel the friendship between the two main broes of the show. Of course, the canonical density of the MC had to be in place for the fanservice and plot reasons, but the romance is not pivotal to the story. The mechs are. And those a different type of mechs. I think them splendid. Overall, a very enjoyable anime. Would recommend if you're looking for something fun, but not too serious. 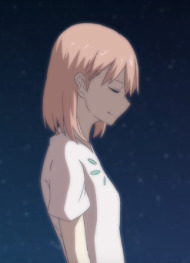 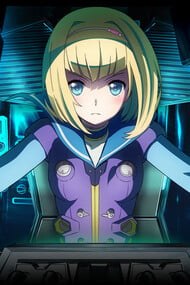 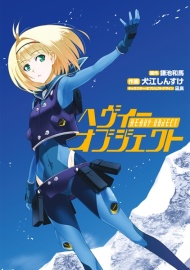 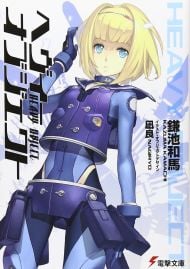 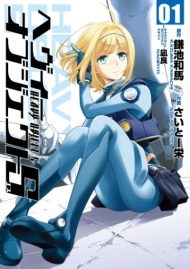 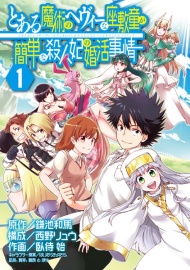 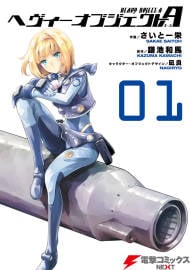