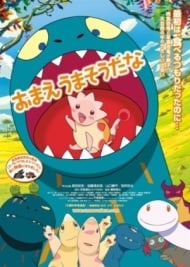 Story You are Umasou follows the practice of creating family films that, while ostensibly for children, make their protagonist go through so much you may start to wonder about the intended demographic. You know the type- they're filled with cutesy animal protagonists and you go into them expecting a fun mindless romp, but by the end you're bawling your eyes out because they're so depressing (The Lion King and Chirin no Suzu also come to mind). The film is about a Tyrannosaurus Rex that adopts a baby Ankylosaur, a premise that seems destined to flounder amidst layer after layer of cheesy melodrama. However, the film is so earnest in its presentation and so deft in its side-stepping of clichés and cheap emotional shots that it's impossible to not be won over. Despite seemingly-insurmountable obstacles, like evolution itself, Heart (the T-Rex) is whole-heartedly intent on caring for his new charge, Umasou. But with two such different characters, not much comes easy for them, and even eating is a challenge- Heart doesn't know what Umasou likes to eat, and must go to great pains to ensure that the tyke doesn't see him hunting for his own meals. Additionally, the inhospitable plains of Heart's homeland are filled with roving bands of vicious carnivores that think the big softie is an embarrassment, so the behemoth does what any loving adopted father would do- he teaches his son martial arts and how to roar like a badass. You are Umasou starts off with a look at Heart's childhood, which adds a degree of believability to Heart's later actions, and makes the premise far more palatable. Other scenes, such as when the pair journeys to the ocean, don't contribute as much to the narrative and feel tacked-on, but overall, the plot is tight and remarkably well-executed. Animation A more realistic art style may have better fit the mood, but would have robbed the narrative of much of its impact, as it is the juxtaposition between the cutesy animation and the serious, and at times devastating, story that makes this film wonderful. Dinosaurs getting impaled by horns, stomped to death, or abandoned to die in barren fields are delivered with the same chipper visuals as frolicking baby maiasaura and a father teaching his son to roar. The setting also makes a strong impact. From the sweeping steppe to the tropical jungles and primordial seas teeming with primitive insects, flora, and proto-mammals foreign to modern audiences, ancient Earth feels stunningly vivid and alive. Hate the laws of physics? Well good for you, because this movie features T-rexes doing ridiculous stunts like push-ups and high jump kicks. Laughably unrealistic? Well of course, but who cares? The entire premise of the movie is far from realistic, and taking artistic licenses with the dinosaurs' biology allows for some awesome and dynamic fight choreography. Sound The soundtrack is apt but a bit sparse. The jazzy number that plays during the training montage captures the lighthearted relationship between the main characters, and the recurring 'Big Jaws' song that mother herbivores sing to warn their broods of the dangers of the fearsome T-Rex is at once haunting and adorable. Also notable are the sound effects. The soundscape is furnished with a multitude of different dinosaur roars, insect chirps, and weighty steps. Umasou's sounds effects (his walking ones in particular) are especially laudable because they manage to make the impossibly cute reptile even more irresistible. Characters The film boasts a huge amount of character development for such a short work. Most of this development focuses on our carnivorous protagonist. Heart's untraditional upbringing instilled in him a gentle soul, but also an intense desire to overcompensate for what he believes to be his shortcomings. Most of the movie's drama is rooted in this deep internal conflict between his will to conform to society's expectations and the paternal feelings he has for a creature that he should be salivating over. The other main, Umasou, is the cutest character I've ever seen in an anime, bar none. The adorable tyke hatches from its egg already perfectly capable of speech and, oblivious to the danger posed by the enormous T-Rex looming overhead, precociously demands lunch. It's not just uselessly cute, though, as Umasou is rounded out nicely by a steadfast acceptance of his untraditional family and their inevitable differences. The other young characters are similarly free from the prejudices that have been pounded into the adults. They realize that it doesn't matter whether a person (er… dinosaur) is an herbivore or a carnivore, and it doesn't matter if your family is of the same bloodline or even the same species. Your genes don’t dictate your fate, and you can still love and care for somebody who is vastly different from yourself. OverallSimultaneously heartwarming and heart wrenching, You Are Umasou is a perfect family movie- able to be enjoyed by all ages. Despite the bizarre liberties taken with dinosaur anatomy (and occasionally common sense), lovers of all things cute and whimsical will delight in this beautiful fable about acceptance and families that never stoops to shoving its message down its audience's throats. 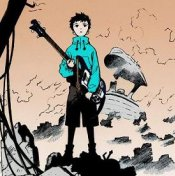 Alright, first review for an anime movie with no reviews! Sounds like a match made in anime heaven for me. Right, so this series is one of the more unique ideas I've come across in any entertainment media. Until now DBZ was the only anime to have dinosaurs that I have seen, and they weren't exactly a major part of the series. Add intense dreams, even more intense fight sceens and a story of morals and you have You Are Umasou. I gave story a 9 and not a 10 for one reason: the actual story is rather over the top and doesn't give much room for surprise in and of itself (though there are plenty of ways you will be surprised). Other than that, the story is as unique as a kung-fu dinosaur anime can deliver and includes plenty of plot twists, even if these are predictable. Animation gets a 10 out of 10 easy. It's different, it's easy to look at and most important for me, it avoids the static talking often present in anime. Everything moves and fight sceens are top notch, making you want to start Rocky/dino training. Sound is fine, it could have been infuriating (as in odd dinosaur noises made by human actors... that would have been annoying) but sounded very natural. I'm not sure if this movie has a dub, probably not, but the sub was great. Again, nothing to complain about really, but not exactly stand out. Atmospheric, but not memorable.  Characters are both dynamic and static. Some change after interacting with Heart while others, like his mother, remain the same in order to fill necessary roles. I don't want to say too much in case someone reads this to decide whether or not to watch the movie, but bad guys in Umasou are really good bad guys, and those are the only kind of baddies that make for a good fight. Overall, it is excellent, certainly one of my favorite anime movies.

Oh man. Really didn't know what to expect going into this. I had no idea I was walking into a dinosaur anime movie. What a great surpise. This story is really touching to all ages, it has a tone about it that is easy to relate to. If you have two hours and some friends (or not, that's cool too) you shouldn't be reading this review, you should be watching that movie. This movie is super delightful! Give it a chance sometime, you may be pleasantly surpised. 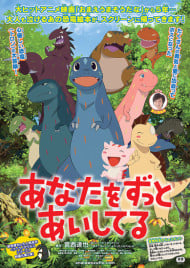 The Adventures of Tyrano Boy