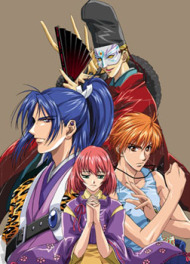 StoryHELLO, FUSHIGI YUUGI RIPOFF! Seriously, if you've seen FY, you'd recognize the similarity just based on the description above. Think of FY without the sappy romance, without whiny Miaka, and in 2 episodes, and you've got Harukanaru. Even though I hated FY, I still think it was better than this. Let's start with the fact that there are gaping plot holes a mile wide, and a story which jumps all over the place. It begins with Asuza and her two friends falling into the well, and then the opening music/scene plays. After, without any explanation, Azusa is wandering around with her companions (who only had an extremely brief introduction), not seeming to care at all that she is in this random place away from home, and many demon-related things happen. Have you ever seen Third Rock from the Sun? You know how sometimes Dr. Solomon will be up at the blackboard, talking a million miles an hour about physics, and the whole class has this completely blank, empty stare on their faces? That was me for this entire OVA. Not because it's complicated, but because the story is so ridiculously shallow and sewn together with ripping thread that it makes trying to remotely understand it laughable. I seriously could have had the sound muted, with some sort of butt rock playing in the background, and I would have had more inspiration from Axel Rose wailing than the plot of Harukanaru Toki no Naka de. No, I am not exagerating. It's fantasy based, that's for sure.. and we are introduced to a plethora of characters (all looking and acting like FY characters, specifically), but not a whole lot is ever explained, and again, for only 2 episodes, this did a HORRIBLE job in presenting it. AnimationYes, after the scathing score for the story, I manage to give a very high score for visuals. Unfortunately for you, the reader, if you expect more high scores, you won't get any after here. ^_^. This OVA is definitely eye candy, that's for sure. Think of Gestalt or any other newer fantasy work, and you can get an idea of what the visuals are like. Absolutely beautiful character designs, looking like they came out of an RPG (and indeed, this is based on a game). Colors were mostly the kind that I see in these types of OVAs... purple, orange, green, blue, and yellow. All dark or vibrant, nothing really clashy. CG was thrown into the mix sometimes, done VERY WELL. Certain things looked very real, animated or CG, such as the flowers in the main image for the AniRec entry. Definitely a huge plus for the animation... it's too bad the rest of the OVA couldn't shine as brightly. SoundI'll make this brief: average, totally predictable fantasy music that does nothing for the feel of the series. Completely forgettable and non-exciting in basically any way. CharactersJeez, where do I begin. First of all, we are introduced to probably 20 characters (I am not exagerating), and we know something about maybe.. 2 of them. And even those two, we know almost nothing about. It's like someone said "Hey, let's throw in two giant groups of people, say the names, have them do fun magic things and everyone will be so amazed that they won't care who they are!". Everyone is so shallow that you don't care about what happens to anyone, good or bad. Not to mention, I still have no idea why Azusa was so OK with being in this strange world. Yes, it was a short OVA, but there was absolutely no resistance after the giant time gap we don't see (before/after the intro). Zero character development, characters that all seemed to match a FY character (which made them seem like copies), and all around genericness in the subject of characters made this unimpressive. OverallI decided to be nice and give a somewhat "high" (high as a series I hate can go) score, due to the fact that this is very beautiful eye candy. But seriously, on all other accounts, watching this is a terrible waste of time. Awful, ripped off storyline (or seemed like it), very shallow, thin characters emotionally and in general, boring music, and all in all a heavy dose of "OH MY GOD THIS SUCKS" to go along with it. Watch it for the eye candy. Mute the sound, and multitask... or eat a nice ham sandwich and then don't think about it anymore. Afterwards, you have the option to vomit up the ham sandwich on the series, since that's about what it deserves. 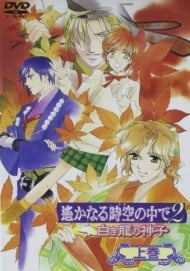 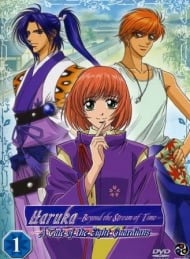 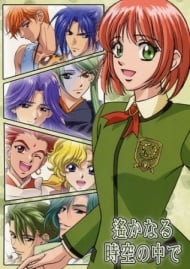 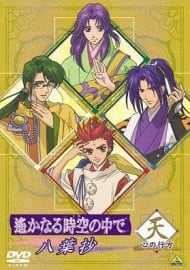 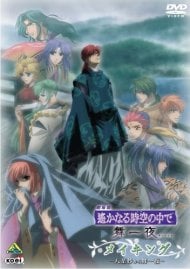 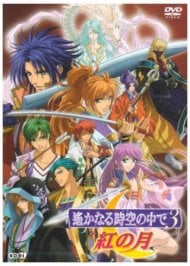 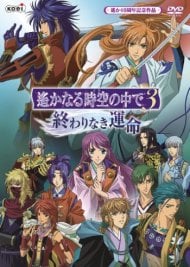 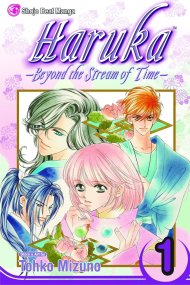 Haruka: Beyond the Stream of Time 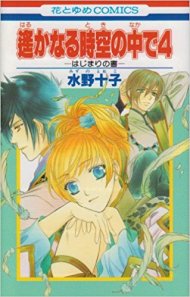 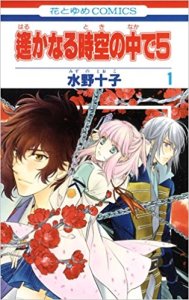