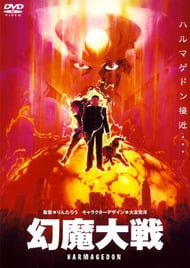 Tl;dr: 10/10 must watch... lol jk. Harmagedon is a look back into the darkest days of anime in the United States and the West in general. It's interesting to consider as a historical artifact, but it's also quite funny to watch these days. If you can find a version with the English dubs grab some friends, get properly drunk and pop it in for some great times. Story / Background: The plot is a bit hard to describe, so I'll leave it to ANN: Traveling to America on a goodwill mission, Princess Luna of Transylvania has a vision. A life form of pure energy named Genma that destroys everything on it's path is heading towards Earth. To save the planet, she must assemble psychics to confront Genma while at the same time she partners with an alien cyborg named Vega who once fought this menace before. From the limited amount of information I could find, Harmagedon was unsurprisingly a box office flop in Japan. Anime in the USA was a bit of a rarity at the time, with a small but dedicated fanbase that subsisted mostly off of bootleg VHS and even Betamax with the occasional official release from Japan. (As a kid, I watched Legend of the Galactic Heroes on literally dozens of bootleg VHS) In the days before the Internet as we know it today, it was a somewhat common practice for poor sellers to get slapped with extremely shoddy dubs and dumped on the American market in an attempt to make up for low sales in Japan. Deprived American anime fans would take anything they could get and would gladly buy even garbage like Harmagedon. If you don't believe me when I say people really liked it, just take a look at this guy https://www.youtube.com/watch?v=234GZjsg1wk. (Interestingly, it's likely for similar reasons that English dubs in general got such a terrible reputation.) Thus this movie was basically early-days Madhouse trying to dump a leftover bucket of shit on the American market, knowing that many people will pay very good money to be pooped on. It's a disaster of truly epic scale that is so awful it almost defies belief. And did I mention that it's pretty lengthy? Over 2 hours, to be precise. Animation: It might be the least bad part, if you adjust your standards for its age. Some textures and colors are kind of muddy and the overall color palette is pretty bland, but generally it's OK. Some of the visual effects are quite complicated, considering Harmagedon predated pretty much any form of CGI. It does lack a lot of the intricate detail seen in a lot of other [worthwhile] hand drawn oldies, but hey I'll cut it some slack in this department. Sound: Ahh, yes... the "best" part of Harmagedon is the sound, specifically the English dubs. The Japanese VO is also pretty terrible (that's right, I've watched the whole movie more than once), but the English dubs are bad enough to cause brain damage. A large portion of the English cast either remained uncredited or never did anything else, which says to me that they were mostly made up of people hired at random. At any rate, it's pretty clear that the cast didn't have any talent whatsoever for voice acting. Lines are delivered either in a disinterested monotone or over-the-top melodramatic and are quite hilarious. Especially the intro, which had me laughing until my sides ached. And it's not just the delivery, the lines themselves are hysterical (PUT ME DOWN JOE NO PUT ME DOWN JOE JOE JOE https://www.youtube.com/watch?v=PLJ-_xQp_DU&t=55s). Oh, yeah I guess there's music too but it's not very good. Characters: Lol, no. You read that she was a princess from Transylvania, right? Summary: Harmagedon is one to teach you to appreciate how good these days are for anime fans. Just think, this piece of trash might have been the only thing you could get your hands on! Instead, nowadays people with exceptionally high amounts of self-loathing and masochism like myself have to actively seek out relics like this. It's great fun to watch and laugh at when paired with copious amounts of alcohol and a bunch of friends gathered for Bad Movie Night. Conclusion: Must watch, but not because it's good. 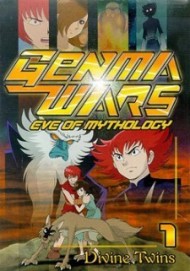 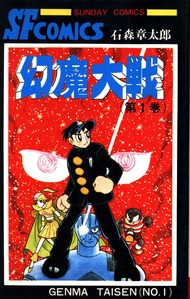