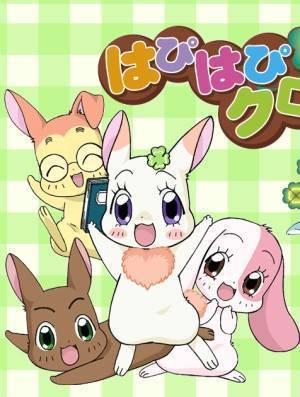 The anime is fairly episodic, but the story it does tell is done well. The characters live in a communistic society mainly due to the abundance of resources devaluing goods. Services are not traded for each other but instead the citizens simply feel obligated to contribute in the way they can. In their town a certain job was not being done correctly so the protagonists, whom are children, take it upon themselves to make sure this duty is done well. Through this job they learn more about their world and mature as characters.

The art in this anime is quite different from other series. The characters are all animals and are not anthropomorphic, but they use their body parts in humanoid ways. The fantastical plants introduced in the series are modeled well. The background art is decent but not too noteworthy.

The voice actors do a good job at portraying their animal characters. You can feel the emotion when it's needed and the bad raps are exactly what you would expect from how the characters react to them. The sounds of nature are done well.

The child protagonists were written exactly how children actually act. They may seem clueless or selfish at times, but it's always for good reason. The friendship and romance between the characters is fun to see as well as the pranks they play on each other. The characters are all quite deep and they all have their own role to play. The adults have interesting jobs related to what animal they are and they make good use of their skills. It's one of the most interesting and diverse casts I've seen.

Part of the reason why I loved this anime so much is because of its resemblance to TV shows and movies I've seen in my childhood. Not many anime have animal casts and not many TV series with animal casts have them written this well. Their culture is different from our own, but it seems realistic for what they are. It's fun learning new rules about the flora unique to their world and how the inhabitants use them to their advantage. With all of the world building and character development this story could go on for a long time without seeming repetitive, but even with its short run time it manages to do a lot.

This anime is fun for kids to watch, but there's also a lot of depth to it. As a kids' series it has some strong role models and shows kids what consequences their actions may have and what the best solutions to certain problems would be. As a fantasy slice of life anime it also does well by showing how the characters interact with their world and what struggles they face in it. Overall it was a great series.

It's cute, for me it was nostalgic since I read the books as a kid. It's just a nice cute story to put on in the background while you're doing other things. I'm sure some people would see it as boring but it's supposed to be light and casual. It's definitely a kids show, but for what it is it's cute and enjoyable.