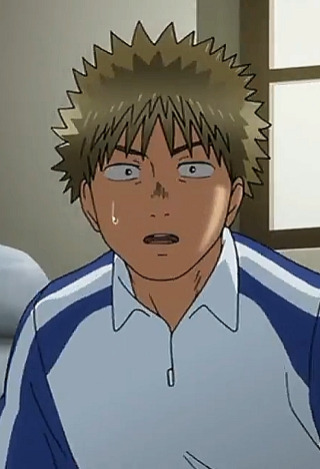 This short and skin deep OVA is meh at best.

The animation is okay and does not deserve to be further discussed than that.

As for characters and story is worth a chuckle no more no less.

The MC,  Hamaji, Youhei, is a pervert and really has no depth to him at all. He spends most of the story in the nurses office after an incident at the pool involving boob exposure and a water polo ball to the head. While he recovers he goes through a series of dreams about the girl that hit him, , but always ends up with him almost having intercourse with a guy, character name not given, and waking up screaming. Hagiwara, Chisato is there when he wakes up most of the time. The first time she's there he gropes her breast and is knocked unconscious by what seems to be Hagiwara girlfriend, her name is not important for it adds nothing to the story. The final time he wakes up the water polo coach, Miyoshi, Manami, is there and begins to seduce him. Still thinking he is still dream he lets her. Stupidly after realizing he's awake and his virginity is about to be taken, he foolishly runs out.

It's so funny watching the anime