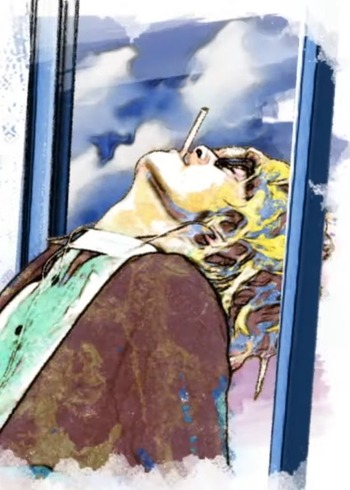 Centers on the relationship between an "artist" and a "grader," in a new field of art known as "perception art." Kazuya Yamanashi is the son of a couple who are considered one of the founders of perception art, while Jun Tsuzuki is his friend. Both are childhood friends with Kyo Takise, who also has influential art parents, and is also a grader.

The official music video for At Atelier, by FAKE TYPE..

The official music video for Natsu wo Ikiru, by Ryokuoushoku Shakai.

An artist sits down one say with a lump of clay and attempts to mold the form of a beautiful woman. However, the woman rejects him and turns into a demon, but as he tries to start again, a fight breaks out...

A young and kind peasant boy named Ma Liang helped a rich man to tend cattle. He liked drawing and drew pictures everywhere and had the greatest dream to be an artist. He works very hard to achieve this dream even though he doesn’t own a paintbrush.