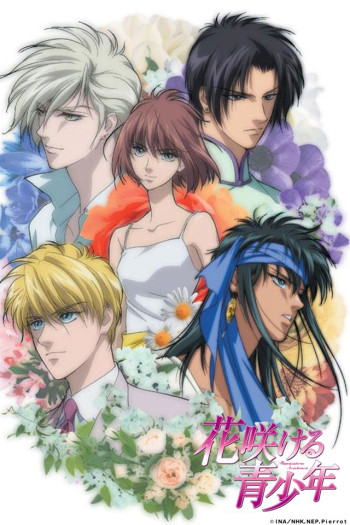 Lee-Leng starts to realize the secret behind Harry’s birth. In the meantime, Kajika brings over Eugene, who has been kicked out of his apartment, and Lee-Leng reluctantly agrees to let him stay. The next to suddenly arrive is Rumaty, who is in America on political business on behalf of his sick father, and Kajika is overjoyed at their reunion. While they are talking, Quinza comes to bid them goodbye for his return, and something in his parting words makes Rumaty feel uneasy…

The Day When the Long Night Ends

Something that Never Changes

In the kingdom of Kouka, Princess Yona lives a sheltered but peaceful life with her pacifist father, King II. Surrounded by attentive servants and protected by her bodyguard Hak, Yona's only difficulties in life are her unruly red hair and trying to convince her father to let her marry her cousin, Soo-wan. But on the night of her 16th birthday, Yona suddenly...

Both of these animes feature main caracters who were sheltered as a child with childhood best friends. They are both pushed to, in a broad sense, find themselves.

In Hanasakeru Seishounen, Kajika lived on an island for most of her childhood and Li Ren would occasionally visit her. Her father plays a game with Kajika where she will meet three men and choose one of them to marry her. As she does so, she learns more about who she really is and how her position as the daughter of Harry Burnsworth helps but also restricts some of her movements in doing what she believes.In Yona of the Dawn, Yona is the daughter of King Il, and as a princess, her father gave her everything she wanted. There was no need for her to venture outside her small world. That is, until she was chased out of the castle with one of her childhood friends, Hak. After speaking with a priest, she goes on a journey to find four dragons. Throughout this journey, Yona grows from a weak princess who always thought of herself and needed to be protected, to someone who looks out for others as she struggles to stand on her own feet.

I agree and while I just watched Yona, I sometimes thought of Kajika and how similiar the two women were. They both had a strong sense of justice for the weak and both felt they had to do something about it themselves rather than just let the beautiful, strong men around them take care of it. If you like one show with a strong female lead character then you will like the other.

Both of these shows feature a girl who should, based on her sheltered past, be spoiled, pampered, and weak, but who ends up being incredibly strong willed and brave.  Both of them travel around in search of a group of men who are rare and unique, and who flock to her because of her leadership, inner strength, and charm in order to protect her.  On their journey, they help each other and those around them as they learn about the world and grow as individuals.  These shows however, are not your typical reverse harems. They both feature fighting, murder, and politcal intrique.  If you are looking for a complicated story with depth and powerful, fascinating characters, then these shows are for you.

The Arcana Famiglia is no ordinary mafia. The organization, headed by the powerful Mondo, lives on Regalo Island and protects its citizens from crime and corruption with the help of certain members who wield supernatural powers known as Arcana. But Mondo is growing older, and has decided to organize a tournament to determine which Arcana wielder will take his...

Both of these shows star spunky-yet-gentle female heiresses whose fate/marriage is being decided based on a game. 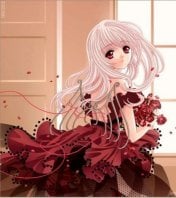 Both These Shows have a theme of finding the perfect husband for a daughter of a very important father. La storia della Arcana Famiglia is more of a fantasy type with special powers and Hanasakeru Seishounen is more a reality and/or more real life senario. Both are good animes.

Neo Abyss Angelique and Hanasakeru Seishounen both have the same type of feel to them.  The heroines are strong willed characters trying with all of their might to do the right thing.  It does not hurt that both of these females also just happening to be surrounded by extremely good looking guys in the process!